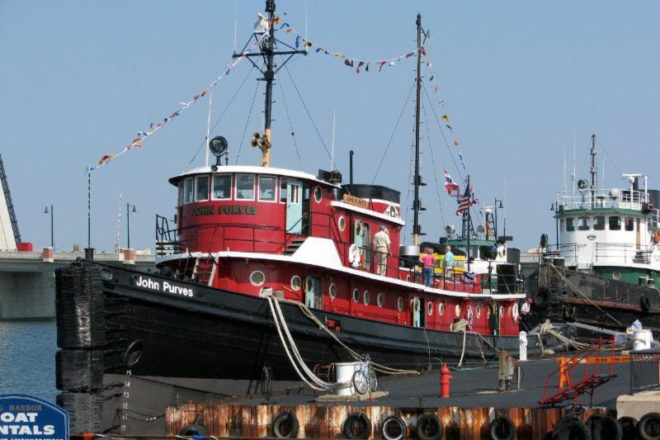 The tugboat Butterfield was constructed in Elizabeth, New Jersey, in 1919 and served the U.S. Army during World War II from 1942 to 1945 with the designation LT-145, supplying garrisons in the Aleutian Islands. Capt. John Roen of Sturgeon Bay purchased the tug in 1956 and renamed it John Purves in honor of his good friend and the Roen Steamship Company’s longtime general manager.

The John Purves was donated to the Door County Maritime Museum in 2003. Its painstaking restoration by a dedicated crew of volunteers and donors took five and a half years, more than 30,000 volunteer hours, and almost $1 million in cash donations. Since opening as a floating exhibit in 2008, the John Purves has hosted more than 60,000 visitors for tours. The museum will celebrate the service of LT-145 with a special Veterans Day social-media “rechristening” event.

The Maritime Speaker Series programs are held monthly on the first Thursday, October through May, in the Reddin Bridge Room of the Door County Maritime Museum, 120 N. Madison Ave. in Sturgeon Bay. Admission is free; a nonperishable food donation is appreciated.