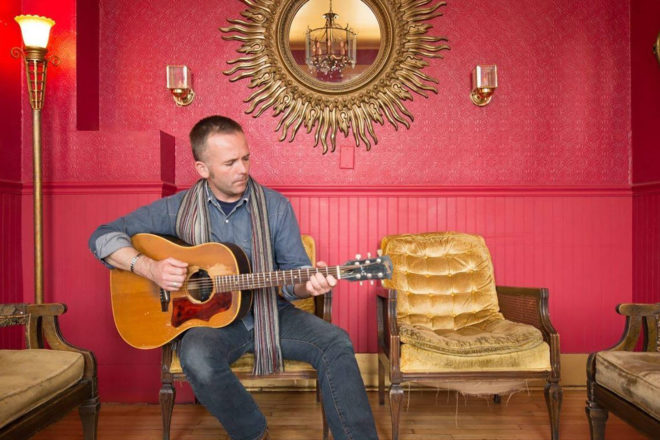 From June 14-17, nearly 130 artists from around the country will gather in Sturgeon Bay for four days full of collaboration, songwriting and performances at Steel Bridge Songfest. The 14th annual Steel Bridge Songfest centers on “music so fresh, it hasn’t been written yet,” where songwriters come together to write and perform new songs inspired by the Michigan Street Steel Bridge, which was originally dedicated as a Door County Veterans Memorial, and the local Door County community.

While musicians come from all over the country, Door County is represented with favorites like WiFEE and THE HUZz BAND, Dirty Deuce, Cathy Grier, Ruby James Band, and many more. Pat MacDonald also makes an appearance performing with Eric McFadden in The Legendary Sons of Crack Daniels after a two-year hiatus from music while he underwent intensive treatment for stage-four cancer.

Throughout the week, many of the artists at Steel Bridge Songfest take part in the “Construction Zone,” a week-long songwriting marathon hosted by the Holiday Music Motel that encourages artists to collaboratively write and record new songs each day. These new songs are performed on stage during the festival and songs from previous years are available for purchase.