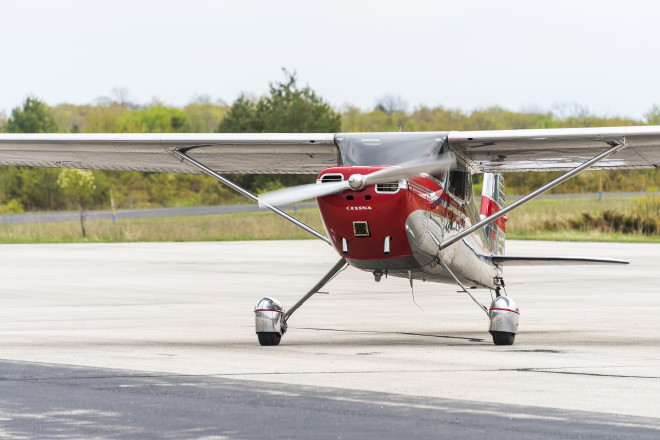 A plane takes off at the Ephraim-Gibraltar Airport. Photo by Len Villano.

At a regular town board meeting in Gibraltar, committee reports were going along as usual. There was nothing from the Noble House committee, a bit on the waterfront redevelopment and a report on a house fire that was taken care of smoothly.

When it was time for the Airport Commission’s report, Myrvin Somerhalder stood up and moved to the side of the room, visible to all the board members and residents in the audience. He opened a folder brimming with papers and looked up.

“We are entering a new era at the airport,” said Somerhalder. Few knew that the first era dated all the way back to May 25, 1944.

That was the date of the first committee meeting of the airport. Both Ephraim and Gibraltar appointed members to be on the committee, which changed its name to a commission in 1990. The committee featured some notable names such as Robert Seiler and the Thorps.

“The first minutes do mention that the two business groups, one in Fish Creek, one in Ephraim, they were the ones that thought of the airport and they’re the ones that started planning for it,” said Somerhalder, who is known to hang out at the Gibraltar town offices and sift through piles of old meeting minutes.

But immediately after the formation of the airport, there was an identity crisis. The Bureau of Aeronautics in Madison, a branch of the Department of Transportation, didn’t know what the name of this new little airport was.

A dual propeller (front and rear) experimental airplane built by pilot Jim Rodrian and his wife. Photo by Len Villano.

This little difference was printed on all aeronautic maps and information. The charts said one name or the other based on who answered the phone when the mapmakers were calling. It continued like this for 50 years, until the bureau was tired of confusing the two.

“They wanted it straightened out,” said Somerhalder. “We were on the board when they came up and they asked the town board and the Ephraim board, ‘What is your name?’”

Thus the title of Ephraim-Gibraltar Airport was officially donned on the strip. But had things gone differently in negotiations between Ephraim and Gibraltar back in 1966, one of those names might have been dropped.

“Back on Feb. 8, 1966, the Ephraim village board sent the Gibraltar town board a letter,” said Somerhalder. “‘We want to buy your half of the airport.’ It took the town board a month to think about it. Then, in March 1966, they wrote back to Ephraim… saying the town does not want to sell their half of the airport to the village. ‘But would we be able to buy the village half? Just submit us the price.’ They never heard anything more.”

Gibraltar town chair Dick Skare called over to the town clerk, Beth Hagen, to keep an eye out for their response 50 years later.

While most people today view personal recreation at the airport as a luxury, that truth is a modern one. For years, rural airports were most frequented by farmers in single engine planes and for health and safety services.

Farmers used small planes for crop dusting, or applying crop protection products from small agricultural aircrafts. This reason explains the thousands of privately owned airports registered with the Federal Aviation Administration (FAA) that look like little more than unused land in the middle of crop fields.

Small airports were also used to fight fires, transport locals in an emergency, search-and-rescue missions and providing supplies during natural disasters. While the Ephraim-Gibraltar Airport is now used primarily for private transport, recreation and tourism, its original value was in high demand, encouraging attempted buyouts from each of the municipal owners.

But the world of aviation was changing and when the airport paved its runway in 1970, the demand for airport use increased.

“From then on, the airport started progressing and by 20 years later, 1990, we had a number of people asking for hangars out there,” said Somerhalder. At the time, the airport committee restricted the construction of hangars to residents of Ephraim or Gibraltar. But when the FAA called and said the airport could not discriminate against a person’s home address, more hangars went up.

Now the Ephraim-Gibraltar Airport boasts 29 hangars on the property, with plans to establish more this year after fielding calls from three people who are eager to build. Hangar rentals are the main source of revenue for the airport and since the land is simply leased to others to build the hangars at their own expense, it’s a cheap way to make money as well.

Still, the airport has struggled to make much profit in the past few years. Although 2015 looks promising to stay in the black, two out of the previous five years the airport has failed to turn a profit. Adding to the financial concern is the lack of lust for a pilot’s profession. 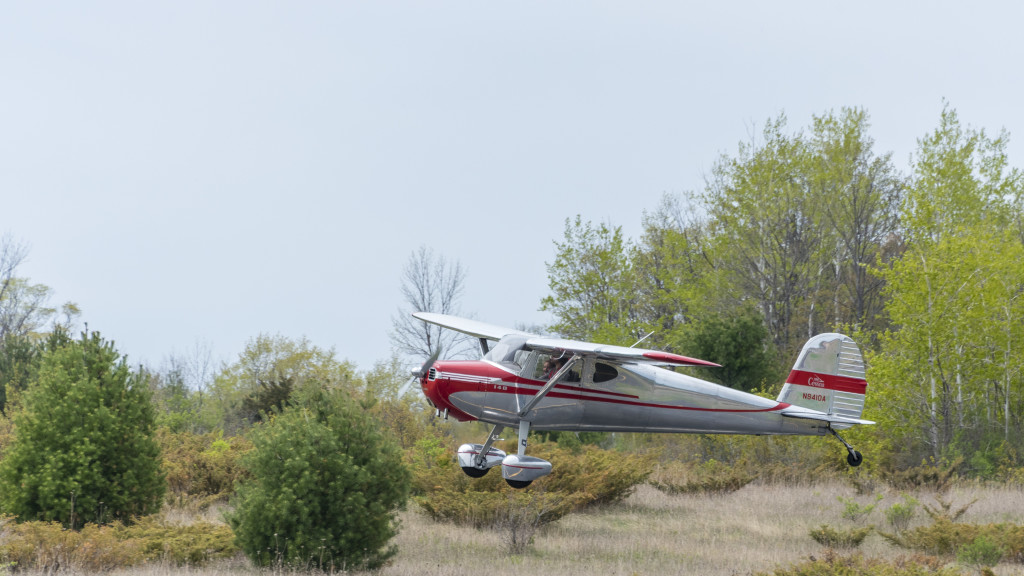 There are 210,000 fewer pilots in the sky today than there were in 1980. Four hundred public airports around the country, mostly small ones such as Ephraim-Gibraltar, have closed since 1990. But interest and support in the Ephraim-Gibraltar Airport has held steady and even expanded with the 2011 purchase of an extra 20 acres of adjacent property. Somerhalder credits this to some of the new progressive commission members who have their background in business and don’t like seeing any red in the budget.

“Right now, it looks like we might be ahead of the game for this year and that’s mainly due to the new members on the commission,” said Somerhalder.

The new era that he was talking about followed the resignation of Jon Neville from Gibraltar, who had served on the airport commission since 1990. For 72 years, since the first meeting of the airport committee, a Gibraltar representative has served as chair for the group. Now, with the election of Marty Franke to chair, Ephraim will get its first representative at the head of the commission.

But not much will truly change. The commission will still host events such as the Young Eagles Rally, giving the youth a chance to interact and fly with local pilots. The airport will still be a place for scenic tours. With better technology in planes, the airport might even be able to take in larger passenger crafts, providing a new way to get to and leave the county.

And Gibraltar will still keep their eye on the mailbox for Ephraim’s response to a question posed half a century ago, “What is the airport worth to you?”