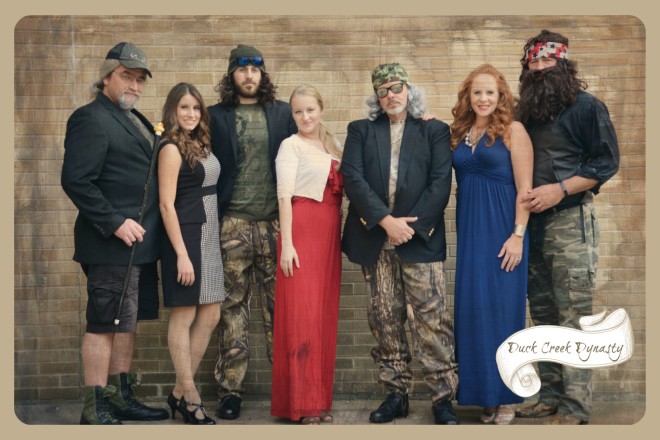 Let Me Be Frank spoofs the Robertsons of Duck Dynasty fame with an original story of the Robinsons from Duck Creek in this new production. Duck Creek was named, well, after ducks, so what better place to build a duck decoy empire than in Duck Creek, right in the heart of Howard-Suamico.

In this spoof, Phil Robinson has invented a duck decoy that resembles Daffy Duck and it is sweeping the nation. His son, Willie, has taken the product and built an empire with Duck Creek Commander decoys, a fake rags-to-riches story. Fleet Farm comes calling and wants 500 decoys for their sporting good show at Lambeau. Can the boys do it? Willie will find a way to get the boys motivated, Willie’s brother, Jaz, will find something to get them out of working and Slye, well, he just loves to drink iced tea and kill the English language. Come watch the shenanigans of the Robinson clan as they reference Howard-Suamico in everything they do.

Duck Creek Dynasty will run one night only on Jan. 30 at 7 pm. Tickets can be purchased at southerndoorauditorium.org or the Southern Door District Office. For more information call 920.493.5979.