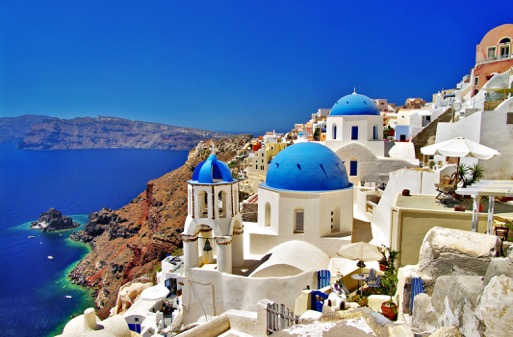 Be sure to mark your calendars as the Kiwanis & Rotary of Door County North Clubs continue their travel and adventure film season on Feb. 5, offering a dazzling voyage throughout the great Mediterranean Sea. Bordered by some 20 countries, this beloved body of water has for more than 2,000 years held a spell over artists, writers, history-lovers, food and wine aficionados and all those seeking “the good life” of the great “Middle Sea” of the world.

Marlin Darrah, the world’s most-traveled filmmaker, will be on hand to narrate the film’s exploration of the region’s diverse natural geography and some of the unique towns and major cities peppered around the Mediterranean. This epicurean journey moves east to west, beginning in exotic Alexandria, Egypt and sailing on to such alluring locations as Kusadasi, Ephesus and Istanbul, Turkey; the romantic Greek Isles of Mykonos and Santorini; intriguing Kotor, Montenegro and Dubrovnik, Croatia. The journey continues to incomparable Venice, Florence, and Italy’s stunning Cinque Terre coastline. Ports of Call will also include the French Riviera and Aix-en-Provence, Spain’s wild Costa Brava towns and cosmopolitan Barcelona. The odyssey visits the famed Rock of Gibraltar – a British Territory (and one of the “Pillars of Hercules”) and last but not least, viewers will be taken to bask in Portugal’s lovely Lisbon and Sintra nestled along the very western edge of the glorious and chimeric Mediterranean.

Darrah’s 34 years of production experience have taken him to more than 140 countries worldwide, yielding more than 70 documentary and travel-adventure programs during his career.

Showtime is 7:30 pm at the First Baptist Church of Sister Bay. Tickets may be purchased at the door. Admission price is $7 for adults or patrons may purchase a season pass for $36 (good for six admissions throughout the season); children under 18 are admitted free. Refreshments will be available during intermission. For more information, contact Gary at 920.854.4825 or Larry at 920.839.9419.