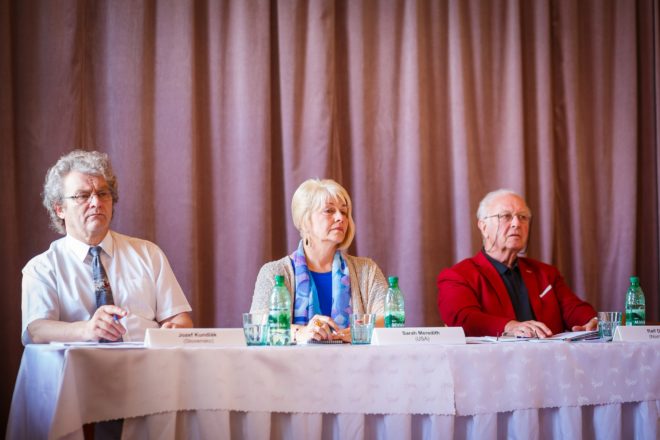 Professor Sarah Meredith Livingston of Sturgeon Bay was invited to be part of the international jury at the 22nd Schneider/Trnavsky International Voice Competition, May 20-28, in Trnava, Slovakia. The competition consisted of 115 singers from 16 countries. Prizes were monetary and guest performances/concerts with opera companies and orchestras in Eastern Europe. 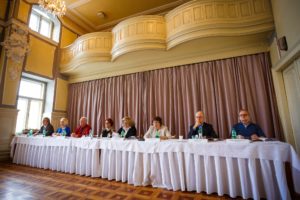 Livingston, University of Wisconsin-Green Bay Professor of Music/Women and Gender Studies/Global Studies, was the only American among the 11 distinguished judges that included the famous soprano Gabriele Benackova, among others. One of the judges, Mariano Horak, a European agent who hails from Zurich, Switzerland, will be one of the guest judges for the Czech/Slovak Competition held at UWGB in October 2017. Livingston also awarded a travel prize to soprano Lucie Kankova who will come to the CzechSlovak International Voice Competition held on the UWGB campus in October 2017. The award was provided by the generosity of the Sharon Resch Foundation.