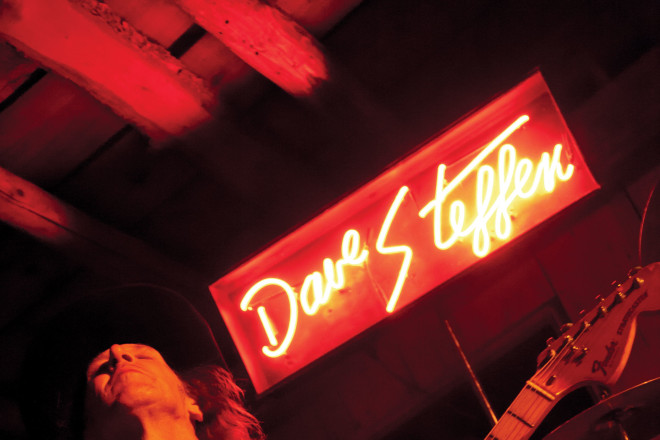 Dave Steffen has pumped electric, blues-rock energy into the Door Peninsula for over 20 years. The Dave Steffen Band has toured across the states for nearly 30 years, driving from Wisconsin, where Dave was born and raised, to California, Texas and Florida. 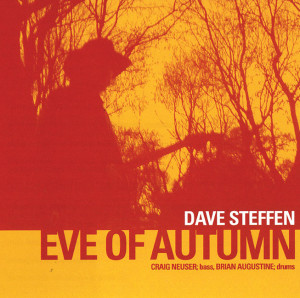 At 60, he is still a full-time musician and a gifted rock and roll artist. He looks a little grizzled these days; his gravelly voice tells of a lifelong commitment to music and the road. Somehow, he’s managed to stay under the radar.

I caught up with him after playing a gig at Stone Harbor Resort in Sturgeon Bay. The bar was crowded and the dance floor packed, with all ages grooving to awesome originals like “Phantom Lady,” off Steffen’s 2004 album, Eve of Autumn.

Brittany Jordt (BJ):  You seem to have a wide range of audience members. What do you think makes your music appeal to everyone?

Dave Steffen (DS):  Especially at Stone Harbor, you get people from all over. I play for the young and old and everyone seems to get along, dance and have a good time. It’s really a lot of fun. I enjoy what I’m doing. I’ve been doing it a long time. I’m really blessed. I still love playing the guitar and love being out there.

BJ:  I heard you cover “Black Magic Woman.” Do you find yourself playing mostly covers or originals? I saw that one of your fans typed a request list 10 songs long!

DS:  I try to play all requests, and I have fun doing that. One guy, he requested mostly my original songs and some old classic favorites. I’m lucky that I can get away with as many originals as I do. I think the reason is because they’re bluesy and danceable and people can relate to them.

BJ:  How did you become a musician?

DS:  I guess I grew up listening to my sisters’ music. I was the youngest and they started listening to rock and roll in the late ‘50s and early ‘60s. The guitar fascinated me. I always liked Chuck Berry. When I was six years old I started playing. Then when I was 10 I took acoustic guitar lessons, and I got a guitar for Christmas that year. It looked so easy, but it didn’t come easy. I was bound and determined and kept practicing. I couldn’t believe how hard it was.

BJ:  When did you start performing for an audience?

DS:  When I was 12 I had my first gig in a bar. I had to bring my parents for a chaperone. By the time I was 16 or 17 I had a band; we really stressed harmonies and vocals. The Love Society…that was in the ‘60s. We did “Do You Want to Dance,” by Bobby Freeman, a slow version with harmonies. We got a national recording contract out of it, and I wasn’t even out of high school. Later on I got with the band Sunblind Lion. We had a regional hit called “Jamaican Holiday” which was played on the radio from Milwaukee to Green Bay to Minneapolis. That was in the ‘70s. 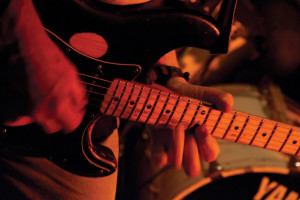 BJ:  You really rock out during live performances. Those guitar solos were amazing! Who were your influences?

DS:  I was listening to Led Zeppelin, Eric Clapton, Albert King, BB King…the great guitar players. I just listened to them, all the time. I was into the basic rock and roll licks. Oh and, of course, Jimi Hendrix and Bob Dylan’s guitar player, Mike Bloomfield. All the bands that were making it in the ‘60s.

BJ:  When did you get the Dave Steffen Band together?

DS:  I started the Dave Steffen Band in 1981 and a little after that I moved to northern California. I was living north of San Francisco, and I got involved in that music scene out there. I hosted this open mic night in San Rafael, and all kinds of people came out. I met Santana, Steve Perry [of Journey], and members from the Huey Lewis Band.

BJ:  How did you get your start playing in the county?

DS:  I moved back from California in the late ‘90s. We played a lot of gigs at the Carlsville Roadhouse…we’ve been playing there a long time. They had a spring-loaded dance floor and we got people dancing well into the night. Glenn Thorn owns it; his mom Doris used to sit us down at the end of the night, and she baked two pies:  cherry and apple. She stayed up to serve the band pie, ice cream and coffee.

BJ:  You’ve been out on the road a long time. Do you still make your living as a musician?

DS:  Yes, everyone in the band does it for a living, and we love to travel. We mostly tour in the Midwest now:  Michigan, Minnesota and Wisconsin. We also get out to Maui, Hawaii. I’m an entertainer, whether it’s more of a concert, performance, special event or late night bar jam. I play for whatever’s going on and enjoy seeing people having a good time! I do my own thing, too.

BJ:  Have you released any new music recently?

DS:  I’ve got over 10 albums of original music. In March I released, The Second Wind, inspired from the World Race 2011, a car race that’s going on with 25 cars traveling around the world 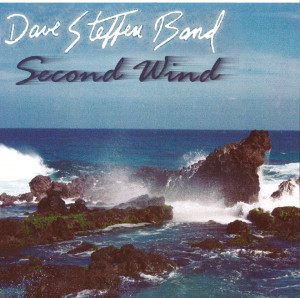 . It started in the middle of April and finishes late July. They burn all kinds of alternative fuels. The title track, “Second Wind,” was written for the race.

BJ:  Where can people look for the Dave Steffen Band this season?

DS:  I’ll be playing with my current band members, Craig Neuser on the bass guitar and Spencer Panosh on drums, at Cooper’s Corner September 3rd, and we’re coming back to Stone Harbor September 10th and 11th. We’ll also be at Mojo Rosa’s on October 8th.

BJ:  At the end of the day, what’s the most rewarding part of your job?

DS:  I’m an old guy; I just turned 60. I’ve been doing this pretty much all my life. We went through the hard times, the good times, and we’re still rocking. I try to surround myself with good musicians and good people. We all have a good time doing it. I gotta thank the people of Door County who are so supportive of the band.