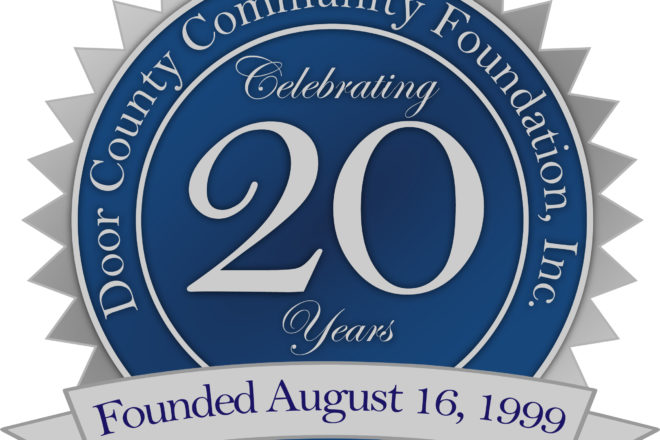 On August 16, 1999, prominent Door County residents Tom Herlache, John Herlache, Mike Felhofer and Eric Paulsen met with representatives of the Greater Green Bay Community Foundation to formally organize a board of directors and adopt the articles of incorporation to create the Door County Community Foundation. As the foundation celebrates its 20th anniversary, it seemed appropriate for me to talk with a few of the visionaries who brought this institution into existence.

“In 1999, it became obvious that Door County needed its own community foundation,” said John Herlache. “It was felt that Door County should have its own foundation to preserve and grow its own charitable dollars, eliminating outside interests in controlling those funds.”

His brother, Tom Herlache, recognized the significant role that philanthropy plays in our quality of life. Building a strong community foundation would raise the level of charitable giving to benefit all of the community’s charities.

“As you know, Door County’s character and attractiveness are dependent on a high level of philanthropy,” said Tom Herlache. “I was also aware that we wouldn’t need to start from scratch because the Greater Green Bay Foundation would help us get started.”

The Door County Community Foundation was initially organized as an affiliate of the Green Bay entity. Twenty years ago, as a young staff person for the latter organization, one of my responsibilities was to drive up to Door County regularly to help the newly formed board grow its young institution.

Frankly, it was audacious to believe that a county as small as Door could sustain a community foundation of its own because the vast majority of Wisconsin’s counties are served by a larger, multi-county foundation in a big city. Yet ignoring conventional wisdom and making bold, strategic decisions would become a hallmark of this board.

Just a few years after the Door County Community Foundation was launched, the board decided it needed someone to focus exclusively on the county, so it climbed out on a financial limb to hire its first paid staff person.

“Bringing in Jane Stevenson as our executive director was a very big step for us,” said Mike Felhofer. “She was part-time, but we needed her because she kept us organized and focused.”

Then, in 2007, with only about $4 million in total assets, the board made the courageous decision that Door County would be better served long-term if the foundation became fully independent of its friends in Green Bay. Around the same time, Stevenson announced her intention to retire, which presented an enormous challenge for the board. Yet in typical fashion, board members embraced it as an opportunity to chart a bold, new course forward.

“Our next big step was in hiring Bret Bicoy as our president and CEO,” said Felhofer. “As an accomplished professional in this area, it would be a stretch for us, but we knew we could grow into his capability.”

In 2008, I came to work for the Door County Community Foundation full time and quickly learned that thoughtful, visionary thinking was the norm for this board of directors.

In the years since, the Door County Community Foundation has dramatically increased its ability to serve the community by growing its granting programs, expanding its professional staff and working hard to build collaborative solutions to address our shared concerns.

Last year, the foundation stretched itself again by purchasing a building. Thanks to renovations that were paid for completely by a few generous donors, the newly christened Community Foundation Square not only provides ample room for future growth, but it has also become a meeting place for the boards of many charities and local civic groups.

During the last 20 years, the people of Door County have entrusted the foundation with more than $37 million in contributions, $31 million of which has come in during the last decade alone. As a result, nearly $21 million has been granted out to charities in our community. The remaining dollars have been invested to form the corpus of endowment funds that will forever generate revenue for charitable work in Door County.

Under the board’s wise financial stewardship, the foundation’s total assets have increased to nearly $24 million today. This remarkable growth in a county of our size far exceeded the dreams of the people who founded the organization 20 years ago.

“Even $10 million in 20 years would have seemed like a stretch,” said Felhofer. “I don’t think I fully envisioned what our potential was or what we were able to achieve in such a short time.”

Tom Herlache said of the Door County Community Foundation today, “It is larger monetarily, and it is a bigger presence encouraging philanthropy and helping other nonprofits than I envisioned.”

John Herlache noted that ultimately, though, the foundation is just a tool. Money is merely a means to an end.

Bret Bicoy is president and CEO of the Door County Community Foundation. Contact him at [email protected]