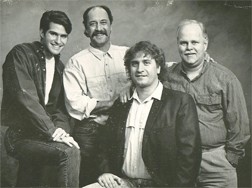 They are the quintessential Door County bar band. For 20 years the men of Big Mouth have brought crowds to the dance floor with their eclectic mix of blues, jazz and rock and roll, and a glance at their full summer calendar shows they have no plans to slow down.

When accompanied by the Power Tool Horns, their sound becomes dynamo – playing over 30 original songs and showcasing their talent with guitar, keyboard, drums, saxophones, trumpet and trombone and vocals.

Founded by guitarist and singer Jay Whitney in 1990, Big Mouth’s various incarnations may have played more different venues than any other peninsula band in memory. Who but Big Mouth can claim that they’ve worked the Bayside into a sweaty frenzy on a sweltering Monday night and featured a guitar solo atop the bar at Husby’s, but also made a home on the stage of the Door Community Auditorium, awed an evening swarm at an Egg Harbor Concert in the Park, and caught the eye of a FOX Sports camera crew during a Packers NFL playoff game?

The original quartet of Jay Whitney, Pat Judy, Woody Mankowski and Paul Sowinski will “get the band back together” June 23 at Sonny’s in Fish Creek and June 29 with a concert in the park in Sturgeon Bay.

They are the veterans, the stalwarts, the legends of the Door County live music scene, and 20 years in, they’re still showing us why they’ve earned a faithful following. Catch them rocking all over the peninsula this summer. 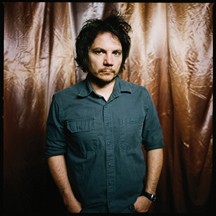 Alt-country pioneer Jeff Tweedy, Wilco frontman and one of the most influential musicians of the last 20 years, will take the Door Community Auditorium stage solo on July 8.

The 43-year-old Tweedy first earned acclaim with the band Uncle Tupelo in 1987 but rose to rock preeminence as the lyricist and driving force behind Wilco in the mid-1990s. Wilco and Tweedy have been bucking industry conventions for two decades, refusing to give in to pop influences, never fearing experimentation, and earning a passionately loyal following.

Tweedy’s stripped-down solo shows are all about his music – he has never cared much about appearance (or had much patience for audiences who come to his shows for anything but the music). His vulnerable solo sets feature a rare chance to soak in simplified versions of songs plucked from his long, varied career that has included side projects with Loose Fur, Golden Smog, and Billy Bragg.

Wilco expects to release its eighth studio album, Get Well Soon Everybody, in September. 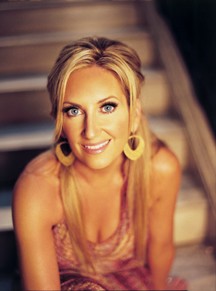 Country music often gets a bad rap. People think it’s all full of twang and the lyrics too superficial: about big trucks, tippin’ back some beers and talking big game about ladies and love.

Progressive country vocalist Lee Ann Womack, who will appear at the Door Community Auditorium Aug. 14, is an exception to the stereotype. She makes country music, no doubt, but her songs consistently blur the lines and cross genres, with strong pop influences that have earned her space on nearly every kind of radio station.

A Grammy award winning singer and winner of six Country Music Association Awards (including Album of the Year and Female Vocalist of the Year) she’s topped the Billboard charts with hits like “I’ll Think of a Reason Later” and “I Hope You Dance.”

With 2008’s Call Me Crazy, Womack turned back to her early career sound that earned comparisons to Tammy Wynette and Dolly Parton. 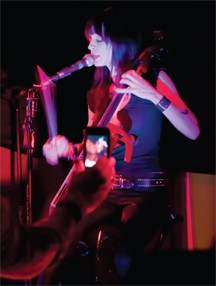 A singer and songwriter, melaniejane’s music was once described as bouncing between “bluesy-and-ballsy and folky-and-fiery.”

Regularly backing her lyrics with a medley of cello, guitar and keyboard (with the ability to also play the accordion, lowebow, shake stick and more), her performances are always eclectic. Her light, airy voice adds to the experience whether she’s playing solo or collaborating with other area artists.

For the past several years melaniejane has toured regularly with local legend pat mAcdonald, combining her blues and rock blend with mAcdonald’s eclectic instrumentation and delivery to form Purgatory Hill.

Strong female performers with a gift for original work are hard to come by, but songs like melaniejane’s “Love Takes a Holiday,” are sure to catch hold quickly and leave people with her lyrics lingering in their heads.

Don’t miss her upcoming performances this summer, including a solo appearance at The Cookery on June 30 and Purgatory Hill’s June 18 appearance at the Hitching Post.

A Tribute to Benny Goodman at Birch Creek July 21 & 22 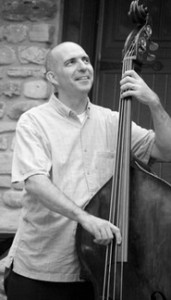 The Birch Creek Music Performance Center will celebrate the King of Swing with A Tribute to Benny Goodman on July 21 and 22.

The Dutton Concert Barn will fill with the sounds of Big Band, paying homage to Goodman’s remarkable impact on the popularity of the genre. His legacy and example have been inspirational to many aspiring musicians, so it’s easy to see why Birch Creek chose to celebrate this legendary musician. With a mission to provide intensive, performance-based instruction to promising young musicians by immersing them in a professional, mentoring environment, this Birch Creek event will surely fulfill that goal.

No doubt these performances will be full of energy and will have feet tappin’ and ladies and gents swingin’ in their seats (or out of their seats as Birch Creek will invite audience members to dance on July 22).