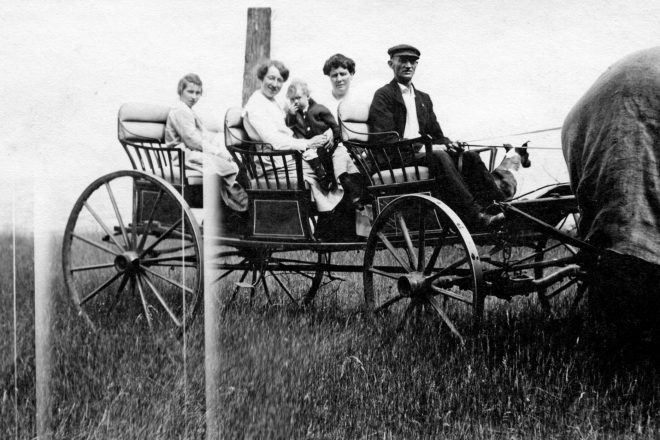 As the Village of Sister Bay proceeds into its 106th year as an incorporated entity, the Sister Bay Historical Society (SBHS) has launched an ambitious effort to continue the preservation of the village’s photographic past.

The SBHS photo archiving committee welcomes local residents to bring their personal historical photos and documents to the Sister Bay Library for scanning and recording into the Society’s archiving system. In many cases, photos will be scanned on the spot and immediately returned to the owner, but photos may also be donated outright to the SBHS. In either case, the photos’ owners can request a CD of scanned images so the donors can also preserve a digital record.

SBHS President Fred Johnson said the same type of photo-and-document-scanning project yielded thousands of Sister Bay-related images in 2012. “The reaction of local families back in 2012 was so positive and enthusiastic that we decided the time was right to do it all over again,” said Johnson.

The SBHS photo committee welcomes all Sister Bay and Liberty Grove residents to bring personal photos and documents to the Sister Bay Library every Wednesday from 10 am–12 noon, from Oct. 11 through Dec. 6. All types of photography are welcome, as well as legal documents and other printed materials such as ads, although the committee is primarily interested in images and documents from the far past through approximately 1980. For questions, call SBHS committee member John Nelson at 920.421.1589.