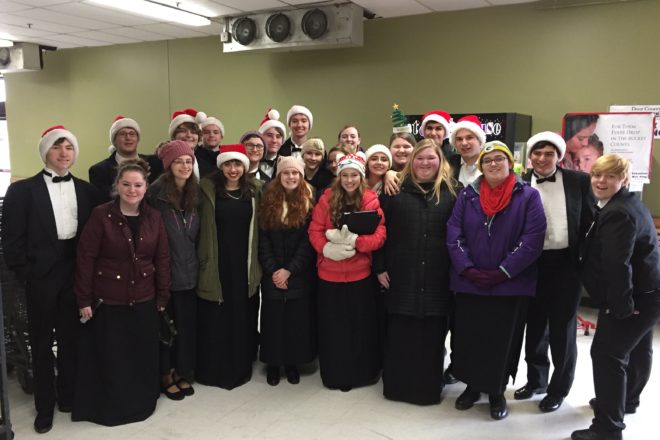 The Salvation Army of Door County had a record-setting and milestone-setting 2017 Red Kettle Christmas campaign thanks to the hard work and generosity of the community. A little more than $60,000 was raised, which is about a 10 percent increase from the 2016 campaign. The collected money stays in Door County to help those in need; their main focus is to combat homelessness. Of the total, $8,100 was collected in Northern Door thanks to a majority of the bell ringing slots being filled. Since the Northern Door Kiwanis Club helped get bell ringing sites organized in Northern Door 11 years ago, more than $85,000 has been collected. In addition, The Salvation Army “Coats for Kids” campaign for Christmas collected more than 150 coats along with hats and gloves, which were distributed to local children through the Boys and Girls Club of Door County.