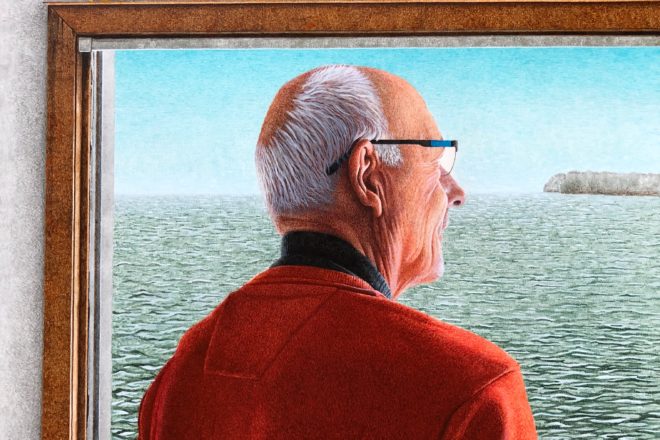 The 10th annual Door Prize for Portraiture will open for public viewing June 28 at Chez Cheryl Artspace in Baileys Harbor. This invitational exhibition features 29 emerging and established regional artists brought together to celebrate the portrait. Attendees will see portraits in varied styles and media.

Initially inspired by the Archibald Prize of the Art Gallery of New South Wales in Sydney, Australia, the Door Prize was the idea of Cheryl Stidwell Parker and her husband, Steve Lavell – a native of Australia – after viewing the Archibald Prize exhibit during a 2008 visit to Sydney.

This event not only encourages, honors and celebrates portraiture, but it also encourages connections with friends and artists. “This event has taken on a life of its own over the years, sharing with friends and making new ones. We are always impressed with the response from the artists who have been invited to contribute to this event,” Stidwell Parker said. This year’s guest juror is artist and retired Lakeland University Associate Professor of Art Denise Presnell, who will present awards for Door Prize Best in Show and several honorable mentions during a June 27 reception for artists, friends and art patrons.

The exhibit will be open for public viewing on Wednesdays, Fridays and Saturdays, June 28-July 17, 11 am – 4 pm.