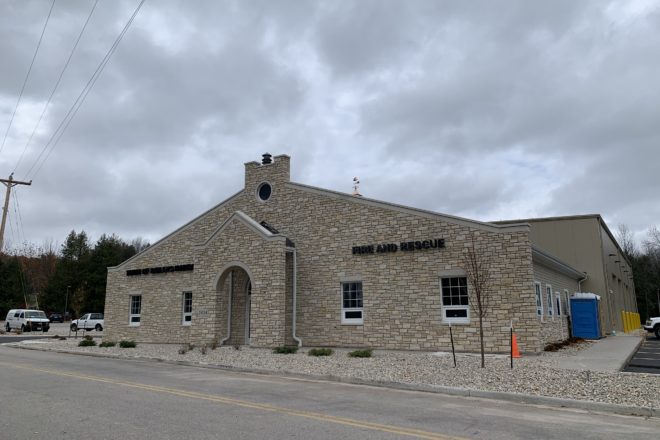 Baileys Harbor firefighters want residents to see how the facility and conditions have improved since constructing the $3.6 million fire station on the site of the previous station. To do that, they’re inviting the public to tour the new station during an open house and cookout fundraiser April 24, 10 am – 4 pm, with bratwursts, chicken breasts and burgers served. Donations will be welcome.

A few days before, on Tuesday, April 20, residents will see just a small part of the station during the annual town meeting.

“They’ll be able to tour the whole station,” Fire Chief Brian Zak said of the April 24 open house. During the event, residents, taxpayers and visitors can see how the voter-approved construction project is helping the department and town-wide fire protection.

When asked to mention the major improvements, Zak highlighted two.

For starters, the old station’s heating system had failed, and the lack of heat often made it impossible for firefighters to wash road salt off the trucks during the winter. That left more salt on the trucks, which in turn meant more rust to the chassis, body and various parts. The department now has a wash bay where firefighters can remove salt, soot and dirt from the trucks.

Zak said the wash bay will help the department use its fire trucks for 25 years or more and will help to maintain trade-in values.

He said the department has also updated its sleeping quarters and has a better meeting space, better storage, and proper and safe ventilation of truck exhaust.