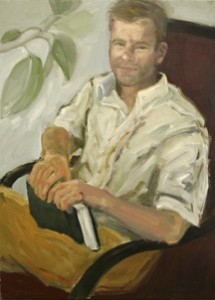 The Miller Art Museum will open its doors September 17 to the 36th Juried Annual Exhibition. The show is the result of the annual competition among two-dimensional artists from the local five-county area. From 5 – 6:30 pm, a public reception for the artists will take place with seven cash awards announced at 5:30 pm. Wine and appetizers will be served as people view the 43 selected watercolors, photographs, oils, pastels and mixed media works. The exhibit will continue through November 8. A critique of the exhibition by Sister Bay artist and teacher Craig Blietz will take place in the museum galleries October 13 at 10:30 am.

This year 172 entries by 91 artists were reviewed, one of the most competitive fields in several years. Jurors included artist/teachers Ed Fenendael of Baileys Harbor and Bonnie Paruch of Sister Bay, and artist Marilyn Stasiak of De Pere, who is also Curator of Art at the Neville Public Museum, Green Bay.

There is no designated theme to the Miller’s Juried Annual, so each year the subject matter is widely varied, and 2011 is no exception.

This year’s Juried Annual is sponsored by Baylake Bank and the Townsend Foundation. The museum is located within the Door County Library at 107 S. Fourth Avenue, Sturgeon Bay. Hours are Monday from 10 am – 8 pm and Tuesday – Saturday from 10 am – 5 pm. For more information call 920.746.0707 or visit http://www.millerartmuseum.org.