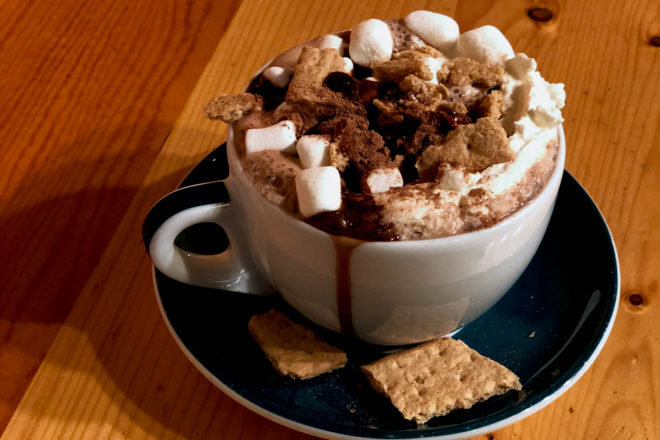 A wonderful thing about living in the Midwest that I’m guilty of taking for granted is the presence of four distinct seasons and the transitions from one to the next. As soon as you start to tire of the summertime humidity and endless lathering of sunscreen, a sign of cooler times to come pops up, giving you a new season to get excited about. This changing of the seasons is ingrained in our culture, holidays and, of course, our culinary world.

Each season has its own recipe staples and flavor superstars. Fall is a time for apple everything, tailgating recipes, pies and warm fall drinks such as the pumpkin spice latte. Love it or hate it, this year the Starbucks icon was back earlier than ever – Aug. 27 – and according to the staff members at local coffee shops, visitors are also asking for the seasonal special more frequently.

Here are five drinks to satisfy that fall flavor craving and mark the change in weather.

Now that Labor Day has come and gone, you’ll start to find this sweet and spiced latte at most area coffee shops. Brew Coffeehouse in Ellison Bay and Bearded Heart in Baileys Harbor have the latte available if you ask; Basecamp in Sister Bay is creating its made-from-scratch version using real pumpkin; and Big Easy Bagel and Beignet in Egg Harbor is currently featuring it as its latte special.

My favorite cold-weather drink is chai, whether served as a latte, a warm steeped tea, or “dirty” – with an espresso shot or two added. This has become a mainstream drink that most coffee shops serve year-round, but I think it’s best enjoyed when the brisk, fall air hits the county. The flavor is a blend of ginger, cardamom, cinnamon, allspice, nutmeg and cloves – basically the same spice as “pumpkin spice” – but with cardamom and ginger added. Skip Stone Coffee in Sister Bay is serving a tweaked version of chai – apple cinnamon chai – which introduces the fruit element you’ll want to try.

5th and Jefferson in Sturgeon Bay is featuring a cooler cousin of chai: Thai iced tea. It uses a Thai tea blend with black tea and spices, which is then mixed with a sweet, thick cream and served over ice. It’s perfect for the warm Indian summer that’s bound to appear this month before really turning the page to autumn.

Basecamp in Sister Bay is also planning to add more fall-inspired drinks and food items to its menu now that September has arrived, but this sweet sip is here to stay: the Campfire Cocoa. It’s a divine hybrid of real hot chocolate and s’mores – a pile of mini marshmallows, chocolate drizzle and graham-cracker crumble – that can pass as a dessert or quick, sugary pick-me-up. All that’s missing is your campfire-smoke-saturated flannel.

There are more seasonal drinks and cocktails to be found all around the peninsula and on Washington Island. This is just a small sampling to get you started!