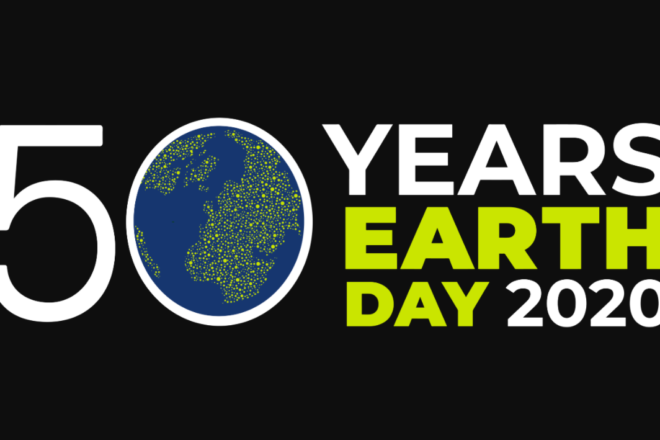 Normally during the week leading up to Earth Day, we dedicate the heart of the Peninsula Pulse to our Sustainability Issue. Unfortunately, this year there simply aren’t enough pages available to present our complete 14th annual special edition and still provide all the news that people in our community need as we face the unprecedented challenges of the COVID-19 crisis.

Still, on Wednesday, April 22, we’ll celebrate the 50th anniversary of Earth Day: a day that may never have been so important to recognize as it is now. To mark this, reporter Jackson Parr interviewed Tia Nelson, the daughter of the man who started it all: Gaylord Nelson. Nelson was the Wisconsin senator who spent years working to inject environmental issues into the national debate, eventually launching Earth Day as a grassroots movement to raise awareness.

“The purpose of Earth Day was to get a nationwide demonstration of concern for the environment so large that it would shake the political establishment out of its lethargy and, finally, force this issue permanently into the political arena,” Gaylord Nelson once said when he looked back on the first Earth Day in 1970.

And at a time when many of us are stuck in our homes with lots more time on our hands, there’s no better moment to finally plant that garden, get those chickens and start homesteading. Angela Sherman recounts where her journey into the homesteading life has taken her and offers some tips she wishes she had known when she got started.

And Polly Fitz gives us a glimpse at how some of our local growers are adapting to life in the era of the coronavirus. Fifteen years ago, the idea of restaurants and residents buying meat and produce was a fringe proposition, but thanks to the persistence of growers such as those she profiles, we have options on the peninsula in the midst of national supply-chain disruptions.

And though there will be no in-person celebrations this Earth Day, no festivals or concerts, you can still celebrate and contribute as you keep your social distance. Pick up trash during your daily walks. Plant trees in your yard. Start composting. Figure out ways to reuse more so that you’ll need to discard and recycle less.

Or, just take the advice of health experts and stay home. In Los Angeles, the shelter-in-place order has created clear skies. In many cities, it has opened up streets for pedestrians rather than cars. In our response to COVID-19, we’ve shown that the impossible is possible. What was considered unthinkable on March 6 – closing schools, shutting down professional sports, canceling March Madness – seems ho-hum a few weeks later.

So now, how impossible does it seem to take the massive steps required to prevent further climate change?

Is it likely? Sadly, I’d still say no. Even COVID-19 hasn’t yet proven powerful enough to perform the miracle of persuading our representatives to set aside politics and train their sights on the common good. But if a car company argues that it can’t adapt to higher fuel standards, don’t buy its spin. If an office says it can’t adapt to remote workers, consider that the boss may just be too lazy to figure it out. If a council member or municipal leader starts with cars at the center of city plans, know that this person is simply devoid of common sense and imagination.

The crisis of today has pushed us to our limits, but it has also shown us alternatives that were not previously on the table. With our newfound free time, we’d be wise to use some of it to listen to what the world is telling us.