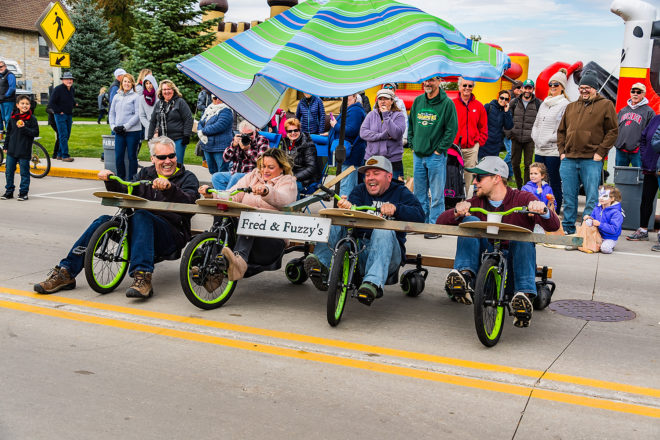 This Oct. 15-17, Sister Bay will celebrate its 75th Fall Festival. The big party was postponed for a year because of COVID-19, which means that residents and visitors will be even more fired up to commemorate the annual end-of-season bash.

The festival is a huge moneymaker for nonprofits and local businesses, some of which make enough during the weekend to carry them through the slow winter months. It’s also a party. A chance to dance to nonstop live music. To stuff your face with brats, curds and amazing street food, then wash it all down with beers and bloodies.

But it’s also a homecoming: a weekend when families and friends reunite with everyone else’s family and friends between the curbs and under the tents. When we all lift a glass to the community we’re fortunate enough to call home.

So here’s to 75 years of Fall Fest and the community that makes it what it is!