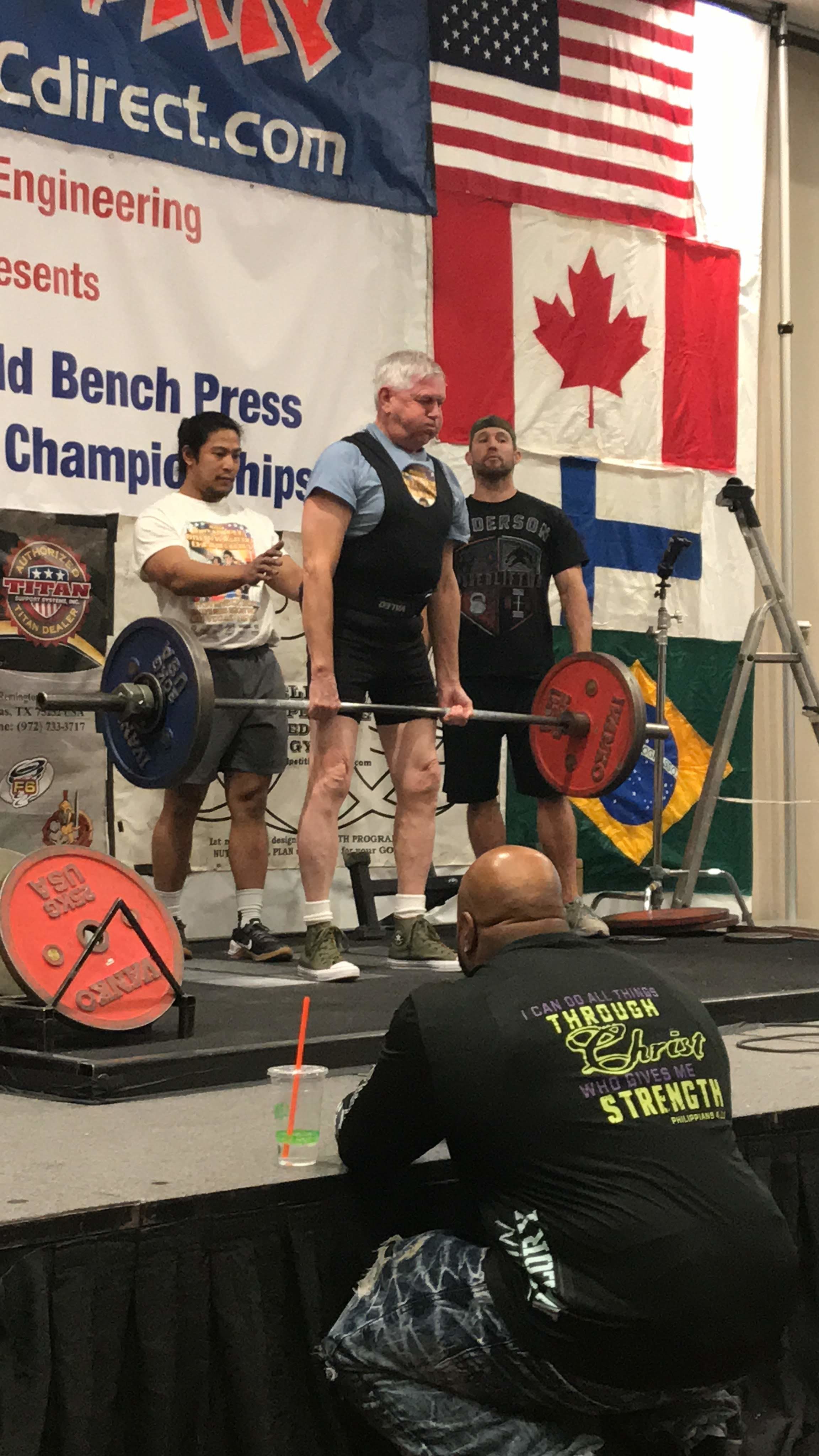 In August we brought you the story of Sigurd Sandstrom, a summer Door County resident from Plover who at the age of 78 began powerlifting, and then last April won the state powerlifting championship in his age bracket at a competition in Wisconsin Dells.

On Nov. 13, now age 79, Sandstrom easily became world champion deadlifter in his age bracket at the World Association of Benchers and Deadlifters Championships at Bally’s Paris Hotel in Las Vegas.

Although he was only one of around 500 competitive lifters from 38 states and 34 countries, Sandstrom was the only one to show up in his age bracket.

“There were supposed to be four or five people as my competition, but they didn’t show. So that was good in a way,” he said. “Nobody even wanted to attempt to pull what I did at my age.”

Sandstrom attended the event with his wife, Mary Ann, and two daughters, Kim and Kerry, who were there to watch, along with several hundred others.

“It was nerve-wracking,” Sandstrom said. “There are a lot of people hollering and looking at me. Yelling ‘Push! Push!’ and all of that. You really have to get into your own little world to concentrate and block all that out. I had to rule all that out so I could concentrate on what I was doing.”

The fourth and final lift would be a surprise. Sandstrom said he was feeling good. A hip flexor problem had been resolved and he felt he could even beat his own Wisconsin Dells record of 270 pounds, but the fellow loading him up only put on 259 pounds.

“I pulled that up quite easily as well. That was enough to win the world title,” he said. “I could have pulled close to 300 pounds. That’s where I am right now.”

Even though he holds the world championship in the deadlift, Sandstrom regretted that he blew his chance to also take the title in the bench press.

“I was a little disappointed when I didn’t get the bench press, which I knew I could do but just didn’t listen,” he said. “I got the world deadlift championship. That’s quite the accomplishment. I’ll live with that and I’ll have to live with the fact that I didn’t make the bench press.” 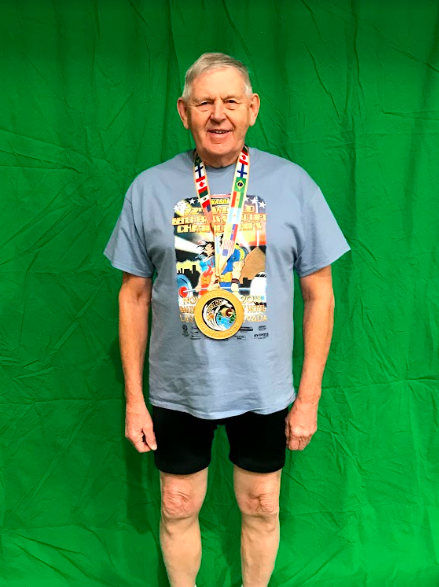 On the first press of 140 pounds, Sandstrom said he put his arms too wide and couldn’t lift the weight. The next two lifts he was disqualified for not following commands.

“You have to listen to the commands from the judge. You have to wait for him to say ‘Press,’ which means push up. I pushed up too quick, so that was a disqualification,” he said. “On the next one, I listened to his command, pressed it up, but I racked it too early. So that disqualified me for the bench press. However, the good news is that I’m going to be perfecting my command stuff over the winter when I work out.”

Because, come April 27, Sandstrom will return to Chula Vista in Wisconsin Dells to compete again and win titles in the bench press and push-pull.

And after he earns those titles as he has set his mind on doing, the former elementary school principal will assess whether he wants to continue in the new age bracket he will enter this summer.

“In July I’ll be 80,” he said. “If I want to compete in the 80-85 bracket and sweep that, I can earn more records if I want to keep doing it. The way I’m looking at it right now, once I complete bench press and push-pull, I’ll make a decision if I want to continue to go on to the next bracket.”