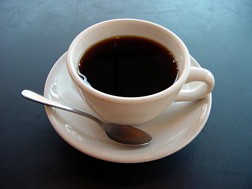 A number of studies indicate that caffeine may have a protective effect on the brain. A long-running Finnish study linked drinking three to five cups of coffee per day at midlife with a 65 percent reduced risk of developing Alzheimer’s Disease or other dementia in late life. Caffeine use has also been linked to enhanced short- and long-term memory. (Mind, Mood & Memory, Mass. General Hospital, Dec. 2014)