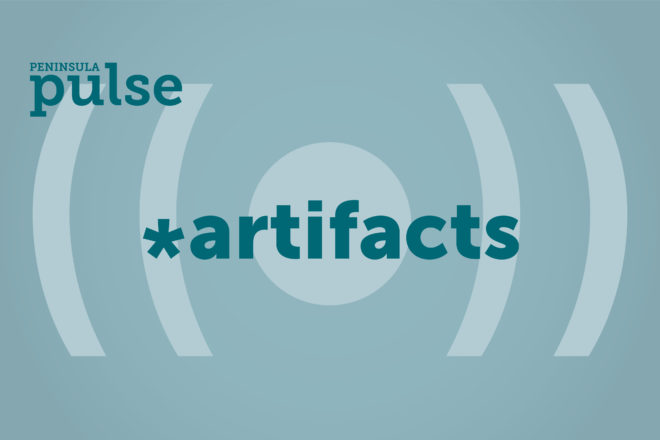 Because the weather in St. Louis was unbearably hot in July 1961, a dream – decades in the making – is coming true this summer in Jacksonport.

George Killenberg, longtime editor of the Globe-Democrat newspaper, took his family a bit north to escape St. Louis’ oppressive heat and humidity during the summer of 1961, but he discovered that Chicago was just as hot as St. Louis. On a whim, George suggested that they drop in on their St. Louis neighbors, Al and Mickey Quinlan – the same Al Quinlan who later designed and built Door County’s “Dome House” – who had a vacation home on Whitefish Bay in Door County.

The Killenbergs had heard a lot about Door County because the Quinlans were so excited about it, but it was the first trip to the Door peninsula for George; his wife, Therese; and their five children.

They realized immediately that this was where they needed to stay longer. They tried to find a motel on Whitefish Bay, but even in those days, the Door was full on the July Fourth weekend, and they ended up elsewhere in the county.

The next summer, Mickey put them in contact with Oscar Scott, who had rentals on Lake Michigan in the heart of Jacksonport. He showed them to Cottage 8, just behind some trees close to the beach. And for 60 years since, four generations of the Killenberg family have vacationed nowhere else – often at Oscar’s, and later at the nearby Square Rigger Lodge, which was built by the LeClairs, who became as close as family.

“Mom never wanted to go anywhere else,” she said. “It was perfect for us with Bley’s Grocery just steps away, LeClair’s Laundry right across the road and St. Michael’s within walking distance.

Year after year, they returned to the same stretch of beach.

“Our happiest times have been here,” Killenberg said. “We treasure this place.’’

Mary has seen many changes over six decades. After college, she married Quinn Riley, and they raised five children in rural Missouri before his death in 1995 at age 49. Therese and George Killenberg died in their nineties – in 2007 and 2008, respectively – and are buried in the Catholic cemetery in Jacksonport – as close as they could get to the place where they’d spent so many good times. A daughter’s college roommate planted a maple tree at the Square Rigger in Quinn’s memory, and the Killenberg siblings placed a bench dedicated to their parents in Sister Bay Town Park, where they had enjoyed watching so many sunsets.

Now for the biggest change of all: Last summer, Mary Killenberg Riley; three daughters, Molly, Betsy and Katie; and their husbands formed an LLC to purchase the Square Rigger.

For some time, Elizabeth “Little Bit” LeClair had been interested in selling the 17-room lodge she had built with her then-husband, Joe, in 1984, along with the five cottages next door, which they purchased in 1986; and the Galley Restaurant, which they built in 1987.

“Each time the possibility of her selling the property was mentioned,” Mary said, “we were distressed. We knew that a new owner might make so many changes that it would never be the same for us. But then, last summer, when our whole family was here, what we all thought was an actual sale fell through.

“Betsy said, ‘Look, we can’t keep going through this. We can’t sit here and watch this place be sold and maybe never be able to come back again.’”

It was a now-or-never moment. The seven family members made an offer that Little Bit accepted, and they took possession of the property Jan. 14.

“I’m astonished that we now own this place that has been in our hearts all these years,” Mary said. “My dad loved the idea of having a place up here – something he often talked about but never did. He’d be so happy about this.”

All three daughters – either on temporary leave from corporate jobs or working remotely – have pitched in this summer, as have Molly’s daughters, Ellie, 17, and Olivia, 14.

Betsy works for an accounting/advisory firm in Chicago and Katie for a not-for-profit in Washington, D.C. Molly, who has worked in strategy sales for major food companies, is the managing partner of the LLC and takes responsibility for the property when the other family members can’t be there.

“She’s the only one who knows where every little thing is and how it works,” Mary said.

As if on cue, Molly said, “Oh, I learned today how to turn on the system that keeps the toilets from sweating when it’s hot.”

Quinn, 7, and Travers, 5, are spending the summer with their paternal grandparents on Whitefish Bay. Katie’s husband, Mike Kerr, takes care of their sons, Charles, 11, and Aloysius, 8, in Washington, D.C., and remotely manages the lodge’s financial functions while Katie works on-site.

Many other families that also spent decades at the lodge have shared what the Killenberg family’s latest venture means to them.

“It’s part of their hearts, too,” Mary said, “and they’ve told us over and over how much they appreciate the fact that nothing has changed. People form a real attachment to a particular cottage or lodge room that they feel is ‘theirs.’”

The family continues to operate A Little Bit of Coffee, which Little Bit began in 2017 after closing the restaurant. It’s a cozy place, open

7:30 am until 12 pm for coffee, espresso drinks, smoothies, quiche and strata. And, it’s possible the family may eventually reopen a full restaurant and again offer the fish boils that were popular for many years.
But for right now, the family is soaking up the pleasure of owning something they’ve loved for a lifetime.

The Square Rigger Lodge, 6332 Hwy 57 in Jacksonport, is open from mid-May until late October. Find out more at squareriggerlodge.com or facebook.com/squareriggerlodge, or by calling 920.823.2404.