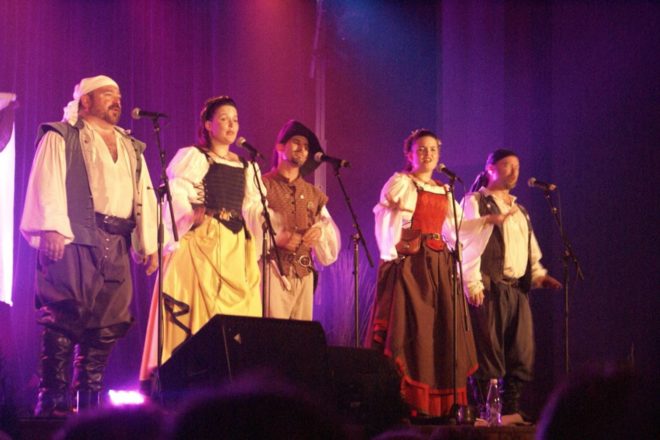 American vocal group Bounding Main announces their recent international performance was recorded by the prestigious British Library. This institution is equivalent to the American Library of Congress.

Bounding Main is an a cappella vocal group from Chicago that has been performing across North America and Europe for the last 15 years. Their songs have been used in film, television and as a part of exhibits at several important maritime museums.

Bounding Main music director Jon Krivitzky said, “We were approached by the British Library, saying that they felt that Bounding Main has something valuable to contribute to our sound heritage.” While they were entertaining as the first American group to perform at the Falmouth International Sea Shanty Festival in Cornwall they were recorded “for future generations.”

Bounding Main recently released their fifth CD, Fish Out of Water, which is available on iTunes, Amazon.com, CDBaby and other music portals. For more information visit boundingmain.com.