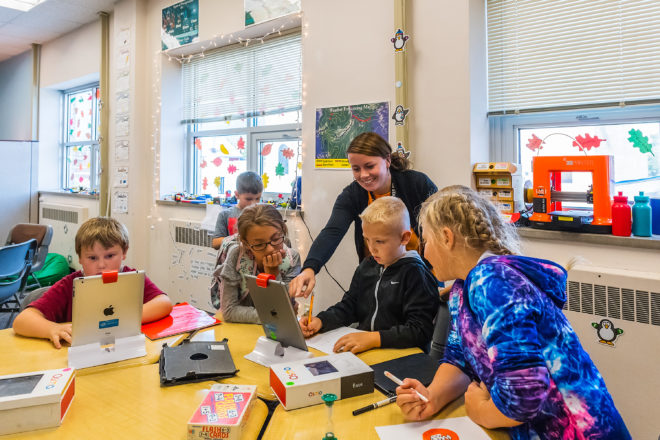 A great future doesn’t exist without a living-wage job. And for kids looking forward to a future in Door County, that means a solid foundation in STEM (science, technology, engineering and mathematics). That’s why the academics-enriched program at the Boys & Girls Club of Door County (B&GCDC) has invested in top-quality materials that include the after-school curriculum developed by the NASA Glenn Research Center and the Engineering Is Elementary curriculum recommended by high schools and technical colleges.

To maximize this investment, the club also has a 24-station computer lab, iPads, a 3-D printer, STEM kits and SMART Board.

“Our kids are getting a top-of-the-line academic enrichment program that costs about $75,000 to operate during the school year,” said Julie Davis, chief executive officer of the B&GCDC. “But we don’t stop there.”

What else does the Boys & Girls Club do for the kids who will grow up to be the workforce, parents, volunteers and civic leaders of Door County?

Why are these services important and what do they cost?

“2018 is our Year of the Arts,” said Julie. “We designed one entire side of our building as an arts space with an art room, a recording studio and a music/theater area. Our guitar program is so popular that there’s been a waiting list all year. Kids who’ve never had an opportunity to perform were mentored by Carmen Youra from Peninsula Singers and gave two holiday performances. Doug and Barb Henderson taught a fused-glass class. We had visits from singer Ben Larsen, painter Ram Rojas, authors Jill Harding, Sue Jarosh and Ann Heyes, as well as community partners from HELP of Door County, Sturgeon Bay Police Department, Door County Civility Project, Door County Library, Door County Historical Society and many more. Even with community members and organizations volunteering their time, our arts program costs $51,000 for the school year.” 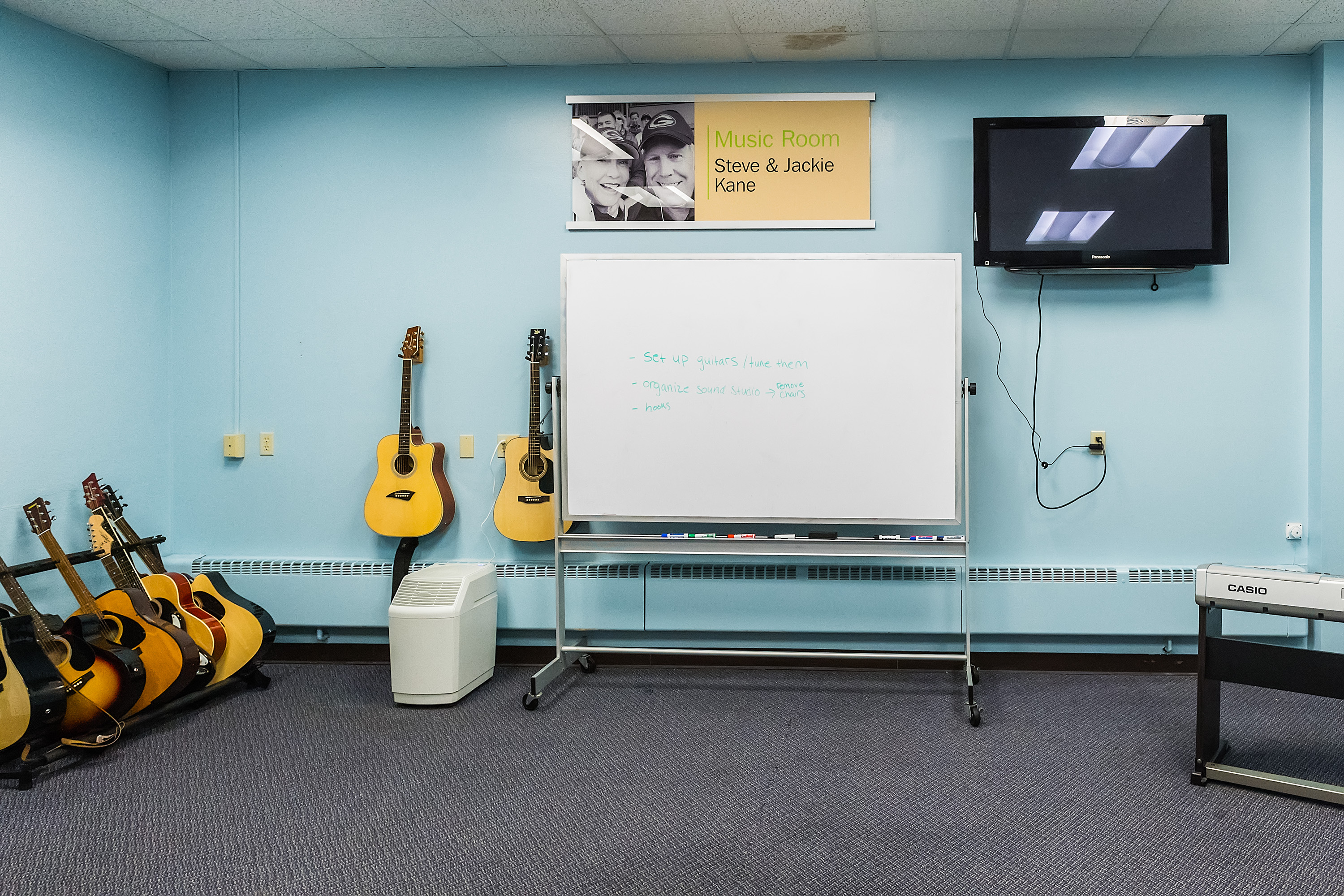 B&GCDC’s Healthy Lifestyles program was designed taking activities available at the Y into account, so that duplication was kept to a minimum. The club’s recreation center has a turf floor to encourage every child to be involved. Not everyone is athletic, but every kid can run and play in a backyard, and that’s what the turf feels like.

The physical education curriculum is based on collaborative, rather than competitive, play and it focuses on team building and good sportsmanship. Rec Center programming, including facilities, staffing, curriculum and equipment; it costs $58,000 for the school year.

Davis pointed out that a majority of the kids B&GCDC serves come from families that are food insecure.

“Those kids always wanted an extra snack on Mondays, and the staff realized it was because they weren’t getting enough to eat at home over the weekend. Before we got our commercial kitchen, we were making 50 to 60 sandwiches for kids to take home – out of a closet. Now a full dinner is served before kids go home three days a week. We know it’s important to parents,” Julie said, “because some of them pick up their children when they get off work, then bring them back to eat dinner.”

Several years ago, a 7-year-old boy began to wet his pants frequently at the club. Teachers discovered that no laundry was ever done at his home, and he had learned that when he wet himself, he was provided with clean clothes. He was willing to bear the embarrassment and teasing in order to have something clean to wear. He was assured that clean clothes would be provided when he asked for them, no wetting required.

“We have also discovered,” Julie said, “that, once kids reach their early teen years, parents tend to make them fend for themselves. It’s common for teenage boys to not be provided with underwear and socks by their family and for young women to have no access to feminine hygiene products. We keep a huge supply on hand to help kids deal with this struggle.

“We have had teenagers who told us they had never been to a dentist and hadn’t brushed their teeth in years. One of our teachers gave them toothbrushes and toothpaste, showed the kids how to use them correctly and drew a chart on which she and the students tallied their brushing every Monday. I was touched when a first grader thanked me over and over for a little bag with body wash, shampoo, a toothbrush and toothpaste. You don’t think about a little boy being thrilled with such basic things.”

Many of the children B&GCDC serves have suffered trauma throughout their lives. Davis particularly remembers a 7-year-old who spent his afternoons sitting under the jackets on the coat rack and crying.

“We discovered,” she said, “that his mother had followed her boyfriend to Door County from Chicago. He soon lost his job and took off, leaving her and her three children behind. The kids slept on the floor in the living room. Their greatest fear was that mom would also desert them. The little boy was living in survival mode. His entire capacity for coping was used up getting through the school day. He could not deal with more academics. He just needed somebody he could count on to be there. 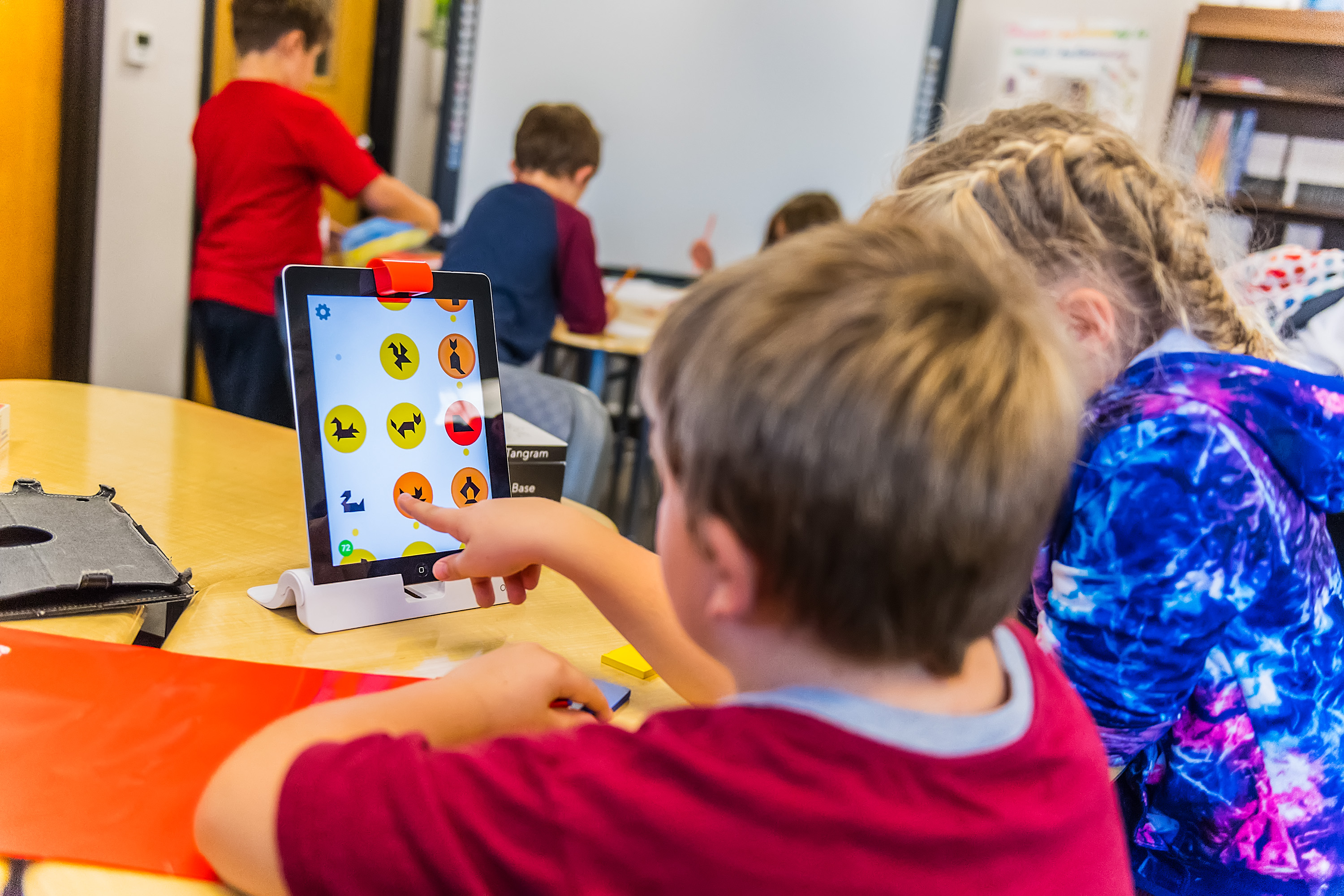 “Club rules said, ‘You are privileged to be here because of your good behavior. If you don’t behave, you cannot stay.’ Based on that, I should have sent him home, but I went to the community and said that we have to develop a social/emotional learning program for trauma-based kids. We don’t know what it’s going to look like, but we know we need it.’”

And three years ago, Bob Kohout walked through the door with 40-plus years of special education experience. He’s worked one-on-one with kids and trained their staff to understand the kind of support these children need and how to teach strategies for positive social interactions.

“We can’t support every level of children’s mental health, but we work hard to work with kids who show they want to be here and be involved. This program costs $40,000 to operate during the school year.”

Davis said this year’s summer program was, hands down, the best ever. “We moved away from the idea of ‘summer camp’ to a very structured enrichment program that took the best of our six-week programs from the school year and condensed them so that every grade-level was in every activity during the 11 weeks.

“In the afternoon, we spent time in the park and took field trips to places like a farm and Whitefish Dunes State Park. We deliberately did not go to a Brewers game or Bay Beach Park because we wanted to introduce kids to free or low-cost places near home where their families might be able to go later.”

Parents pay for the summer program on a sliding scale.

The annual budget for the Boys & Girls Club of Door County is between $850,000 and $950,000. Just four percent of its funding comes from the federal government. The club depends upon the community for the rest, and right now, it is operating with a $145,000 shortfall.

“We have spent the past six weeks looking at our budget and trying to identify cuts that will have the least negative effect on the kids,” Julie said. “We have identified these cuts:

Grants and funding from corporations and foundations are extremely hard to obtain in rural areas. Most corporations give money only to towns where their employees live.

After receiving top marks from NASA for its initial engineering program, the club has been chosen to receive additional curriculum materials this year and to expand the program to all age groups. Marine Travelift received the Innovation Award from the Northeast Wisconsin Manufacturing Alliance for its unique program with B&GCDC. A drafting program in partnership with Fincantieri Bay Shipbuilding is new this year.

“I hope that people in Door County will develop a ‘venture philanthropy’ mindset,” Julie said, “like investing capital in a new business, but instead directing donations to building strong kids for Door County’s future.

“Major businesses and individuals in the community continue to be generous in supporting us, but we need more financial help to keep going. Middle-class families who could donate $20 a month would make a tremendous difference. We welcome visitors. Come see what we’re doing for vulnerable kids and help us prepare them to be Door County’s citizens of tomorrow.”