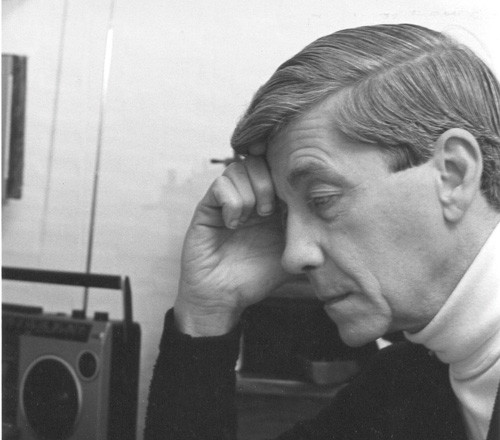 An influential member of the Door County community, the late Harold (Hal) Grutzmacher was an avid reader, writer, poet, columnist, critic, editor, and owner of Passtimes Books in Sister Bay who influenced a number of writers and inspired the name for Peninsula Pulse’s annual literary contest:  Hal Grutzmacher’s Writers’ Expose.

Born in Chicago in 1930, Grutzmacher – along with his wife Marjorie and their three children:  Steve, Sharon and Alison – spent much of his life in academia. But even as he took higher positions in higher education – first as an English professor at Carthage College, then Knox College, a chairman of the English Department at Parsons College, Vice President of Academic Affairs at the University of Tampa, and Dean of Students at his alma mater, Beloit College – he taught freshman English classes. His passion for the written word, as well as his desire to create an accessible, inviting environment for creativity is the tenet under which the annual contest is conducted.

“He took his poetry seriously,” says Steve Grutzmacher of his father, while the sports articles he wrote for the Door County Advocate were “fun for him.” His literary passions:  writing about the Cubs, whom he got press credentials to cover, and studying the Romantic poets, especially William Wordsworth. Though, he appreciated a wide range of poets:  Theodore Rothke, Dylan Thomas and Robert Pinsky. He was also acquainted with many writers and poets, often acting as the faculty liaison, spending time and sharing meals with such authors as Philip Roth and Wallace Stegner.

Aside from literary pursuits, Grutzmacher “had the community at heart,” says John Lowry, a friend and past member of the Ephraim Village Board with Grutzmacher. Though they didn’t always agree on politics, “that didn’t affect our relationship at all,” laughs Lowry. “He was a good one to smooth the waters. If there was animosity between board members, he was a peacemaker.”

He was also an expert “multi-tasker,” adds Lowry. “He would always come to a meeting with a crossword puzzle. You’d think he wasn’t paying attention, but then he would raise his head and know exactly what was going on. He could remember 15 minutes back in the conversation!”

That multi-tasking skill was also employed as Grutzmacher worked on his own writing:  “Talk radio was also on in the background,” says Steve. But, he managed to produce richly diverse poetry – structured and free verse. Some poems detail a scene, others an exchange of dialogue, and some expound of themes of love, loss, and family.

His writing appeared in a number of publications, along with two volumes of poetry, Giants of My World, published by Golden Quill Press (Scribner’s) and Generations, published by Spoon River Poetry Press and co-authored with Steve.

“He had a good and skilled ear,” says Steve, who once exchanged poems with his father. “He could read your stuff and provide criticism without telling you how it should be done.”

Grutzmacher died in 1998, passing the beloved bookstore on to Steve, inspiring the Peninsula Pulse’s annual literary contest, and leaving a treasure trove of poetry as unique as he.

Things I do not understand

Are many; most of them lie with me,

Festering. I have dreamt

Of a great tree, sheltering

And informing, What I do not know

Grows greater while I become smaller

As I age. The tree must grow somewhere

Outside of good or bad dreams.

I lie. I do not wish more knowing.

Reverse:  I would be the tree,

With the long sleep holding

Against the day the sun shines.

I would shade and give solace

Through being. I could even bear

A Kilmer making poems of me,

As I rested and gathered and waited

For another time, another chance.

My Grandfather Who is Dead

My grandfather who is dead

Had ideas that scorned my and your

Humanity, and the twisted words for them;

Bitterly he regaled the passersby

With his tongue and hated many

Who brooked no peace by listening.

Amid his hates he loved:  birds, baseball,

Dogs, beer, and me when I was young

And his in part. He taught me cards,

Scorning conservative play as he

Or bemoaning the luck he pushed too far.

My grandfather who is dead

Believed in little and naively fought

To press himself upon a universe.

Became back again except as two lives

Yet this coarse man who hated and sunned

Himself in ignorance is of my life,

Or even my bigger world, and I loved

My grandfather who died calling

And wanting, and will not willingly forget.

When they think of you it is a flash

Of lightning miles away after the rain

Has whispered good-bye and things are fresh.

The tears have all been shed and rolled

Across the marble floors to disappear,

And aches are gone if not forgotten.

What words could explain or justify,

And many even when unmourned; listen:

Of your life, and that is better

Than a golden statue.

I Weep to Watch the People Play

And tiptoe comes the beast of night,

I weep to watch the people play

In screaming clothes of colors gay

That choke the eyes and stifle sight.

I don my dusty shroud and say,

“Because the clock’s hands clasp me tight

I weep to watch the people play.”

Tomorrow’s stars on their black tray

When trumpets sound the knell of day.

I want to hold time’s dogs at bay

But in the moon they charge and bite;

I weep to watch the people play,

And, come the morning, I will pray

For no return of that black blight.

I weep to watch the people play.

Conducted annually since 1998, the mission of the Peninsula Pulse’s Hal Gruzmacher’s Writers’ Expose and Photography Jubilee is to encourage and appreciate artistic expression through various literary forms and photography. 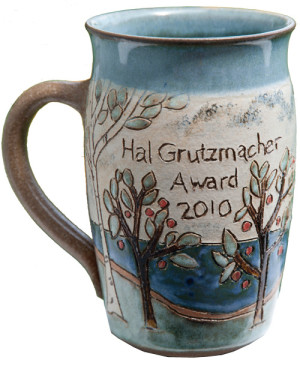 The contest has showcased works from individuals of all ages and backgrounds – novice writers and photographers to professionals. Past honorees include Door County Poet Laureate Barbara Larsen, Peninsula Pulse contributors Gary Jones, Katie Lott Schnorr, and Paul Burton, as well as professional photographers Heather and Lucas Frykman, who judged last year’s photography contest with Kari Witthuhn-Henning, Kim Thiel and Dan Eggert, a photography judge since the inception of the contest.