Not long after she returned from a hike at a Door County lake, Jane (not her real name but this is her real story) experienced “the worst case of flu” ever and a rash around her neck. She remembered that on the outing a few ticks were removed from her neck, but she didn’t relate this to her symptoms. After struggling with the “flu” and rash, her limbs started to stiffen and her life began to spin out of control. She sought medical help, and immediately she received antibiotics, which helped a little, but her limbs continued to stiffen and ache. Much of the time she was exhausted and lethargic.

Her joints continued to stiffen to the point she felt paralyzed. She described this as feeling like rigor mortis had set in. Often she had a burning or tingling sensation in her limbs (a condition known as paresthesia). A bath in hot water, just this side of scalding, seemed to help and afterwards she could move more easily, although feebly. She continued to seek medical help and was diagnosed with everything from rheumatoid arthritis to lupus to fibromyalgia. Not long after blood tests showed her kidneys were beginning to fail, she received a phone call in the middle of the night from a rheumatologist she had consulted. The caller, who had been reading medical journals about Jane’s condition, blurted out “Jane, you have Lyme disease!” Finally she had received a diagnosis! But was it the correct one?

With Lyme disease in mind, Jane received a new round of different antibiotics. At last she was being treated as a Lyme disease patient, even though the usual tests were negative. In the next few months, Jane’s symptoms diminished. She began to live a relatively normal life again. However, after a year she relapsed and again received a round of new and different antibiotics.

Today, after battling Lyme disease for more than 20 years, she seems recovered, although her joints bother her, sometimes ache, and she tires easily. Asked to describe her experience with Lyme disease she said, “Your life is turned upside down by the disease and you begin to live a helter-skelter existence.”

Lyme disease is a global disease caused by a corkscrew-shaped bacterium called Borellia burgdorferi; the reproductive forms of such bacteria are called “spirochaetes.” These bacteria are very small – it would take about 55 of them lying end-to-end to make a thin chain one mm. long. Their diameter is much smaller than their length, giving them a snake-like appearance. Unlike many bacteria, B. burgdorferi can wriggle around since they have hair-like flagella tucked under their outer membrane.

Experts estimate that at least 30,000 people a year contract Lyme disease. When a tick drills into a person’s skin and takes a blood meal, if Lyme bacteria are growing inside it they are spilled into the bloodstream of the person. Once the tick is engorged, it drops off, settles on vegetation, and waits until another host brushes by, on which it hitches a ride and obtains another blood meal.

In the wild, the natural hosts for ticks are deer, rabbits, voles, foxes, mice, and other warm-blooded animals. These are the normal hosts for B. burgdorferi. In these hosts the bacteria are tolerated and do not bring about the kinds of symptoms seen in humans. When a tick “bites” a human it dumps Lyme bacteria into an unnatural host.

When this happens, the human’s immune system comes under immediate challenge by this novel invader, because the immune system has probably never seen the proteins or glycoproteins (antigens) associated with the bacteria. Conversely, the bacteria find themselves in a foreign environment. This results in a kind of competition between bacteria and human host, with the host’s immune system struggling to rid the body of the foreign invader, and B. burgdorferi undergoing adaptive changes to cope with its new environment.

When the human immune system is presented with a B. burgdorfei infection, it tries to recognize and deal with dozens of antigens associated with these bacteria. Their cysts may not show any antigens, the different subtypes may display subtype-specific antigens, and naked bacteria released from their protective cell wall are likely to display an entirely different group of antigens. It is no wonder that the human immune system is extraordinarily challenged by Lyme bacteria.

A blood test is used to determine whether a patient has Lyme disease. The blood is tested for antibodies that bind with molecules, usually proteins, associated with the bacteria. These are called antigens because they provoke an immune response. 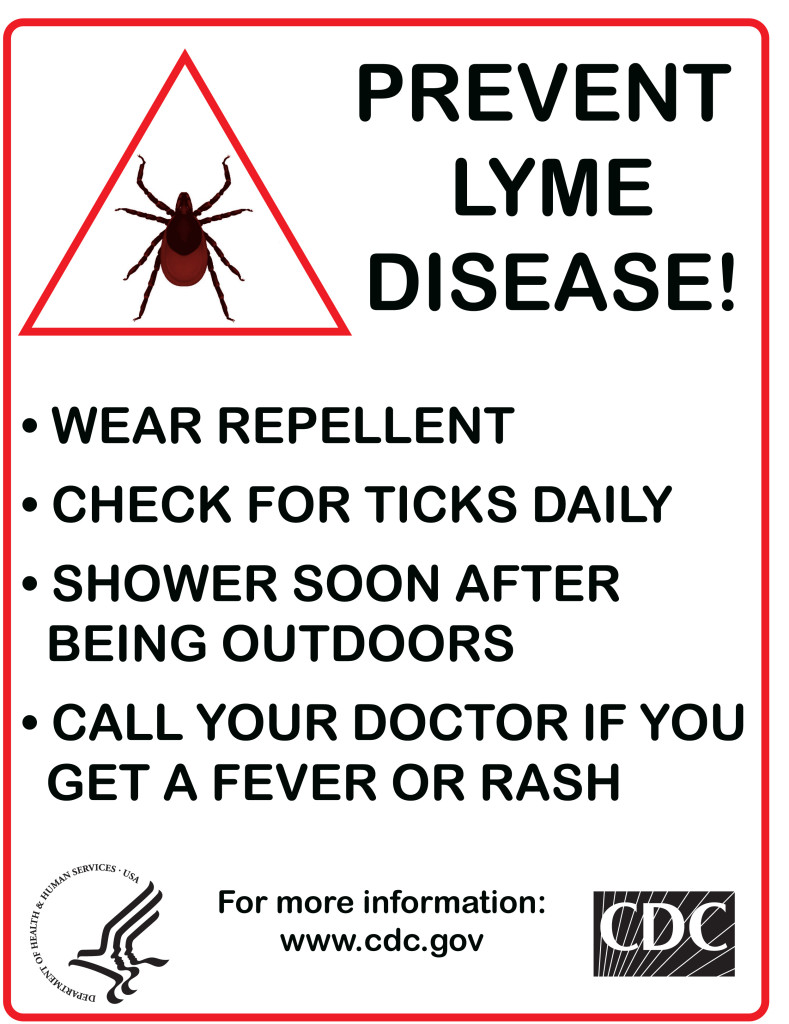 If a tick bites a person and Lyme disease is suspected, immediate treatment with an antibody panel can be effective in providing relief, and the person can resume his or her life. The accuracy of a test for Lyme disease rests on recognizing antigens associated with the bacteria. However, which antigens are recognized? Those of each of the three subtypes of B. burgdorfei or just one of the types? Are the encysted bacteria hidden away in the tissue without exposed antigens? What kinds of antigens are associated with the “naked” bacteria? Is it no surprise that Lyme bacteria may evade detection by the usual tests and hide away somewhere in the infected person’s body, only to reappear and reproduce at some later date when triggered by some physiological cue?

A major factor in testing for Lyme disease is that it takes two to six weeks after the tick bite before enough spirochaetes show up in the bloodstream to give a positive test and for a bulls-eye skin rash to show up (if it shows up at all). Many medical providers take no chances with a person who knowingly removed an engorged tick from his or her skin. A round of antibiotics is prescribed immediately, because the sooner one can be treated the better

Unfortunately, an estimated 10-15 percent of people with Lyme disease who benefitted from a round or two of antibiotic therapy relapse weeks or months later and begin to have chronic and even incapacitating symptoms. These include painful and swollen joints, severe headaches, memory loss, cognitive problems, difficulty concentrating, numbness in the limbs, and the list goes on. A recent study provided solid evidence that some bacteria remain unscathed by exposure to a round of antibiotic drugs. These are called “persisters” and their activities may cause the Lyme patient to relapse or to again have to deal with the symptoms he or she hoped to leave behind.

One problem with addressing chronic Lyme disease is the U.S. Center for Disease Control’s (CDC) narrowly defined criteria for diagnosing the disease. According to Jarret Liotta, writing in National Geographic, “Rampant disagreement over what constitutes Lyme disease – in particular, who may have contracted it and how, and how long it lasts –has spawned the larger question of how best to treat it.” Many physicians feel that too liberal a definition of the disease, considering how it can mimic so many other disease states, may lead to potentially dangerous treatment of other disorders misdiagnosed as Lyme disease.

Now for some good news. Researchers are focusing on new ways of understanding Lyme disease and treating it more effectively. At Johns Hopkins University, scientists grew B. bergdorferi in lab cultures and challenged them with various antibiotics. They discovered that even when an antibiotic killed off most of the bacteria, there were always a few persisters remaining alive. When persisters were added to culture medium without antibiotics, they reproduced and established a colony. Researchers are now testing dozens of different antibiotics, and combinations thereof, to find a combination that will kill all the bacteria, including persisters.

Another research group has had success in treating Lyme disease by administering antibiotics in pulsed doses. They treat with antibiotics to eliminate most of the bacteria. After a while, they administer a second round of antibiotics to kill off the spirochaetes that reproduced from persisters. Later, a third round is given, etc. What the researchers are trying to do is wait until persisters begin to develop after the first round, then hit these with antibiotics over and over again until all persisters are killed off. This treatment has met with some success.

Lyme disease was first diagnosed in several children in Lyme, Conn., in 1977. In the past decade the incidence of the disease has increased by 70 percent, and it is rapidly spreading westward. Wisconsin and Minnesota represent “hot zones” for Lyme disease. The most fearful thing about the disease is that even after early detection and being pronounced cured, there is always the danger that it might return and alter the patient’s life by becoming chronic.

Dr. Todd Murray, one of the original children diagnosed with Lyme disease, is now an emergency room physician. He still suffers from symptoms relating to his original infection. “I have weird things I attribute to Lyme,” including a heart condition diagnosed in 1989.

The take-home message is that hikers and hunters, and anyone walking Door County’s natural landscape, should protect themselves from ticks by tucking in their socks and using tick repellent. Looking at the big picture, your chances of acquiring Lyme disease after hiking the county are low, but the infected ticks are out there and it is wise to take precautions. In the meantime, find out as much as you can about Lyme disease.

“What You Should Know About Lyme Disease,” igenex.com.