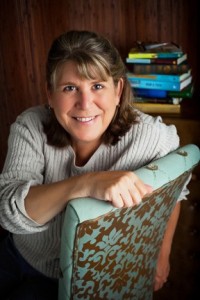 “The act of getting what’s in your heart and mind down on a piece of paper is soul-enhancing and important work,” says author Lesley Kagen.

Just days before the June 27 deadline, fiction judge of The Hal Prize, New York Times bestselling author Lesley Kagen, offers a honest, humorous glimpse into her writing career – which came about after many other careers, advice to those submitting to The Hal Prize, and an excerpt of her upcoming book, The Resurrection of Tess Blessing to be released in October.

Sally Slattery (SS): When did you know you were a writer?

Lesley Kagen (LK): When I was ten years old, ruler-wielding Sister Mary Elizabeth “suggested” that the entire fifth grade class enter St. Sebastian’s all-school poetry contest. Being a pretty cagey blue-collar kid who knew what side her bread was buttered on, I made sure that my poem had a ton of religious references. The silver dollar prize I ended up winning was an excellent thumbs up, and perhaps…a sign from God?

SS: You did not pen your first novel until later in life – how do the experiences you had before then influence your writing?

LK: Every book I’ve written is based on some part of my life. My tumultuous childhood informs plot. My acting career has helped with dialogue. My neuroses dictate my pacing (most of the time I feel as if I’m being chased by a bear and I’m the bear). The profound love I have for my children and grandchildren, I hope, give the courage my characters need to keep on keepin’ on despite the odds. A thirty-two year marriage lends perspective on the man/woman tug of war. Owning and operating a restaurant gives me insight into the decline and fall of Western Civilization. (People tend to regress when they’re hungry and I’m quite the eavesdropper.) Even where I live contributes to the process. It’s easier for me to write novels that are set in the Fifties because I live in a small-town in Wisconsin that feels very much to me like a throwback to the “Good old days.”

SS: Do the characters and situations in your novels come from real-life individuals and experiences or your imagination?

LK: A combination. One sparks the other.

SS: What, in your opinion, makes a good story?

LK: In order for me to be truly captivated, not just temporarily entertained, a story must have a wonderful, unique voice. Authenticity of the other characters is important as well. A setting I’m interested in. And I’m a sucker for a tale that makes me laugh and cry and feel connected.

SS: How has your writing changed since you published your first novel?

LK: I don’t think the essence of it has, or ever will, but I have more confidence now than I did eight years ago. I’ve figured out what works best for me, which is mostly not to think too much when I write, just trust that all will be revealed and let ‘er rip.

SS: I understand you visit book clubs discussing your books. What is it like to listen to people talk about your work?

LK: Since I spend around a year writing a story with no idea how it will be received, an invitation to a book club meeting during which lovely, often-times slightly tipsy women, ply me with chocolate chip cookies and compliments is both humbling and extremely fun. A real – Atta girl!

SS: Any advice to those submitting to The Hal Prize?

LK: Keep writing. No matter what anybody tells you. The act of getting what’s in your heart and mind down on a piece of paper is soul-enhancing and important work.

An Excerpt: The Resurrection of Tess Blessing

My Tess is a sly one. Quite the little actress. When called upon to do so, she can appear to be a concerned citizen…a capable mother…the confident wife of the president of the Chamber of Commerce. Appearing ordinary is one of her best talents. As long as nothing unexpected blows up in her face, which, of course, life being the minefield that it is, is about to.

Morning winter sun is streaming through the four-pane kitchen windows that overlook the white picket-fenced backyard of the darling red brick colonial in Ruby Falls, Wisconsin, population, 5,623. There are three of us gathered around the distressed pine kitchen table that’s been passed down through the Blessing family for generations. Forty-nine-year-old, Tess, her lovely eighteen-year-old daughter, Haddie, who has returned to the roost to spend the Christmas holiday, and me, who has always been and always will be, but remains unnamed, for the time being. The man of the house, Will, has already left for the day. He’s busy seating the breakfast bunch at Count Your Blessings, the popular Main street Fifties-style diner that he inherited from his father upon his passing. Tess’s other child, Henry, a junior in high school, remains upstairs wrapped in his Star Wars sheets. Like most fifteen-year-olds, the boy believes the world revolves around him.

When her daughter refuses to take a nibble of the French toast that Tess made with a secret ingredient – her tears – my friend sets her gaze out of one of the kitchen windows and locks on the solitary snow angel I watched her create last night while her family remained snug in their beds. Others may leave her side, but I never have, and never will. We are bound together not only in this life, but for all time.