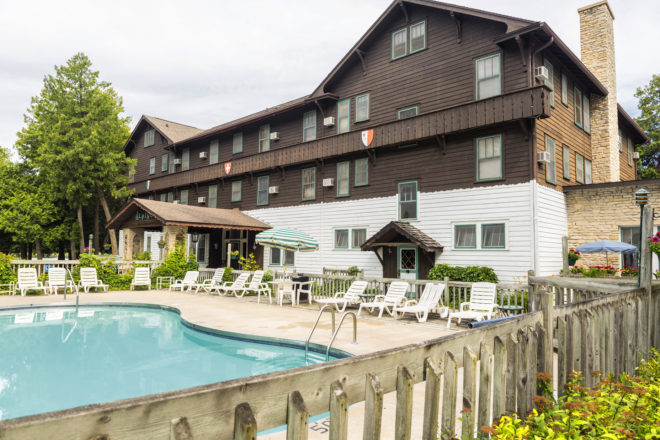 Alpine Resort has been family-run by the Bertschingers since 1921. The all-inclusive resort has lodging available in a main building (pictured here), guest houses and cottages. Photos by Len Villano.

Sitting at the Egg Harbor Marina one lunchtime this summer, I witnessed a young couple going through the rituals of the last day of vacation.

Unwrapping sandwiches they’d bought for lunch. Deciding when to leave. Discussing the work they had to do when they got home.

Their two daughters, preschool-aged, were lost in the moment, excitedly pointing to a passing airplane and complaining of sand in their shoes.

Then one of the girls said something along the lines of, “I want to stay in Door County forever.”

That little girl wasn’t the first, or the last, to fall in love with Door County and never want to leave. But for her generation, a vacation in Door County — or staying here “forever” — means something different than it did 50 or 100 years ago.

For some of Door County’s oldest resorts — iconic names like Alpine, Gordon Lodge and Rowleys Bay, where guests once stayed for weeks at a time and rarely left the grounds — those changes mean even more; they represent a challenge to a business model that was once the county’s only vacation style.

When tourism was picking up steam in Door County in the early 1900s, most guests arrived by boat.

People could leave Chicago in the afternoon and arrive in Sturgeon Bay by the next morning, explained Bill Bertschinger, 89, whose family owns the Alpine Resort in Egg Harbor. Door County was seen as a respite from the polluted, asthma-inducing air and the heat in Chicago. 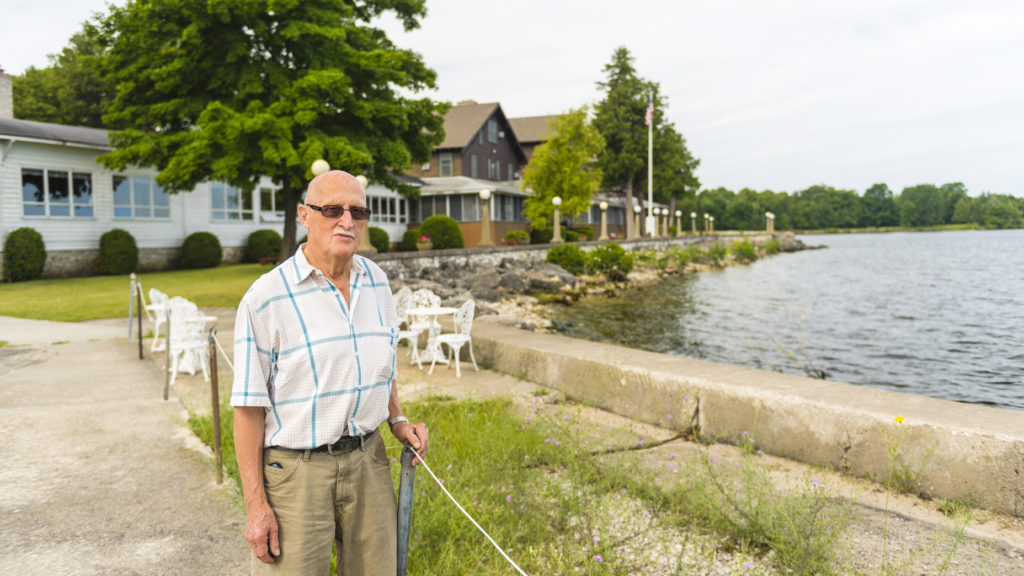 Once guests arrived at early resorts such as the Alpine, they stayed for weeks or months at a time, and in some cases for the entire summer. A weeklong stay was considered the minimum at the time, Bertschinger said, and that was rare.

“The transportation system was so archaic,” Bertschinger said. “If you tried to come up for a weekend, by the time you got up here, you’d have to leave.”

That lack of modern transportation extended into the peninsula, as well; there weren’t as many opportunities to travel around the county as there are today. That helped define a vacation style in which guests got everything they needed at the resort.

At the Alpine, which was opened in 1922 by Bill Bertschinger’s father, Paul, and Paul’s brother John, all guests got three meals per day included in their stay. That model was known as the American Plan.

“That’s just the way you vacationed,” Bertschinger said. “You had to eat, so people expected that when they came here, you would feed them.” 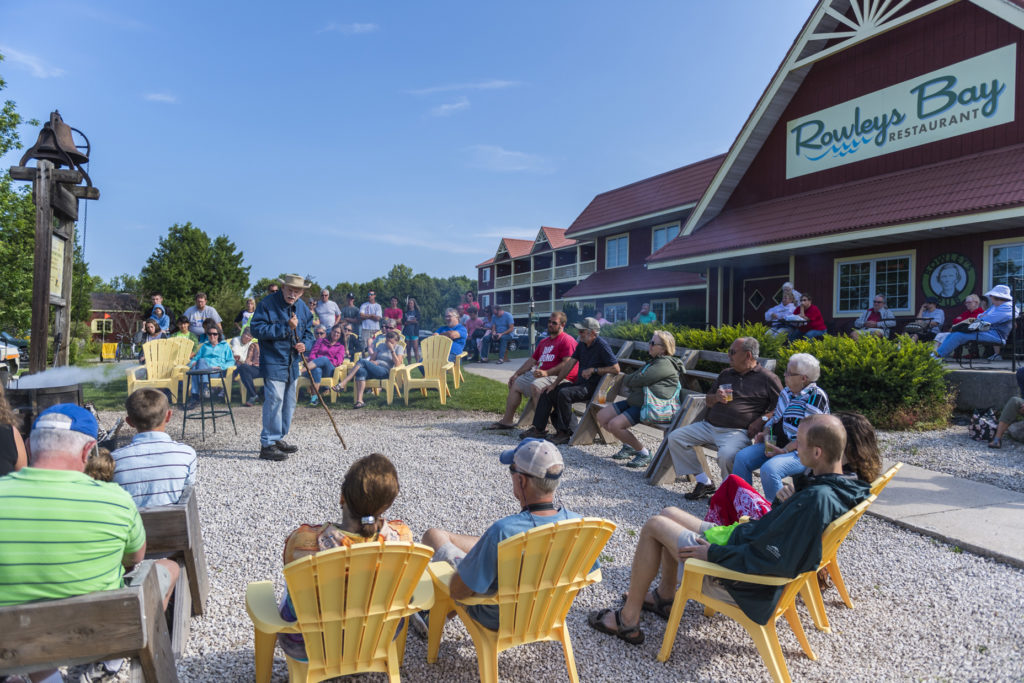 Rowleys Bay Resort, established in 1948, didn’t use the American Plan — meals were charged separately. Today, however, the resort serves food in part because of its geographic isolation, said Jewel Peterson Ouradnik, the owner and manager.

“We couldn’t be this far out and not feed people,” Ouradnik said.

Other resorts — including Evergreen Beach Hotel in Ephraim and Little Sister Resort in Sister Bay — had similar histories, and long traditions of offering the American Plan.

At the Alpine, dinners were formal.

“When they ate in the dining room,” Bertschinger said, “every man wore a white shirt, tie and jacket.”

Tables were often set for eight — four couples. After dinner, the resort would put on entertainment, such as an orchestra, and every guest would attend.

Business was very good for the Alpine in the 1920s, Bertschinger said, with a full house every night during the summer season.

Vacation traditions were family traditions. Many early guests at Door County resorts were multigenerational families, with grandparents bringing their children and grandchildren back to the places where they themselves had stayed as kids.

Relationships between guests also continued year after year. At the end of a stay, guests often would book their next year’s vacation — same room, same week.

After World War II, the formality of the Alpine dining room started to decline.

By the 1960s, the Alpine started seeing challenges to the American Plan. With better cars and an improved road system in Door County, guests wanted to leave the resort to explore the peninsula for the day, and come back in the evening for dinner. (That routine continues today at Rowleys Bay, Ouradnik said.)

“We did everything we could to keep it going,” Bertschinger said, including adding fish boils at night and offering box lunches that guests could take with them for the day.

But the American Plan gradually died out at the Alpine and throughout the county. At Evergreen Beach Resort, a stay included three meals per day until 1956, then only breakfast until 1976, according to a history of the resort included in a 1998 cookbook by Joyce Knudson Gerdman, a former owner. (The resort has since changed hands, and it’s now known as the Water Street Inn.)

At the Alpine, guests today can choose from a “modified American Plan,” including breakfast and dinner, or a “European plan,” in which meals are charged separately.

The county’s historic resorts also faced increased competition as the county’s tourism industry grew. Today, Bertschinger noted, there are 300 condominium units about a quarter-mile behind the Alpine at the Landmark Resort, and Egg Harbor includes several other hotels and resorts. 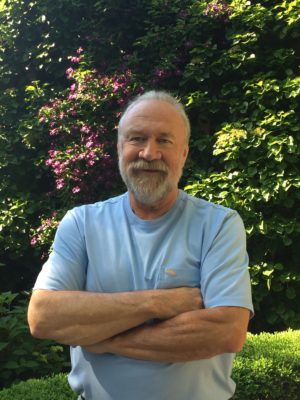 The age of the resorts also has presented challenges in some cases. When John Tinnon and his wife, Wendy, bought Gordon Lodge in 2005, the original hunting lodge — built in the 1920s — was condemnable, John Tinnon said, as were the employee dormitory and a few of the cottages. The Tinnons spent tens of millions of dollars rebuilding or renovating much of the resort.

“If you were writing a business plan, this is not one you would write,” Tinnon said. “The (return on investment) based on what we’ve done to get the property to the place where it enjoys the clientele that we have currently, it’s a 100-year return.”

“It doesn’t make any sense financially,” he added. “But from a personal reward standpoint, it makes tremendous sense, because we saved an iconic property. There are people coming back now who came as kids. Now we’re building that next set of generations, where people are coming, and they come at the same time every year.”

Traditions that live on

At the Alpine today, Bertschinger said he finds vacationers’ habits “kind of sad,” compared to what he remembers from decades ago. Guests don’t attend resort activities and entertainment like they used to, he said, and they don’t seem as interested in getting to know each other or sitting together at dinner.

“They don’t participate socially like they once did,” Bertschinger said. “They’re back in their room watching television. Hell, they can do that back in Chicago! But that’s today’s vacationer.”

The Alpine still gets full houses in the summer, Bertschinger said, “but not consistently like we used to.” 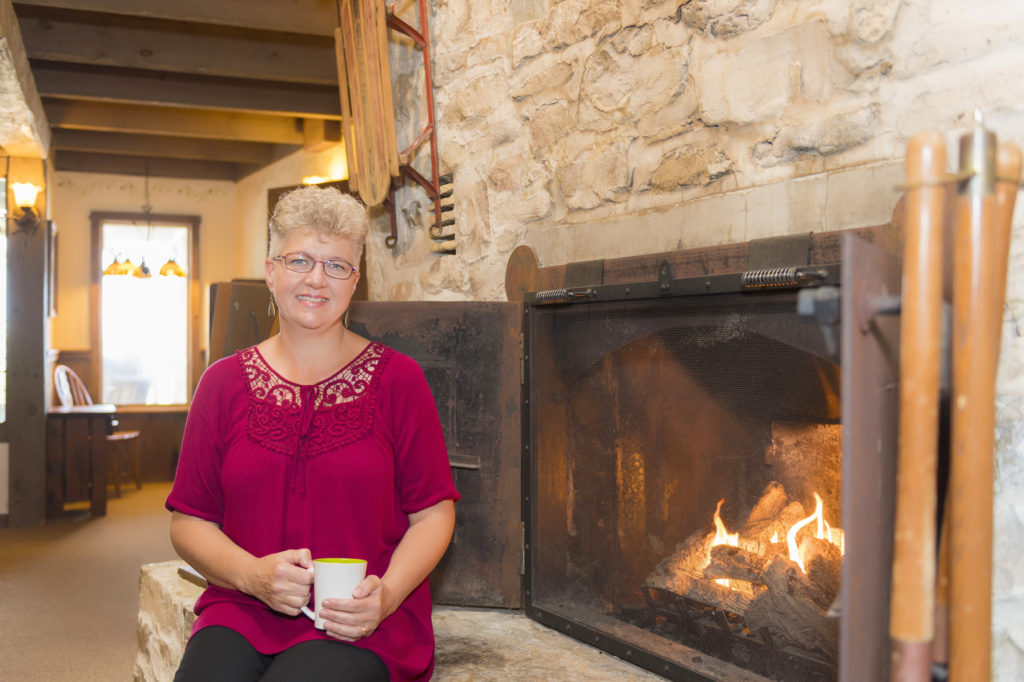 At Rowleys Bay, Ouradnik said she sees three- and four-generation families returning to the resort year after year and making friends on vacation. The resort has added more activities in recent years, including a zip line and kayak and stand-up paddleboard rentals run by the Door County Adventure Center.

“We love that we can be a retreat — that this is a place that people can build memories,” Ouradnik said. “People move a lot now, too, so what is home to them? Sometimes their vacation place is where they think of home.” 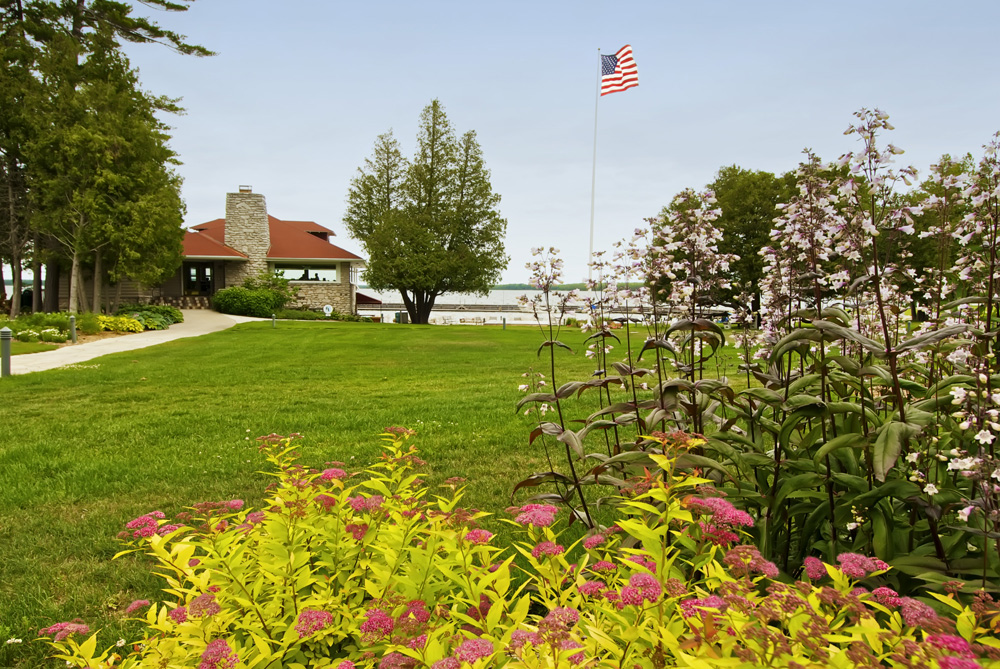 At Gordon Lodge, Tinnon said, the plethora of things to do on-site means many guests don’t have to leave the property during the day.

As for the custom of booking a year in advance, same room, same week? It seems to be going strong in some places, even if it’s not as ubiquitous as it once was.

“I don’t think it’s true in general, but it’s certainly true at Gordon Lodge,” Tinnon said. “I could probably give you the names of 20, 25 families that do exactly what you just said.”

Rowleys Bay targets its marketing by interests, rather than demographics, Ouradnik said, using data called psychographics to market to people who enjoy the outdoors and like sitting by a fire.

Tinnon said his approach to marketing is simpler.

“The truth is you’re dealing with a place just resplendent with natural beauty,” he said. “You can’t find a much prettier place, and that holds true for much of the county.

“Our goal is always the same,” he added. “I just need to get you there the first time. If I can get you there once, there’s a strong probability that you’re coming back.”

Author’s Note:  In addition to writing for Door County Living, Andrew Phillips works for Sturgeon Bay-based Bay Lakes Information Systems, which provides software to Door County vacation properties, including the ones in this story. He also works with Peninsula Filmworks to produce promotional videos about Door County for the Door County Visitor Bureau, including one this summer on multigenerational family vacation traditions.