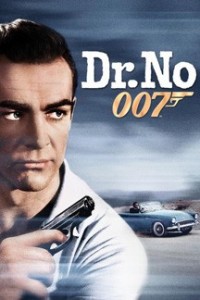 Dr. No will be screened at 7 pm on March 15, with a James Bond trivia contest with prizes, sponsored by the Brick Lot Pub & Grill.

Dr. No, the first James Bond film, stars Sean Connery and was directed by Terence Young. The film features Ian Fleming’s unflappable British Secret Service Agent 007 in a fast-paced, tongue-in-cheek style that set the tone for the rest of the popular series. Connery sets the standard by which all future takers must measure themselves as the insouciant and devil-may-care James Bond.

On March 16 at 2 pm, Goldfinger will be shown. Goldfinger really has it all: a good villain, Bond-babes galore, lush locales and Connery at his best. The classic moments in this film are too numerous to mention. The babooshka-granny with the machine gun, death by gold paint, the tricked out Aston Martin, lasers to the groin, Odd Job and his odd haberdasheries. Plus that classic title song sung by the great Shirley Bassey. Anyway, it’s pretty nearly a perfect Bond movie. Relentlessly entertaining, fun, exciting, and just darn good.

Admission is free, but freewill donations are gratefully accepted to cover costs.