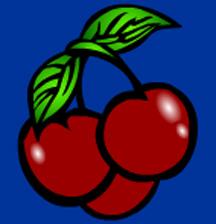 A steady rain greeted the 95 golfers on the first day of the 54th annual Cherryland Open, held at Idlewild Golf Course Saturday and Sunday, September 11 and 12. “It pretty much rained from start to finish,” commented Randy Meyer, head golf professional at Idlewild, who also participated and helped run the popular event sponsored by the Door County Golf Association.

But the rain did not seem to bother the Professional champion, Alex Malachowski from Mt. Prospect, Illinois who finished with two-day scores of 72, 71 (143). Malachowski is friend to fellow pro competitor Nick Kwaterski of Baileys Harbor who finished 7th overall with a score of 152 (81, 71). Mark Voeller, head golf pro from Golf Galaxy in Brookfield, finished just two strokes behind Malachowski with a total two-day score of 145 (73, 72). Last year’s champion and owner of Bisbee Golf Center of Green Bay, Jeff Bisbee finished 5th with a total score of 150 (77, 73).

Golfers with indexes of four and below competed in the in the Amateur Open Division, among them local golfers John Miron (Maxwelton Braes), Mark Basch (The Orchards), and Sam Slaby (Idlewild). Bob Pyle from Oneida Golf and Country Club won the division with a score of 149 (74, 75).

Men with handicaps over four competed in the Men’s Handicap Division that used 80 percent of their handicap to calculate final net results. The top local finisher in this division was Tim Minkin of Cherry Hills who finished 7th and completed the tournament with a two-day net score of 156 (86, 70). Jed Olson of Brown County Golf Club won the division posting impressive gross scores of 75 and 82, for a net total score of 145.

With gross scores of 82 and 87, Mary Aiken (Idlewild) finished one-stroke shy of being both the low gross and low net champion in the Women’s Division. She finished first in the low net with a total net score of 151, while friend and fellow competitor Sue Burlo (Cherry Hills) broke 80 on Sunday to finish just one stroke behind Aiken for a total net of 152 (gross scores of 91, 79). Amy Gehrke of Muskego Lakes Country Club finished with low gross honors with scores of 85, 83.

To see the complete tournament results, visit http://www.cherrylandopen.com and click on “2010 Results.”

In recent history, the Cherryland has rotated to a different Door County golf course each year, with Horseshoe Bay Golf Club playing host last year. The dates and location for next year’s Cherryland are yet to be determined, but should be announced shortly. This annual event is run by The Door County Golf Association (DCGA). The DCGA is a non-profit service organization that conducts golf related events to raise funds that are donated back to the community as scholarships, to support junior golf, and to promote the growth of golf within Door County.