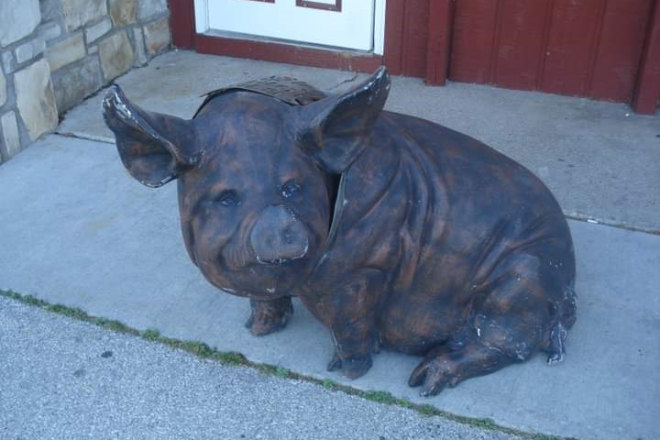 This weekend would have been – in normal times – the weekend of the annual Death’s Door BBQ competition on Washington Island, which draws teams of grillers and smokers to compete for “most delicious” in a variety of categories.

Although that event isn’t being held in 2020, you can still get your barbecue fix at Casey’s BBQ & Smokehouse, 7855 Hwy 42 in Egg Harbor. Casey’s – known for its great menu of barbecue options and big, bronze pig statue out front (his name is Chopper, by the way) – earned first place for best brisket in 2019.

Owner Matthew Peterson purchased the restaurant in 2008 and began putting his Southern Pride Smoker to work. Using Door County cherry wood, the smoker adds a subtle smoke flavor and a light pink or rosy cast to the meats. This year the Casey’s team has taken full advantage of its outdoor patio area, with spaced-out picnic tables and a tent for shade.