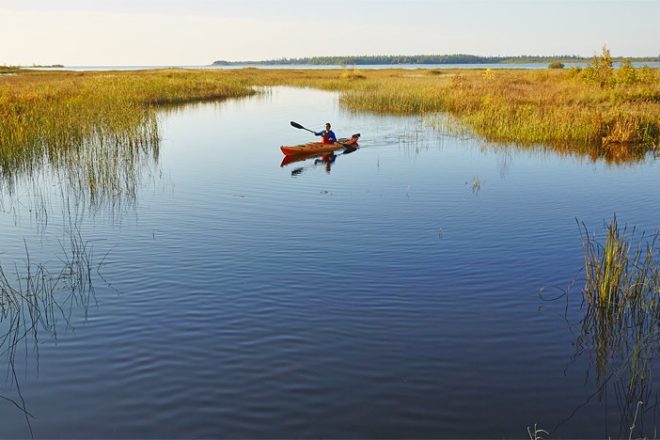 The City of Sturgeon Bay’s newly appointed Ad Hoc NERR Advisory Committee is preparing a bid for the city to become the home of the bay of Green Bay’s National Estuarine Research Reserve (NERR).

NERRs are a partnership between the National Oceanic and Atmospheric Administration (NOAA) and coastal states to study, protect and conserve nationally significant coastal and estuary systems to support the health of a reserve’s ecosystem, economy and communities. The University of Wisconsin-Green Bay led the effort to establish a NERR in the region and is currently engaged in the competitive site-selection process.

The City of Sturgeon Bay is at the center of some of the greatest aquatic biodiversity anywhere in the Great Lakes because of its proximity to both Green Bay and Lake Michigan – from areas of the Fox River affected by agriculture and industry, to near-pristine bays and estuaries along the northern shores of Door County. Twenty-nine State Natural Areas and more than 26,000 acres of protected land that support fish and wildlife habitat exist in Door County.

Caitlin Oleson and Mark Holey are the co-chairs of Sturgeon Bay’s NERR Advisory Committee. Oleson was a member of a grassroots group that’s worked to bring a university research presence to Door County because water is so important to the economics of the county. Her efforts led to a grant from the Wisconsin Coastal Management Program that supported the feasibility study – which UW-Green Bay conducted and she led – that ultimately resulted in NOAA’s decision to locate a NERR in the bay of Green Bay region.

Holey, a fish biologist and avid trout fisher, led the Green Bay office of the U.S. Fish and Wildlife Service and worked on a Great Lakes-wide basis to conserve native fish species.

In addition to its work to gain support from the community, the committee is researching site-evaluation criteria to evaluate existing, publicly owned land within the City of Sturgeon Bay where a NERR visitor center could be constructed.

Learn more about the NERR designation process at sturgeonbaywi.org, as well as during a free presentation July 27, 7 pm, at the Door County Maritime Museum, 120 N. Madison Ave. in Sturgeon Bay (or via Zoom at dcec-wi.org). Emily Tyner, director of freshwater strategy at UW-Green Bay, will give the presentation, and the Door County Environmental Council will be the host.