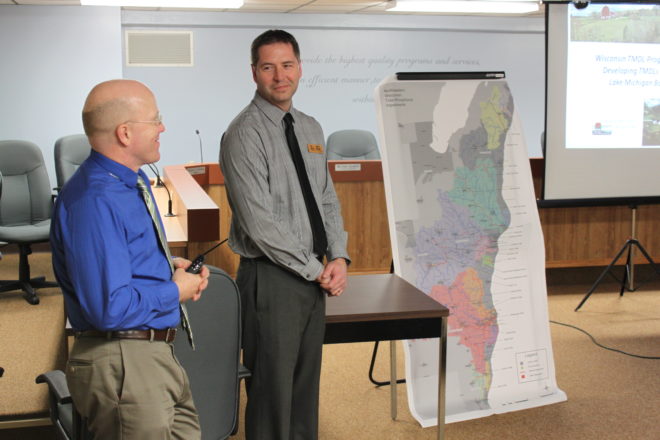 Representative Joel Kitchens brought two representatives from the Department of Natural Resources (DNR) to Algoma City Hall on March 20 to explain the proposed study that would be the first step in cleaning up the Ahnapee River. Kitchens hopes to fund a Total Maximum Daily Load (TMDL) study in the Ahnapee and nearby watersheds.

“A TMDL is essentially a pollution budget,” said Brian Weigel, Natural Resource Manager with Watershed Management in the DNR. “We try to identify a fair way of allowing the maximum amount of pollution that can still meet the water quality criteria.”

The DNR first identifies impaired rivers as is federally required under the Environmental Protection Agency (EPA). The Ahnapee River and the Kewaunee River are on that list of impaired waters. A TMDL is the first step toward remediation.

“What the TMDL does is it looks at those statewide requirements [for water quality] and if they haven’t been enough it helps start the discussion of what we need to do more,” said Kevin Kirsch, Water Resources Engineer with the DNR.

Kirsch explained that a TMDL helps differentiate the highly variable geography across the state. The land and pollution management practices that work in the karst region of northeast Wisconsin may not be as effective in the driftless sands of southwest Wisconsin. A TMDL helps identify the types of pollution in a watershed and can help recommend practices to clean up impaired waters.

Estimates for the TMDL of the Ahnapee River put the price tag at $180,000. Kitchens decided to talk to representatives in Manitowoc and Sheboygan counties and expand the scope of the project, hopefully increasing the likelihood of funding and the quality of the study.

“Doing [TMDLs] in isolation is not very reasonable at the cost,” said Weigel, saying the cost for the bigger project is estimated at $520,000. “If we expanded and went throughout this whole system, it would likely take five years.”

With rivers in Manitowoc and Sheboygan also on the impaired waters list, representatives there have stake in getting the study done, adding to the legislative strength of the proposal.

Weigel added that the expansion of the study would increase the data gathered, and thus the ability to model for other projects. If they know how certain land use and pollution impairs one river, they can use that data to help improve a different river that has the same properties. 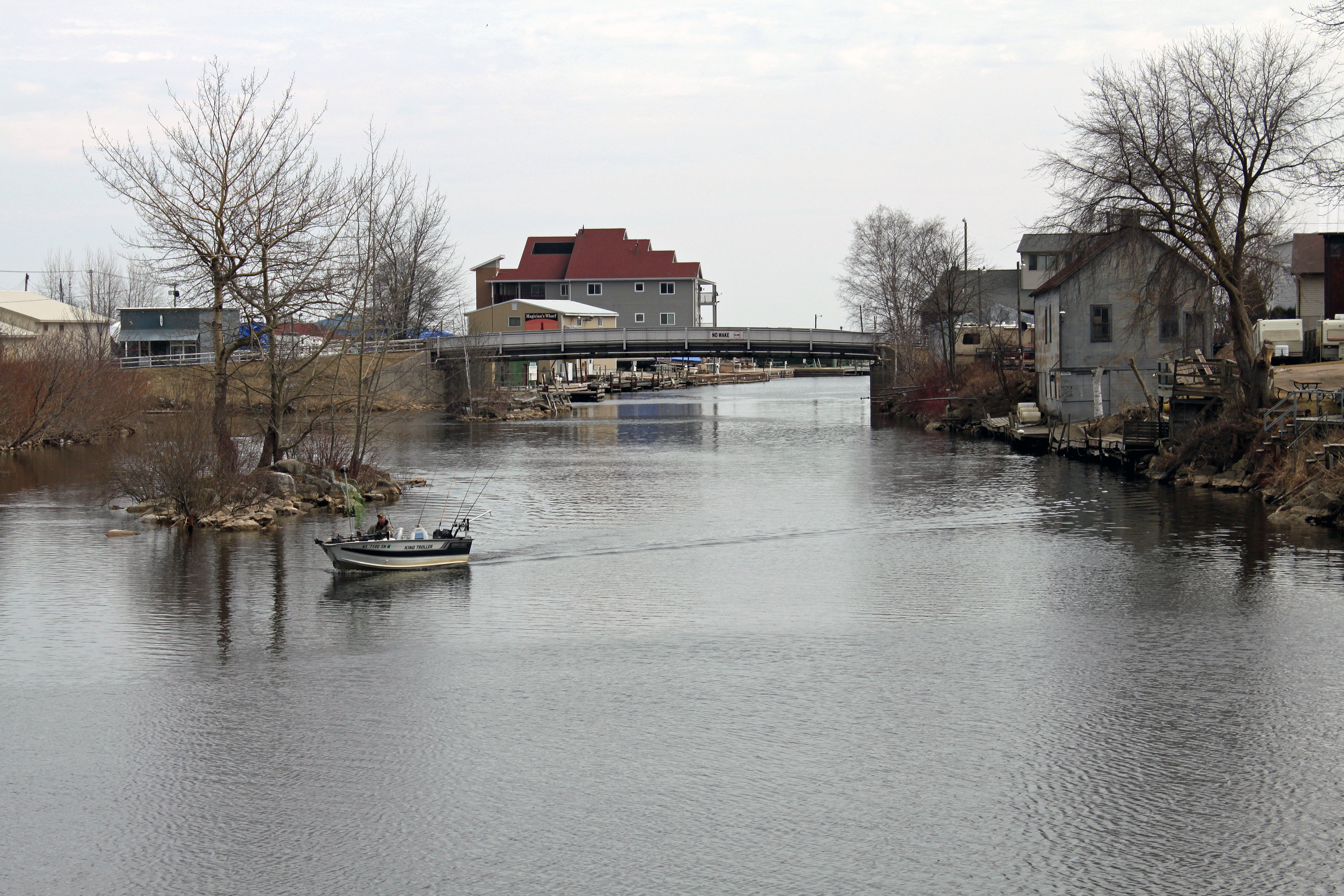 The Ahnapee River flowing through Algoma is listed as an impaired river under guidelines from the Environmental Protection Agency. Photo by Jackson Parr.

Being in Kewaunee County, it didn’t take long for the conversation to turn to CAFOs.

One resident brought up the expansion of S&S Jerseyland Dairy and others felt that if the TMDL determined most of the pollution came from agricultural land, the farms should be the ones to pay for the clean up.

Currently, CAFOs are not allowed any pollution discharge from their production areas while manure spreading is managed under a farm’s permit. While the TMDL doesn’t create any enforcement mechanisms, it does provide new targets for land conservationists to better help landowners address their own pollution.

Kirsch also said the modeling technology they use can sometimes pinpoint the very field or facility that is creating most of the pollution. He believes Wisconsin is the only state using this technology. Once the county conservation department knows who is creating pollution and how much they need to reduce the total load by, implementation becomes easier.

“Once EPA approves that TMDL, the next permits that are issued must express the goals in the TMDL,” said Kirsch. “They can scale down to individual farms. We have tools that can aid the counties in identifying which fields may be above that standard.”

Having a TMDL done can also open up the door for state and federal grants.

“We have an ability to strategically use those funds and target them in a specific area,” said Weigel. “When we offer that fund, then the facility, the operator can use those dollars to come into compliance with the performance standards. It allows that pot of money to be used in a much more strategic manner.”

Lynn Utesch, member of the clean water group Kewaunee CARES, voiced his concern for the expansion of the study, asking if it would take away from the specificity of the study.

“There’s economies of scale on the models. When we lump this area together, a lot of this ends up being satellite data. There’s a big economy of scale to do that over a larger area,” said Kirsch.

“We’d get more information for the larger area and have a better picture. This is a much more holistic approach for the whole shoreline,” said Weigel, adding that the expansion would likely slow down the project from two to four years.

When choosing where to do the TMDL studies, the DNR takes into account potential federal funding sources for the Great Lakes and Mississippi River watersheds. Pres. Donald Trump’s administration is looking to remove a majority of funding for the Great Lakes Restoration Initiative, making the availability of those funds slim.

Kirsch explained that while the funding could have an effect on the future of projects in Wisconsin, the rules on pollution and best standards would not change.

“The funding is a separate issue,” said Kirsch. “These projects that rely on Great Lakes Restoration Initiative funding, you would have certain parts of our rules kicking in, you just wouldn’t have the holistic perspective.”

Kirsch admitted that while the DNR team working on the TMDLs is, he believes, one of the best in the country, their limited resources does slow production.

“We’ve identified [the Ahnapee River] as an area that is really important. We don’t currently have the resources for it,” said Weigel. “We don’t want to pull people off of different projects like the Wisconsin River. Resource limitation is our biggest problem.”

But Kitchens hopes his amendment in the legislature to secure funding for the three-county scope of the project will succeed.

“By expanding it down to Manitowoc and Sheboygan, I’ve got those representatives in on it as well,” said Kitchens, recommending citizens voice their support to the Joint Finance Committee. “One of the reasons for these meetings is getting public buy-in.”

Kirsch and Weigel also traveled to Brillion and other towns throughout Manitowoc and Sheboygan counties to present the same information on the proposed project.