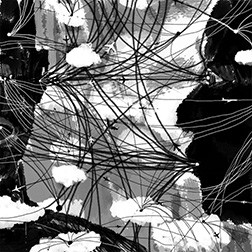 Ingrid Burke of the University of Wyoming in a letter to the Academy of Science offered this lament, “I recently returned from the annual meeting of the Ecological Society of America … This year’s conference subject was ‘Global Warming: The legacy of our past, the challenge for our future.’ Roughly 4,000 scientists attended from countries around the world to discuss the effects of greenhouse gas emissions on ecosystems and species. In so doing, we likely emitted more than 1,000 tons of CO2.” (Based on attendance and the travel involved, some eight million total miles.)

“Almost certainly, as individuals, scientists are responsible for an order of magnitude more greenhouse gas emissions than the average global person, in large part due to travel associated with our scientific interactions, presentations, and service to the scientific community. We warn (the public) about the serious consequences of ‘business as usual,’ yet we ourselves have failed to make necessary changes. Science funding agencies and scientific societies should be the leaders in reducing greenhouse gas emission from travel.”

Her letter goes on to suggest that her literate and aware science community be the one to take advantage of the advances in teleconferencing. That founding agencies and grants should encourage video conferencing and its equipment with the hope of influencing the general public, its associations, business seminars, educational conferences, conventions to attempt alternate methods to what has become a broad-scale symptomatic pattern.

We have all been to those meetings … conferences … seminars … driven and flown those miles, sometimes to hear some pretty good stuff, sometimes maybe not so good. We met interesting people, suffered less interesting people, presentations that sound the same as last year and the year before, eaten meals we didn’t need, tossed and turned during those hotel room nights, fell victim to hospitality bars. Occasionally we dozed off.

To acknowledge here that the hospitality industry involves cities, city government, civic centers, airlines, hotels, caterers, housekeeping staff, taxi service, travel agents. Conferencing is an industry of international scale with an accompanying order of economic impact. Replacing it with teleconferencing would not only save millions of tons of CO2, if also un-employ tens of thousands, if at the same time deliver on the technical level the physical replacement of human transportation via an electronic first-person version, saving man hours, resources and a bad night’s sleep. As for the hospitality bar, we’ll have to figure that out.

We live in the age of the app – there’s Google, Facebook, Skype. Even fields get cultivated by auto-guide. Ours is a world of ever-smarter phones to the end we are face-to-face as never before and it seems like we are right next door to the teleport of the Starship Enterprise. With some tweaking of gadgetry, a teleconference could be expressed at state-of-the-art commercial outlets with equipment that puts us in a place such that we feel the collective presence, if electronically. All neatly miniaturized so the remote participant could feel the personal presence of other teleconferencers, seek out face-to-face discussions without necessarily being dressed up in a tie and business suit. As this too could be done electronically, no need to wear the power suit – just dial up your choice of tie and makeup is just an app away. Instead of a week deployed to attend a physical conference, we could have a leisurely three-day meeting, eat a nice lo-cal lunch, avoid two pounds of weight gain at some sponsor’s sumptuous buffet (if to miss the young lady in gold lamé taking drink orders).

There is an upside/downside to this, if maybe she can get a tech job in the same gold lamé installing the telecommuting equipment we rent for three days instead of buying that airplane ticket. Which by the way comes with an after-hours selection of movies, sci-fi, classics, anime, car chase movies, nature films and some choice erotica, just like every convention.

Climate change in its essence is a challenge to the same old, same old. This year, Formula One racing started a series called Formula E – these are electric Grand Prix cars. At Le Mans in June, the hyper class of 300 mph vehicles included electric assist vehicles from the likes of Audi and Porsche, generating electrical power through their exhaust. The actual engine of the Porsche was a mere four cylinder, 2.5 liter – that’s 150 cubes, top speed something pushing 330 for 24 hours. Not the same old, same old.

The salvation of planet Earth in a form we know how to thrive on will require sacrifice … to predict the Catholic Church within the decade may give up its millennia-long position on birth control and abortion. Nevermind the message remains the same – love is always about sacrifice.

Maybe a good place to start is those air miles and all those conferences. Beyond is the thought that maybe government doesn’t need a city hall. The capitol building in Madison would make a nice museum. Then again, maybe we don’t need museums either, just another app. Maybe the county board can go the next step beyond community cable and become an online institution.

Maybe the next device we add to the American home is a small room with screens in the walls. Tune to the County Board channel and the chamber appears, everybody in place. Phil Idsvoog is at the podium, looking mystified at County Counsel, again, except it’s a facsimile. Instead the members are at home in their favorite chair, eating supper, listening to Monday night football if also at the County Board meeting.

To think every health care conference, every annual meeting, PTA, task force could use the same virtual network. Dress up if you want or just press auto and you get a custom fit Armani; the new age of television and carbon credits.