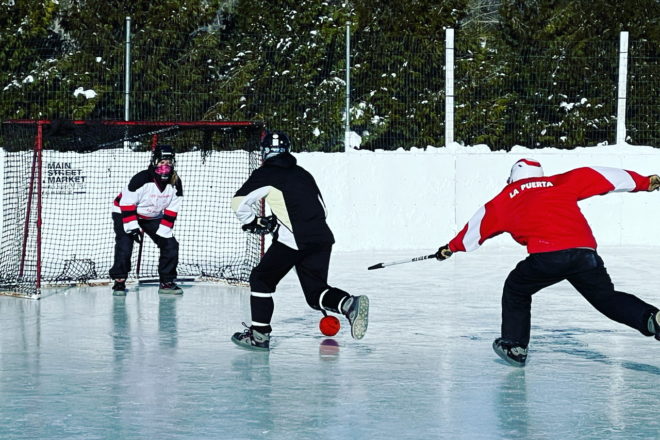 Familiar foes faced off for the Hilander Cup Sunday afternoon. Johnson’s Park thrashed JJ’s in the semifinal, while Alexander’s outlasted a determined CHOP team to earn its birth in the final, where they out-slugged Johnson’s Park 4-2.

In the early games CHOP shut out Husby’s 5-0, while JJ’s squeaked past Door County Brewing Co. 3-2 in the days tightest contest.

Broomball season is over, but the Teresa K. Hilander Community Ice Rink remains open as long as weather permits (which looks like a while right now). Rentals are available weeknights from 4-8 pm, and on weekends from 10 am – 8 pm on Saturday and 10 am – 6 pm on Sunday. Pickup hockey is played Friday nights at 6 pm, and pickup broomball will continue on Wednesday nights.