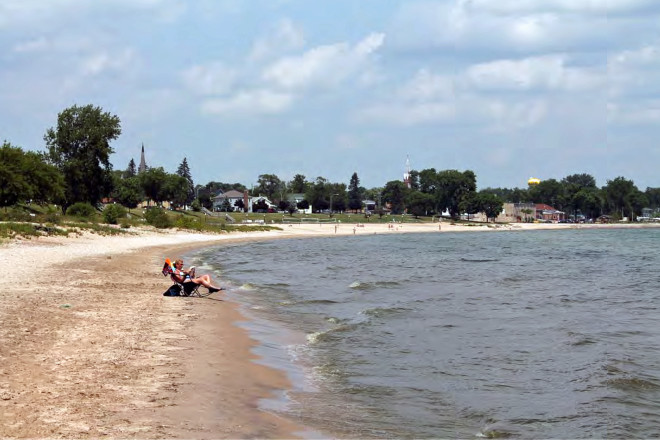 This summer, the City of Algoma will complete the first phase of planning for its Crescent Beach Improvement Plan with the engineering firm SmithGroupJJR. Supported by two grants from the Fund for Lake Michigan and the Environmental Protection Agency (EPA), the improvements will take a big step in addressing water quality at the beach.

The total cost in the proposal from SmithGroupJJR, which includes only planning and does not include construction, is $69,541. The two grants total $250,000, giving the city the ability to implement many of the measures that come out of the planning process.

The most important improvement the city will undertake in 2018 concerning water quality is the reconfiguration of stormwater outfalls. Many of the outfall pipes discharge right onto the beach, which has plagued Crescent Beach with an average of nine beach closures or health advisories each summer for the past 10 years.

The request for proposal (RFP) sent out to engineering firms said 50 percent of the beach closures were due to poor stormwater infrastructure. Algae, likely from phosphorus runoff from farms, and bird contamination, which the city attempted to solve by planting fake foxes along the beach, contributed to the remaining 50 percent of closures.

The reconfiguration of stormwater pipes will send the water north to discharge near the marina after it travels through newly constructed rain gardens and bio-infiltration devices to help treat the water. 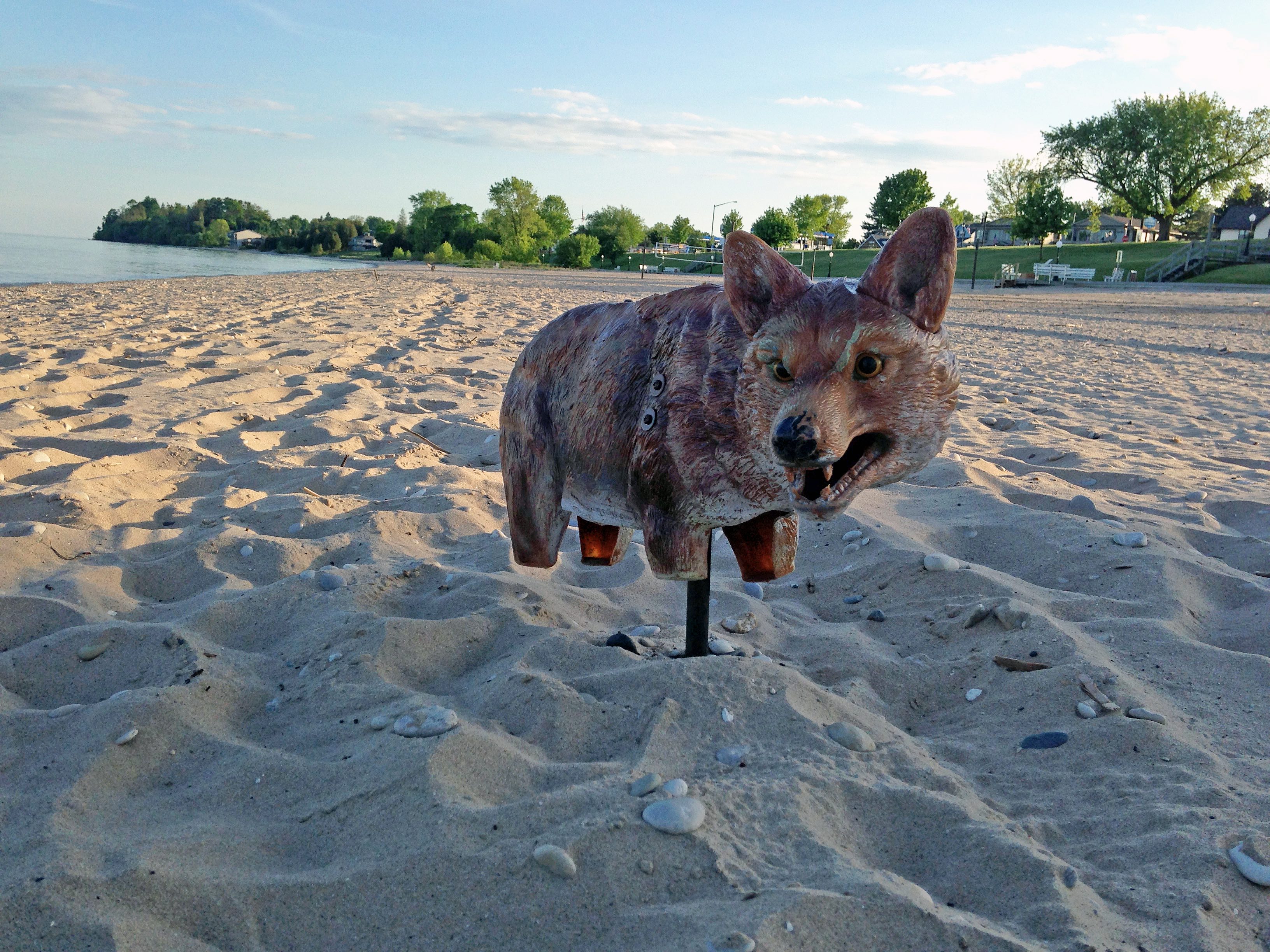 One of the fake foxes the City of Algoma installed to scare birds from Crescent Beach. Photo by Jim Lundstrom.

“We’re excited we’re able to look at the beach as more than sand, gravel, grass and a slope,” said City Administrator Jeffrey Wiswell. “We’re trying to think of it as a space that has its own environmental dimensions for the general public, features that are recreational such as volleyball and kayaking.”

The $75,000 grant from the Fund for Lake Michigan doesn’t have many strings attached. The EPA grant of $175,000 must be used for green infrastructure projects such as retention ponds and natural stormwater outfalls, both of which the city may pursue.

The villages of Sister Bay and Egg Harbor both retained SmithGroupJJR for design work for their public beaches.

The firm will hold public meetings to aid in design of the remaining beach plan concurrently with designing stormwater infrastructure and the parking lot configuration. Those meetings will take place the next few months. According to the timeline provided by the firm, final plans and costs will be completed in July and portions of the project may go out to bid in the fall.