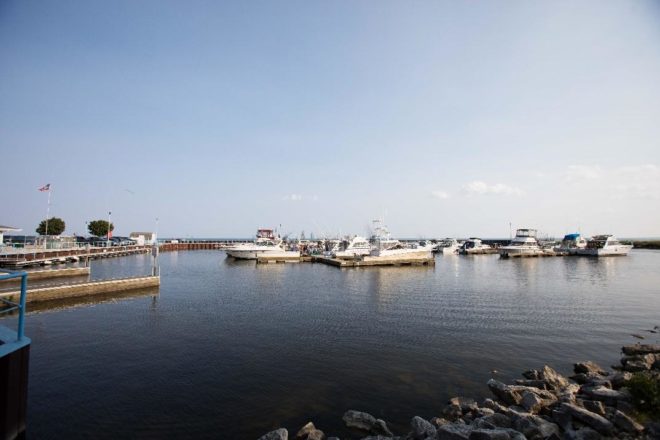 Algoma will partake in its first ever Blessing of the Fleet on June 22 at 7 pm. All boaters and land observers from the Bay of Green Bay to the shores of Lake Michigan are invited to attend. The blessing features a special safety proclamation from the Mayor of Algoma and Assembly Citation signed by Gov. Walker and presented by Rep. Joel Kitchens, a trout boil and band at Sunrise Cove Marina. All proceeds from the trout boil go to Algoma Fire and Rescue.

The event was created by Troy Mattson of Kinn’s Sportfishing, who suffered epic losses to four boats during the fire that raged overnight on June 23, 2016. Mattson wants to give “recognition to the Algoma Fire and Rescue as they saved the lives of several crew members, other boaters, and all the vessels in the marina. Many ports around the world start their fishing season with a ceremony like this and I think it is only fitting that we do this in the legendary fishing port of Algoma.”

Boaters are asked to line up in the Ahnapee River starting at 6:30 pm. The ceremony begins at 7 pm on the shore of Sunrise Cove Marina, 70 Church Street, with the national anthem. At approximately 7:25 pm the U.S. Coast Guard escorts the head boat out into the water beyond the break walls. All other boaters are asked to follow and circle around the head boat to receive the blessing from Pastor Christopher Jackson.

For more information and a list of other activities visit visitalgomawi.com.