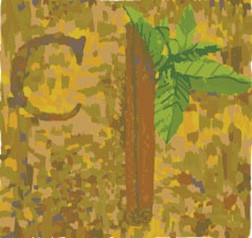 Mediocrity never fit well for Lance Graw. Neither did the color red. Wearing his new blue hat, he rode the escalators to ground level at the Smithsonian Metro station so he could walk the length of the National Mall. Seventy degrees in December wasn’t going to happen every year, and he wanted to fulfill the weather’s promise.

A typical indoor routine wouldn’t do on such a strange day, and he needed solitude when the realities of life in the capital smothered him. People, politics, power.

He could have held a cinder block above his head for hours and done it with more ease than confronting the mental circus dashing around his mind. Job offers. New roommates. Relationship on the edge. To stay. To go.

Despite his frequent travels and spending five years in a population full of transients and stepping-stone seekers, Lance had not considered the possibility that a place might never quite feel like home.

He swung his arms across his body and breathed in warm winter. Crunches with a cadence quicker than his own alerted him to the runners approaching.

Lance kept grinding the gravel of the Mall’s main walk. No, he thought, the air didn’t call to mind the first season of the year. Spring had the decency to precede summer. Spring scents reflected fresh life. Winter smelled dead, sprinkled with the decaying traces of a year.

He smiled at the entrance to the U.S. Botanic Garden, a space beautiful and orderly situated next to the most cluttered, clustered group of government employees. That the sun cast the Capitol dome’s shadow in the opposite direction of the gardens remained a marginal solace.

The small amphitheater on the grounds contained only silence. He lay alone with his blue hat covering his red, blood-shot eyes.

The sun’s departure behind a cloud bank woke Lance from a nap amid the brown stalks and withered leaves, botanic to their end.

He wandered through the empty trellises toward the main building. The west gallery held food-related plants and spices. Luckily, small children weren’t the only visitors with their noses buried in the exhibit obviously built for people that age.

Lance leaned, hands on his knees, to smell the cinnamon sticks and the vanilla beans. Cloves made him sneeze. But the cinnamon. The cinnamon. Smells registered more strongly with closed eyes, eyes that snapped open at the thud on the side of his face.

“Oh, my gosh.” She was laughing. She glanced at her hair as if it would apologize, but she didn’t blush.

“Better than a runaway bride.”

“Never seen it.” Her friends had grouped a few feet away. “I’m Lance, by the way.”

“Your friends look like they’re ready to head out.”

“We have to take pictures with the big Christmas tree first, but, yeah. Would you mind?”

“Well, since your wild hair assaulted me, how about a coffee date to make up for it? I’m sure we can find a cinnamon drink.”

She smiled. “Sure. Probably easiest to find me on Twitter. @tgraw20. Message me.”

“Easy to remember. I’ll check my schedule and let you know. Probably late next week?”

Lance swirled his laptop around to show Taylor’s profile to his friend.

“Wait.” His friend closed the laptop. “You refuse to date girls with the same name as your sisters. Or your mom. Or your favorite aunt. You only date girls with names that end in a. But within these arbitrary constrictions, you are considering a girl who’s basically a relative whose name does not end with the first letter of the alphabet?”

“It’s not that I won’t date girls without an a at the end of their names, it’s just that I haven’t.”

“Same difference. It doesn’t matter whether you’re consciously making the decision. Emma, Deena, Anna, Jada. How about Laura? And, oh, Rebecca. I think that covers the past five years or so. These are facts, and there are many of them.”

“To be fair, Anna was her middle name.”

“You’re planning a romantic coffee-shop rendezvous with a girl, admittedly gorgeous, but who’s related to you. That’s what I’m telling people.”

“We live in a big city in a big country. The odds of us actually being related are probably something like zero. Statistically insignificant.”

“Still weird. And speaking of her, what will she think when you tell her your last name? What’s she thinking already?”

Lance hadn’t considered that he’d already messaged a girl who, with any curiosity or even a slim measure of the street sense that kept young women from going on latte dates with psychopaths, would click on his profile and find another Graw.

He’d known many types of girls in his life with names that ended in many fine letters.

The brunette with perfect hips walked with pigeon toes and curled her fingers around the cuffs of her sweatshirt. The blonde checked her mirror and phone more than she smiled. The short girl with a tall personality wrapped her legs around his waist as he kissed her against a wall. The exhaustingly flirtatious girl couldn’t sustain a conversation or even stand still long enough to start one. Athletes, low self-esteemers, musically inclined — he’d gravitated to each at some point.

Yet Lance had never encountered a braided cinnamon-smeller.

His thoughts skipped to wedding invitations and a “Graw-Graw engagement,” which led him to the convincing notion that he’d have to order the pumpkin drink instead.