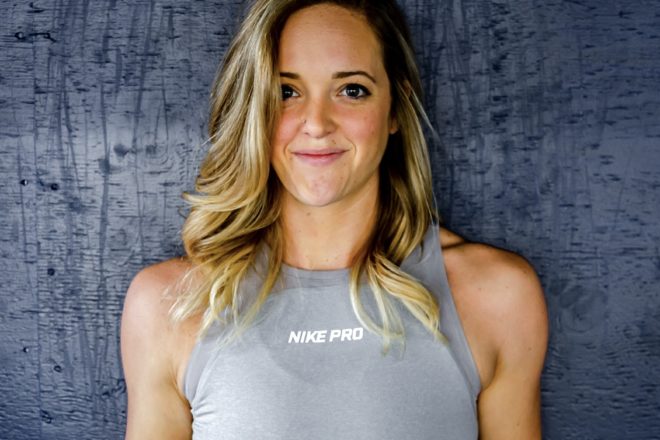 Finding balance through athletics and the wilderness

Being a college athlete isn’t all it’s cracked up to be, and Sturgeon Bay alumna Linnea Schmelzer knows that better than many. By the time she entered her junior year playing basketball at Truman State University in Missouri, she was burned out, both physically and mentally.

Her coach expected a lot, both on the court and off. Schmelzer’s coursework was challenging, too: She was pursuing a degree in exercise science with a minor in biology. On top of that, she had a bad hip, and everything combined to make her feel run down.

She spent most of her life playing sports and trained hard to be a college basketball player. Her parents were teachers in the Sturgeon Bay School District, and she spent a lot of time in the gym and weight room with her dad.

Despite the time and effort she put into the sport, she wondered whether it was all worth it. It was a very hard decision, but ultimately she concluded that her energy would be spent more productively elsewhere, and she was able to graduate early instead of playing her senior year of basketball.

Schmelzer did an internship in wilderness therapy in southern Utah the summer before her junior year. She then had the option to return after graduation, so she went back to work as a field instructor with at-risk youth and adults, spending days at a time with them out in the desert.

“It was a pretty big U-turn in my life,” Schmelzer said.

She had fostered a love of the outdoors growing up in Door County, but working as a field instructor had nothing to do with her degree. Still, she was up for the challenge, went through the training process and essentially moved into the wilderness for the next two and a half years.

The people she worked with had a variety of serious challenges they were sent to work through: drug abuse, self-harm and Attention Deficit Disorder, among others. They stayed in the program for two or three months at a time while Schmelzer worked with them eight days on the clock and six days off.

Her duties included keeping her groups safe out in the wild, teaching them survival and communication skills, and making sure they weren’t physical with each other.

“Nobody is [qualified for that]. Nobody has ever done something like that before, especially as a young 20-year-old,” Schmelzer said. “You don’t know what you’re going into. Every day is so different. One kid could be a sweetheart at one point and then threaten to knock you over the head with her stick the second you turn around.”

Schmelzer said not every individual was like that, but there were some scary moments. Though those experiences stick out in her memory, she remembers positive times, too.

For instance, there was a 14-year-old girl with whom Schmelzer became close. The girl rarely opened up to other people, but she came to trust Schmelzer. The girl was in the program for a long time, working through the physical and sexual trauma she had experienced.

“Hearing the things that happened to this girl, and how brave she was to be vulnerable and eventually share these things with her peers as a 14-year-old girl, and then watching her turn these horrible experiences into this new life and perspective on life was incredible,” Schmelzer said. “I will never forget that girl.”

Interacting with kids such as that memorable girl allowed Schmelzer to see how much can be learned from youth, whether they’ve experienced trauma or not.

The staff had just as much of an opportunity to learn, work with each other and work through their own struggles as the participants did, she said – just on a different level.

Because heavy topics are being discussed and worked through, the program ended up being just as transformative for the staff as for the participants, Schmelzer said. Making a difference in others’ lives, and having an opportunity to work on her own self-growth was her favorite part, she said.

But after two and a half years, she was ready to have a routine lifestyle back and felt it was time to move on.

Four months prior to leaving, Schmelzer joined a CrossFit gym in St. George, Utah. She loved the tight-knit community there, and she realized she was missing her competitive side.

Her father, Steven Schmelzer, died in July of 2018 when he was struck by a car while surveying land, and Schmelzer was struggling with anxiety and depression. CrossFit was a way for her to channel her pain and pent-up energy into athletics in a community that accepted and loved her without knowing the events that had brought her there.

Then CrossFit offered Schmelzer a position as a personal trainer. She already had her exercise-physiologist certification from her degree and went on to obtain her CrossFit Level 1 training as well. Before she knew it, she was a fitness coach at the gym.

“All that passion from sports and athletics and moving and working out came together again and found me,” Schmelzer said.

But there was still something missing. She felt there was more to fitness than just the exercise.

Schmelzer started her own business, FitBalance Academy. It’s an in-person and online coaching program that finds the balance among fitness, nutrition and mindfulness, which she believes are the three pillars of health. It’s about looking at the big picture.

Most of her work is now online, but Schmelzer strives to make it a very personal experience, working hard to get to know her clients through an extensive qualifying process and formatting their fitness plans.

In the end, Schmelzer was able to find a life balance of her own, meshing her exercise-science degree and the techniques she had learned as a wilderness-therapy instructor.

“I’m so grateful for that experience that I had,” Schmelzer said. “It really shaped what I’m doing and how I interact with people.”