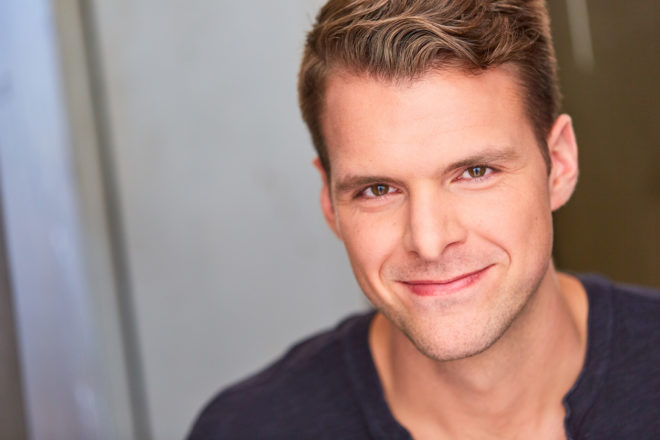 Soon 2010 Gibraltar High School graduate Adam Breseman will head to Los Angeles. His path there didn’t reveal itself until several years after his college graduation, but after he started exploring this path less traveled, it wasn’t long before he found himself solidly on it.

Breseman grew up on the Björklunden property just south of Baileys Harbor where his father, Mark Breseman, is the executive director.

In high school Breseman said he touched a number of social circles. He was involved in sports – football, basketball and golf – plus choir and theater. He did well in school and worked during the summer.

High school football coach John Sawyer – the father of Breseman’s best friend, Tom – remains one of Breseman’s lasting inspirations. John Sawyer made an effort to take the lessons learned from football and apply them to real-life situations – a big takeaway for Breseman.

Attending Gibraltar High School allowed him to transcend the cliques common in bigger schools, he said, comparing his experiences with those of his college friends. And because of this, he was able to let his curiosity flourish.

One thing Breseman felt was lacking at Gibraltar, though – and in Door County as a whole – was diversity. When he arrived at Lawrence University, where 20 percent of the student body was international students, he felt prepared academically and socially, but not culturally.

Breseman felt his worldview widen. It became important to him to meet people from other walks of life and make new friends, something he would encourage all Door County grads to do.

“Door County is a really special place, but it’s not the only place,” Breseman said.

Lawerence’s study-abroad program allowed him to spend a semester in South Kensington, London and he got to travel all over Europe on the weekends.

Breseman’s father encouraged him to study something he was interested in, so he pursued a marine biology degree at Lawrence and played on the basketball team. He had almost completed that degree by the end of his sophomore year, so after returning from London, he started exploring entrepreneurship and innovation.

“[That’s] the beauty of a liberal arts degree,” he said. “More and more in the business world, and I guess whatever you want to do, having a varied education versus a specified track is super, super helpful.”

After graduating Breseman moved to Chicago and spent almost a year at a family-owned business before attending the Startup Institute: an eight-week bootcamp course in foundational skills where Breseman began to build his network. That lead to a job as a sales director, but now he’s changing course.

Two years ago Breseman found himself looking to fill a gap in his life. He thought back to when he watched movies and Saturday Night Live (SNL) as a kid and dreamt about how he thought he could play those roles and make those voices.

“Being from a small town in Wisconsin, those dreams don’t really feel like they can happen,” Breseman said.

But he discovered improv comedy and started taking classes at The iO Theater. He’s participated in some web series, student films and Disney’s Encore! show here in Door County.

“Ever since then, that’s just been my world,” he said. “Every decision I’ve made has been to spend more and more time doing acting and comedy.”

Now Breseman is moving to Los Angeles to pursue it full time. One of the biggest challenges he faced following school was making decisions based on what he thought others expected of him, and it was one of his biggest accomplishments to take the path that he truly wanted.

Journaling has been helpful in navigating his goals and dreams.

“[Journaling] gives all those thoughts – like self-doubt or questioning, or even the little quiet dreams you have – a voice,” he said. “I’m living the exact life I wrote about then.”

Breseman is looking forward to making a living as an artist and hopes to get an audition with SNL.

“It’s taken me a long time to be comfortable saying those words because of the image I’ve constructed of myself,” he said. “But, I would just tell people to listen to that voice inside and trust themselves more.”