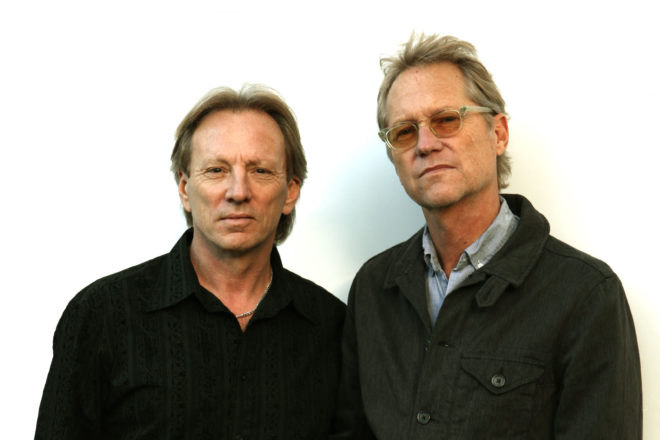 On July 7 at 8 pm, the legendary band America (known for the hit “A Horse with No Name”) will take the stage at Door Community Auditorium (DCA).

2017 marks the 47th anniversary of America, the perennial favorite rock band that exploded onto the music scene in 1971 with the hit song “A Horse with No Name.” Founding band members Gerry Beckley and Dewey Bunnell met in their London high school in the late 1960s and quickly made their way to the top of the charts on the strength of their memorable tunes and signature harmonies.

Following the success of their first number-one single, America became a global household name with an impressive string of hits, including “Ventura Highway” and “Sister Golden Hair.” More than 40 years later, these friends are still making music together, touring the world, and thrilling audiences with their timeless sound.

America has produced six gold or platinum albums, and their first greatest-hits collection, History, sold more than four million. Their music cuts an ambitious artistic swath. From effects-laden rockers to oddball medleys to soul-bearing ballads, America blends genres in a way that’s as wide-open as the great American plains.

Tickets range from $65 to $88. Advance reservations are recommended and can be made through the DCA box office, located at 3926 Highway 42 in Fish Creek. The box office is open 12-5 pm, Monday through Friday. Tickets can be purchased in person, by calling 920.868.2728, or online at dcauditorium.org.