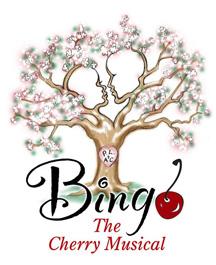 American Folklore Theatre (AFT) has announced its 2011 season, which will run from June 15 until August 27 at the Amphitheatre in Peninsula State Park and move indoors to Door Community Auditorium from September 1 through October 16.

This year’s season will kick off with the world premiere of Bing! The Cherry Musical, a play by Dave Hudson and Paul Libman which celebrates the love and laughter that blossom in the cherry orchards of Door County.

AFT will distribute complimentary tickets to every elementary, middle and high school student in Door County to attend Bing! The Cherry Musical. The nearly 4,000 tickets will be distributed to schools the week of May 16 and will be in students’ hands by summer vacation.

Long-time AFT fans will be familiar with the all-time summer box office hit Lumberjacks In Love, which bring audiences the story of four burly lumberjacks.

Rounding out the Summer Season will be Guys & Does, the deer hunting musical that promises “more bang for the buck.” Appearing for the first time on the outdoor stage, Guys & Does returns to Door County after a successful tour throughout Wisconsin this past fall and winter, including a two-week run in Madison at the prestigious Overture Center for the Arts.

General admission tickets for summer shows are $19 for adults, $8 for teens, and $5 for children. Reserved seats are $6 more per ticket.

For more information or to reserve tickets stop by the AFT box office at the Green Gables shops in north Ephraim, call 920.854.6117, or visit http://www.FolkloreTheatre.com.