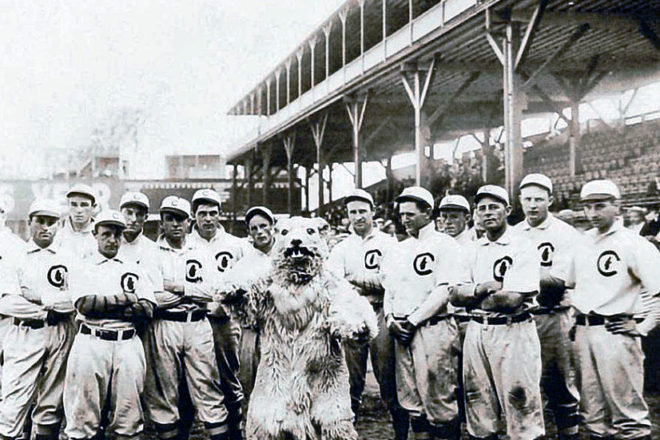 By the time you read this baseball will have a new World Series champion. The Chicago Cubs and the Cleveland Indians are tied with three wins apiece as I write this, and game seven on Wednesday night promises to be historic, regardless of who wins. The Indians have not won a World Series since 1948, while the Cubs haven’t even been in the World Series since 1945 and haven’t won baseball’s ultimate goal since 1908.

Through the years commentators have often used the term “futility” when referring to these two teams – particularly when referencing the Cubs. Indeed, the Cubs have gone so long without a world championship that they are often referred to as “the loveable losers” or the “Cubbies.” I find both appellations repugnant. One implies a desire to lose and the second makes the team sound soft or weak.

When a team in any sport makes the postseason, every fan of a team becomes an avid fan. In reality, however, there are degrees of fans. There are the fans that simply “jump on the bandwagon” because the team is winning; there are the fans that, while professed supporters throughout the season, only start to pay real attention when the push for the postseason takes hold (in baseball, this is typically September); and there are the fans who are true fans, who faithfully follow their team throughout the entire season, regardless of whether they are winning or losing.

When it comes to the Cubs, I fall in the latter category. Indeed, I now believe that I was genetically predisposed to be a Cubs fan before I left my mother’s womb. Some of you are probably thinking that this assertion is an exaggeration, but allow me to make my case. 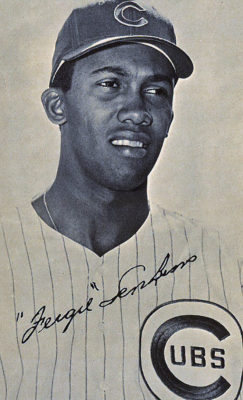 The first game I ever attended in Wrigley Field was Opening Day in 1971, when I was 13 years old. I attended the game with my father, Grandpa Grutzmacher, and Great-Grampa Kowalski – four generations of Cubs’ fans. Legendary Cubs’ broadcaster Jack Brickhouse gave us a shout out as we were shown sitting in the upper deck down the third base line. That in itself was special, but the best part was the game.

Cubs’ ace Ferguson Jenkins matched up with Cardinals’ ace Bob Gibson in the game, which went into the 10th inning with the score tied 1-1. Both starting pitchers came out for the 10th inning. Jenkins retired the Cardinals without allowing a run but Gibson, with one out in the bottom of the 10th, gave up a game winning homerun to “Sweet Swingin’” Billy Williams. Cubs won 2-1. The game remains the best pitching duel I ever witnessed in person.

When I moved to Chicago in 1980, I lived a few doors off Clark Street and two blocks south of Foster. As the spring of 1981 rolled around I gave up my full-time job at Kroch’s & Brentano’s and took a part-time job at a newsstand-style bookstore just off the intersection of State and Rush Streets while I pursued freelance writing jobs. The best part of my new, part-time job was that I typically worked evenings until 11 pm and this meant I could go to Cubs games during the day.

Games usually started at 1:20 pm in those days (Wrigley Field was yet to receive lights) so my routine was this: about 10:30 in the morning I went to a bar/carryout business just around the corner on Clark Street where I purchased a liter of Seven-Up and the newspaper (you could carry in refreshments in those days, as long as they weren’t alcohol). I would then either catch the bus or walk down to Wrigley Field, where I would pay $2 to sit in the right field bleachers and 50 cents for a scorecard.

During batting practice I would scan the paper, do the crossword, and talk over the wall with the players. During the game I faithfully kept score, talked baseball with fellow spectators, and occasionally heckled the opponent’s outfielders. To be honest, the Cubs were awful that year, but I attended 56 of their 81 home games and it remains one of my favorites summers.

I attended the first game Los Angeles Dodger Fernando Valenzuela pitched in Wrigley Field where I was one of the few Caucasians in the stands. Aside from Valenzuela’s pitching, this game was memorable because a young Latino woman who, no doubt, had consumed far too many Old Styles, decided to disrobe in the stands down the first base line, and then was passed back and forth overhead by the cheering fans in the crowd who, for a time, completely forgot about the ball game. Despite security’s best efforts, they were unable to apprehend the woman and, several innings later, she materialized behind me in the right field bleachers clad in nothing but a coat.

On June 10, 1983, I skipped out from my job at the ad agency to see Ferguson Jenkins pitch his last complete game. The Cubs had started what they called “Businessman Specials” in which games started at 2 pm or later. I left work at 1 pm, offering some excuse or other, and made it to the ballpark just before the start of the game. Unable to find a seat in the bleachers, I opted for one of the cement platforms just to the left of centerfield. Crawling up on top, I loosened my tie, set my briefcase next to me, corralled a beer vendor, and sat back to watch Jenkins pitch a complete game 7-0 win. As you may have surmised, I was busted the next day when I discovered that I had been featured during a crowd shot – a guy in a suit, sitting on a cement platform with his feet stretched out in front of him, sipping a beer with a briefcase by his side was, apparently, a shot the cameraman couldn’t resist.

In April of 2006, my wife Barb, my daughter Molly, and my son Andrew went to see Greg Maddux pitch in Wrigley Field. Maddux was just back with the Cubs after an extended stay playing for the Atlanta Braves. Arriving at the ballpark, the girls stopped in the bathrooms before we headed to our seats and, while we waited, I took Andrew’s hand and led him up the stairs so he could see the field for the first time. I can still clearly see his face and hear him say, “Wow! You can almost touch them [meaning the players].” 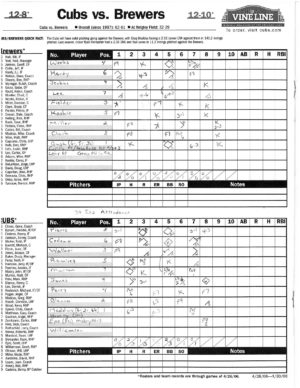 Steve’s scorecard from the Greg Maddux game he attended with his wife, daughter, and son in April of 2006.

I could go on with personal stories, I could tell you at length about how my father, who was writing columns for Chan Harris’ Door County Advocate, convinced Harris to support him in trying to get Cubs’ press credentials. And how, much to Harris’ surprise, my father not only received the credentials but continued to do so for years, making several trips each season, faithfully writing columns, and becoming good friends with nationally recognized sports reporters. And so much more…

Former player, coach and manager Alvin Dark (interestingly, Dark coached for the Cubs and managed the Indians during his career), had a wonderful quote about baseball and Wrigley Field: “Every player should be accorded the privilege of at least one season with the Chicago Cubs. That’s baseball, as it should be played – in God’s own sunshine. And that’s really living.”

And this leads back to what it means to be a true fan. Obviously, faithfully following your team, regardless of their success, plays a major role. But the true determiner is how fully you love the sport. People like myself love baseball, pure and simple, and within that love of baseball I love and follow the Cubs.

As Bill Veeck, the man who planted the ivy along the outfield wall in Wrigley Field, famously said, “There are only two seasons – winter and baseball.”