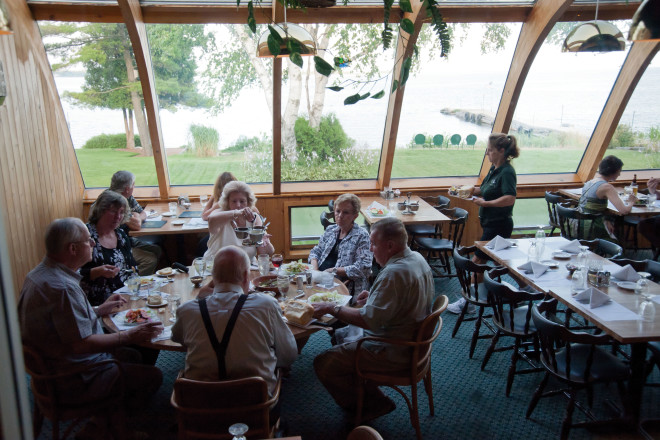 For years, the sign outside the roadside restaurant and ballroom south of Jacksonport read “Mr. G’s Supper Club.” A few years ago, Mr. G’s co-owners Bob and Mary Geitner changed the name of the restaurant to Mr. G’s Logan Creek Grille, but in the years leading up to the name change, they regularly fielded the same question. 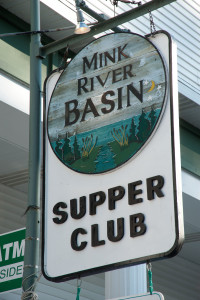 Supper clubs were ubiquitous and popular in the Midwest for much of the 20th century, and it’s a sign of changing times that, these days, the idea of a supper club occasionally needs to be explained. Still, the fact that restaurants like Mr. G’s (which maintains its old-fashioned supper club atmosphere despite its name change) are still thriving is also a sign of the supper club’s enduring appeal.

Though the first supper club in America was located in Beverly Hills, California, supper club aficionados in Wisconsin are quick to point out that that restaurant’s founder, Lawrence Frank, was a native of Milwaukee. From their start in Beverly Hills, supper clubs spread rapidly in the 1930s and 1940s, thriving in a post-Depression United States that was looking for a semi-formal dining experience at affordable prices.

With their emphasis on traditional Midwestern cuisine and a classy but laid back atmosphere, supper clubs never gained a real foothold in California. However, they became popular almost immediately in Wisconsin, and the Midwest became the true home of the supper club – loosely defined as a restaurant that features a large bar specializing in brandy cocktails, a separate dining room serving traditional meat-and-potatoes fare, and a focus on a live music or other entertainment, inviting restaurant-goers to turn their evening meal into a full night out. Dark but comfortable, semi-formal but affordable, the traditional supper club has now rooted itself deeply and indelibly in Wisconsin mythology. 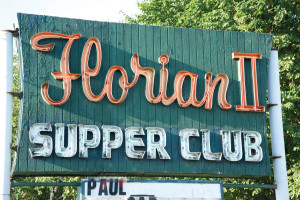 Door County has always been a proud participant in the Wisconsin supper club tradition. Supper clubs cropped up all over the peninsula in the 1940s, 1950s, and 1960s. In addition to a handful of establishments that are still in operation, including the Florian II, Mr. G’s, Sister Bay Bowl, Greenwood (Fish Creek), Mink River Basin (formerly called Clayton’s and Voight’s, located in Ellison Bay), The Mill and The Nightingale (both in Sturgeon Bay), The English Inn (Fish Creek) – and a handful of other restaurants that could be considered supper clubs depending on who you ask – the Door County supper club scene also once counted the C&C Club (now Cooper’s Corner in Fish Creek), Murphy Moore’s and Casey’s in Egg Harbor (Casey’s is now a smokehouse), and Sinkler’s in Little Sturgeon among its members. 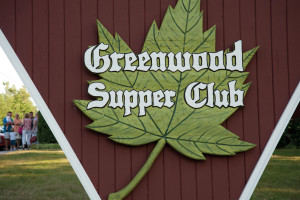 “All of [the supper clubs] were pretty much on the same theme,” continues Jerry. “All of them had a good steak, a good Friday fish fry, a good Sunday chicken dinner.”

But each supper club was known for a different specialty:  The Mill for its roast chicken dinner, Clayton’s and Mr. G’s for whitefish, Florian for its barbecued ribs, the Sister Bay Bowl for its fish fry, and the Greenwood and the Nightingale for their prime rib. 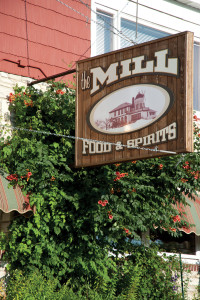 The staples on which supper clubs still base their menu include:  a relish tray (often served on a lazy susan), a generous portion of beef, poultry, or fish whose price includes a salad and choice of potato, and homemade bread. Due to the large amounts of food for which supper clubs are famous, it was Lawrence Frank’s initial Beverly Hills supper club that first introduced the doggie bag to American restaurant culture.

Jerry’s brother and co-owner Joe Kwaterski believes that the straightforwardness of supper club menus is key to the appeal of supper clubs. “You can look at the menu and know what it says. A chicken breast is a chicken breast. It’s not some hoity-toity thing for $30.”

Another of the great draws of supper clubs in Door County has been the extra entertainment they provide. The Sister Bay Bowl, for example, is attached to the bowling alley for which it is named. In the 1930s, the Greenwood (which was then known as the Slipper) had a large dance floor and showed movies on weeknights. Sturgeon Bay’s Nightingale featured a large dance hall. Mr. G’s, which still boasts the largest ballroom in Door County, seating 400 to 500 people, had a thriving dinner theater for much of the 2000s and now features a creek-side Tiki bar. The C&C used to have a piano bar. During the 1980s, Florian II often featured music (typically large rock bands) seven nights a week; they still host live music in their bar.

Entertainment offers an incentive for people to spend their entire evening at a supper club. Traditionally, supper club-goers dressed up for their evening out. They would begin their evening with an hour of cocktails at the bar (Manhattans and brandy old-fashioned sweets are iconic supper club cocktails), progress from the bar into the dining room for the evening meal, and then move back to the bar to enjoy the entertainment and alcoholic ice cream drinks like Grasshoppers or Brandy Alexanders. 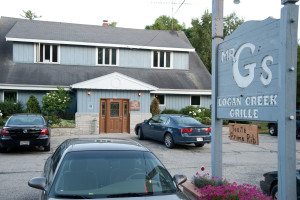 “People used to come out for the whole night,” says Joe.

In the late 1980s and early 1990s, partly due to changes in American culture and tougher enforcement of drunk driving laws, the popularity of supper clubs began to decline. Certain supper club staples began to seem antiquated in an era of greater culinary sophistication. Like the Geitners, the Kwaterskis removed the name “supper club” from their sign for a time, because fewer and fewer customers knew what the term meant. Some even thought the term implied that you had to become a member of a club in order to patronize the restaurant.

But supper clubs always remained popular among a certain demographic of longtime customers, many of whom value the tradition and consistency that supper clubs provide. 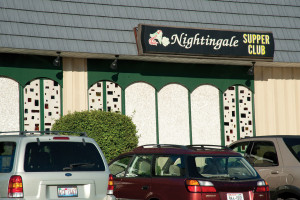 “People like consistency,” says Mary of Mr. G’s, “and we try to keep local people satisfied. We know a lot of our clientele that have been coming in for so long. You get to be friends, know them by name. When they sit down at the bar, [Bob] knows what they drink.”

“In a supper club, you often find that the owners are the workers. They’re involved. A lot of the times their kids are involved. We’ve kept some of our same employees for 25 to 30 years. People like that they can come in and request the same waitress.”

Jerry concurs. “People are aware…that most supper clubs are owned by families. You don’t find a supper club that’s corporate. We’ve got families who come in who’ve watched our kids grow up, running around under the tables, and now those same kids are waiting on them.” 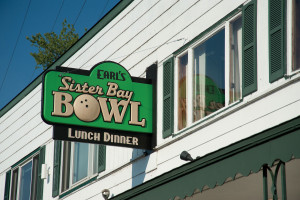 For these reasons, the Kwaterskis and the Geitners are optimistic about the future of supper clubs.

“People are looking for the nostalgia of a supper club,” says Jerry.

Indeed, in an era of big-chain, corporate restaurant culture, the nostalgic cache of the traditional family-owned supper club cannot be underestimated. Up-and-coming restaurants like the Old-Fashioned (in Madison’s central capitol square) seek to marry the down-home décor and menu of supper clubs with cutting-edge culinary techniques and an emphasis on local, organic ingredients. Madison’s Capital Brewery recently introduced a beer called Supper Club to its line, highlighting the old-fashioned connotations of the beer’s name with a brightly colored, retro-looking label. There has even been a surge of renewed interest in supper clubs from the United Kingdom, where small American-style supper clubs have begun to crop up in London and beyond.

“It’s a popular thing again,” says Jerry, whose sign at Florian II once again proudly bears the supper club label. “It’s gone the whole circle and it’s coming back around.”

The supper club is loosely defined as a restaurant that features a large bar specializing in brandy cocktails, a separate dining room serving traditional meat-and-potatoes fare, and a focus on a live music or other entertainment, inviting restaurant-goers to turn their evening meal into a full night out. Dark but comfortable, semi-formal but affordable, the traditional supper club has now rooted itself deeply and indelibly in Wisconsin mythology.