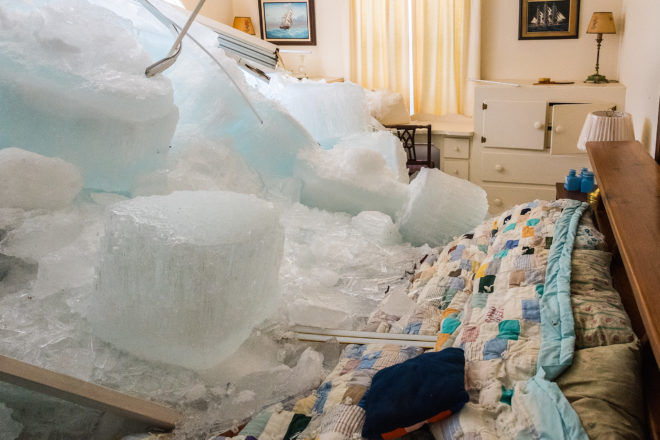 Ice shoves crashed through the windows and onto the bed of a home in the southern Door County Town of Union. Luckily no one was sleeping at the time. Photo by Len Villano.

Mother Nature flexed her muscles on the last day of March with an ice shove that entered an unoccupied cottage on Bayshore Road in the Town of Union.

“It happened on Saturday at 9 in the morning. If you had been sleeping it would have sounded like a freight train coming in,” said property manager Greg Ludwig, who lives in Green Bay and was notified Saturday by the Brown County Sheriff’s Department of the problem.

“They were concerned the ice was going to push the cabin off its mooring, break the gas lines and explode. That was the biggest concern,” Ludwig said. However, after breaking through a bedroom wall, the ice quit shoving.

While there were reports of ice shoves taking out shoreline trees south of Union on the bay of Green Bay on March 31, the cottage was the only reported damage to a residence.

“If you look down the bay, it only hit that part of the shoreline. It didn’t hit anywhere else but right there,” Ludwig said.

Despite the destruction, Ludwig said when he first arrived on the scene, the ice was a gorgeous blue, but it has since snowed and covered the mound of ice. An excavator is scheduled to be at the cottage to move the mound of ice from the house.

“They’re going to try to pull it out of the way because there’s a dump truck full of ice in the bedroom,” Ludwig said. “It’s going to get warm and start melting. We have to get the ice away and empty it out of the bedroom before it causes even more damage.” 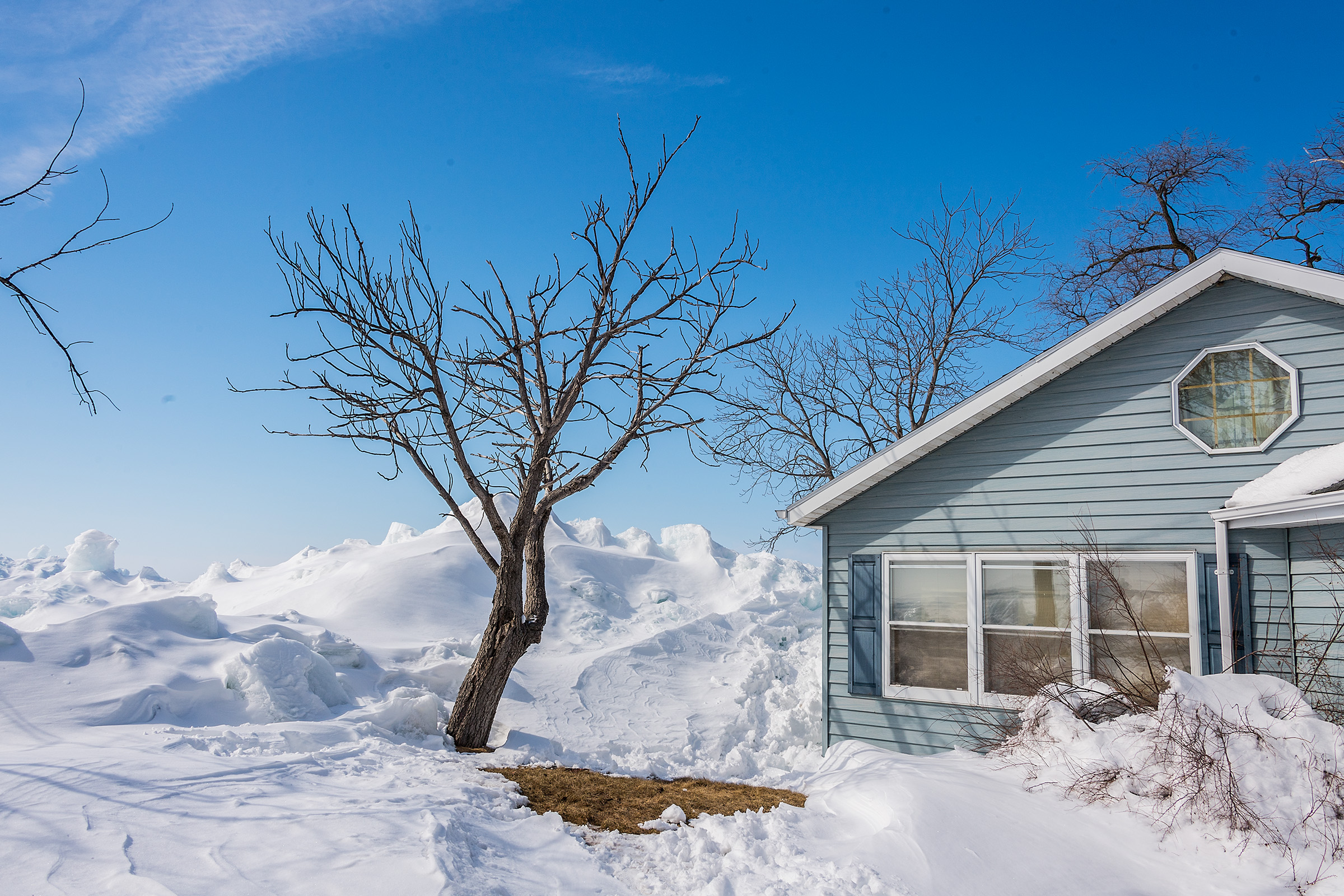 An ice shove made a direct hit on this home in the Town of Union in southern Door County. Photo by Len Villano.