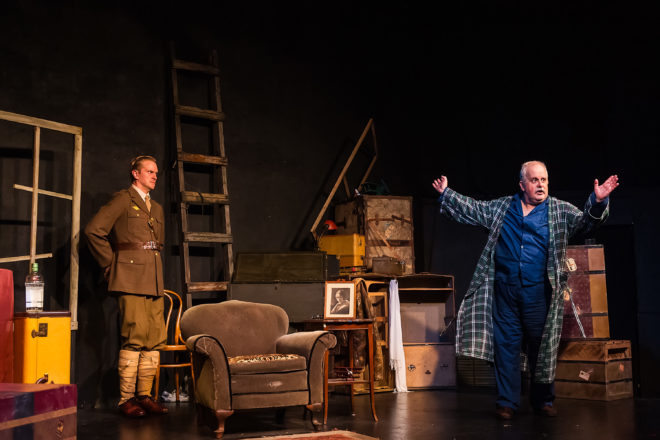 This summer I spent upwards of 20 hours listening to Dan Carlin’s “Blueprint for Armageddon,” a six-part series detailing the day-to-day events and conditions of World War I. The series revisited the key battles and political turning points of the timeline, but it was clear you could spend countless more hours detailing the individual experiences of those who served. Most impactful were the personal stories hailing from the front line of the Western Front and the evolution of trench warfare. After hearing of Third Avenue Playhouse’s latest production featuring a WWI fighter pilot who became a Canadian war hero, I was eager to continue my immersion into the tales of wartime.

The two-man show, Billy Bishop Goes to War, highlights a pilot’s journey to heroism through memories revisited and retold. The main character, Major William Avery Bishop, or “Billy” Bishop, is based on the real “Canadian flying ace” of the British Armed Forces. Now an aging man dressed in pajamas, he speaks to the audience of how he overcame his bad academics and seemingly bad coordination to be the first Canadian pilot awarded the Victoria Cross.

Billy Bishop is played by Drew Brhel, with Ryan Cappleman playing the role of piano player. The play is directed by Robert Boles, who was inspired by his viewing of the play last year in Toronto featuring the original writers and actors John Gray and Eric Peterson. The pair first premiered the play in November 1978 and adapted it to better reflect the passage of time evident in their additional 40 years of age. 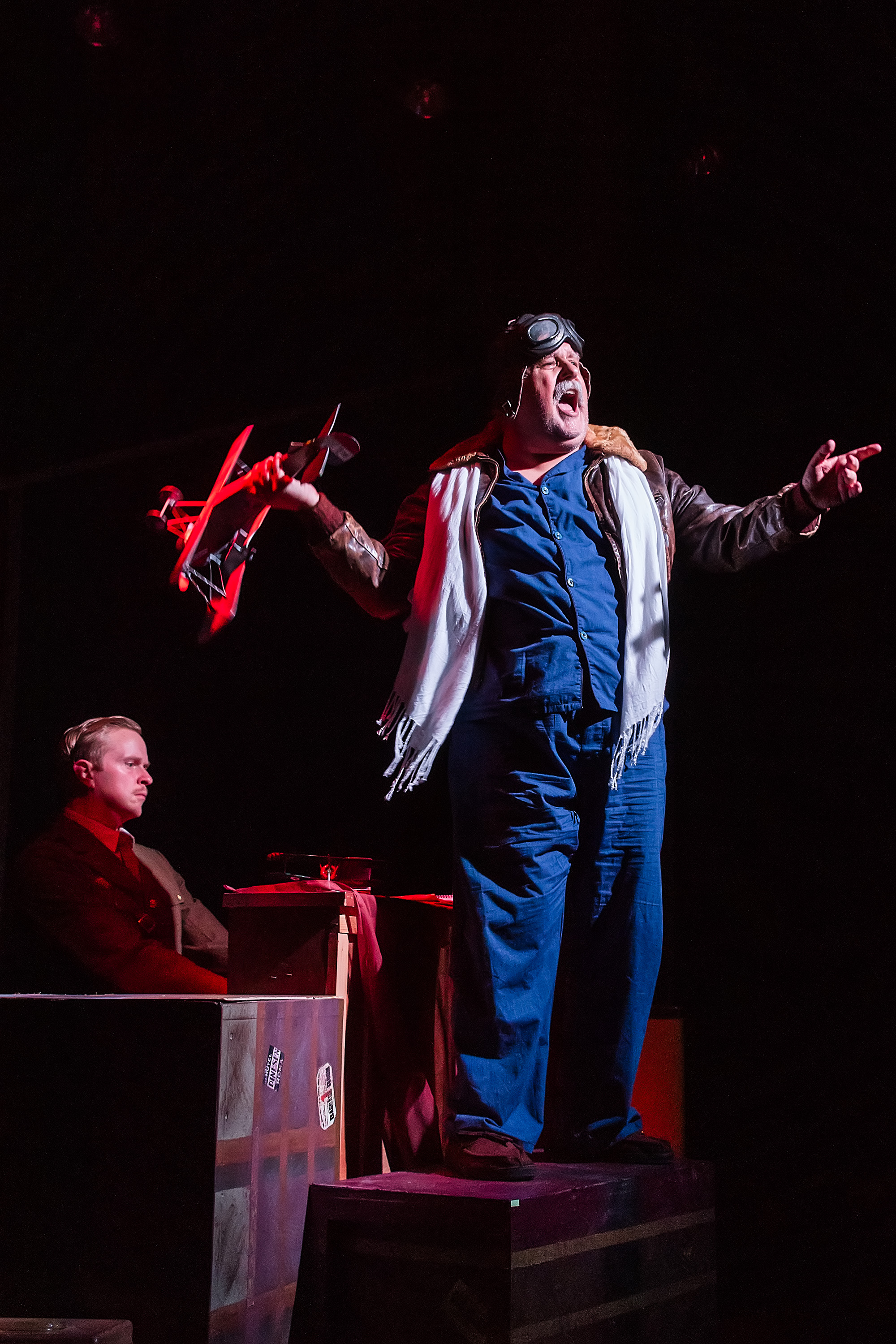 Bishop’s tale begins as he recalls his youth:  he wasn’t good at sports, and was even worse at  school. He had no interest in academic achievement, but found no more success in attending the Royal Military College. He was on the brink of expulsion when the British Empire declared war on the German and Austro-Hungarian empires in 1914, putting him in active duty. There begins the unlikely story of Bishop’s career as WWI pilot.

Brhel’s portrayal of Bishop is convincing and whole-hearted; I felt as though I truly was in the midst of the famed war pilot and could feel the hurricane of emotions the memories resurrected. He pinballs between the highs of his numerous victories and rare moments of good cheer amongst good comrades and the lows of combat fought in the knee-deep mud and loss of those same comrades as the war extends longer than anyone’s imagination could have dreamt.

While there were somber moments that conveyed the deep sadness brought home by every surviving soldier, they were each followed with a moment of renewed hope and a nod to the undying humanity that kept countless men alive through the darkest of days. The story of Billy Bishop Goes to War allows for an unlikely hero to emerge, telling a story that brings humor, lively songs and a few high-kicks to a depressing war narrative without losing perspective on the momentous nature of that era. A mixture of love, loss and humbling victories does an excellent job painting a picture of what so many endured during the four long years of World War I.

Billy Bishop Goes To War is on stage at Third Avenue Playhouse (TAP) until Oct. 21, with showtimes Wednesday through Saturday at 7:30 pm and Sunday at 2 pm.