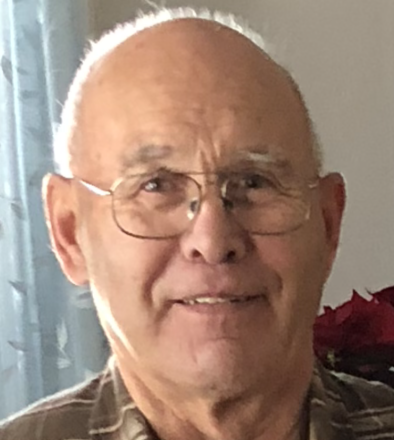 Andrew John Jandrin, 76, of Sturgeon Bay died at his home surrounded by his family in the Town of Clay Banks on Sept. 10, 2018.  He was born Oct. 30, 1941, to William and Mabel (Charles) Jandrin in the Town of Lincoln.  On Oct. 25, 1967, he married Roseanne Marie Ferron in Maplewood, and together they shared 50 wonderful years of marriage.

Andrew enjoyed farming, his faith, family and sitting on his porch. He was an honest strong man. He loved his family, helping out his neighbors and was a man of his word.

Funeral Services will be at 11 am Thursday, Sept. 13, 2018, at Holy Name of Mary Church, Maplewood, the Rev. Carl Schmitt and Rev. Anthony Birdsall officiating.  Burial will be in the church cemetery.  Friends may call from 3 – 7:30 pm. Wednesday at the Forbes Funeral Home, a rosary will be said at 7: 30 pm.

Thank you to Unity Hospice and Doctors at Froedtert Hospital, also to all of his children who helped him with his farm up until the end.  His children gave him the dream of harvesting his crops this year.