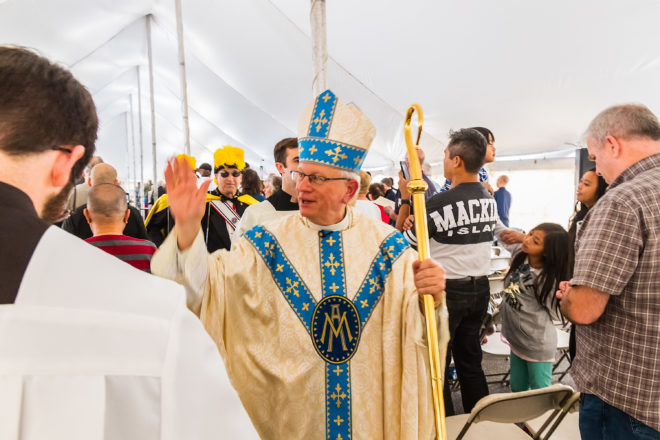 Catholic pilgrims flocked to tiny Champion in Kewaunee County earlier this week to take part in the annual Miracle of the Prayer Service on Oct. 8 and Apparition Day on Oct. 9 at the Shrine of Our Lady of Good Help.

Apparition Day marks the day in 1859 when 28-year-old Adele Brise was visited by Mary, who identified herself as Queen of Heaven, and advised Adele to evangelize. 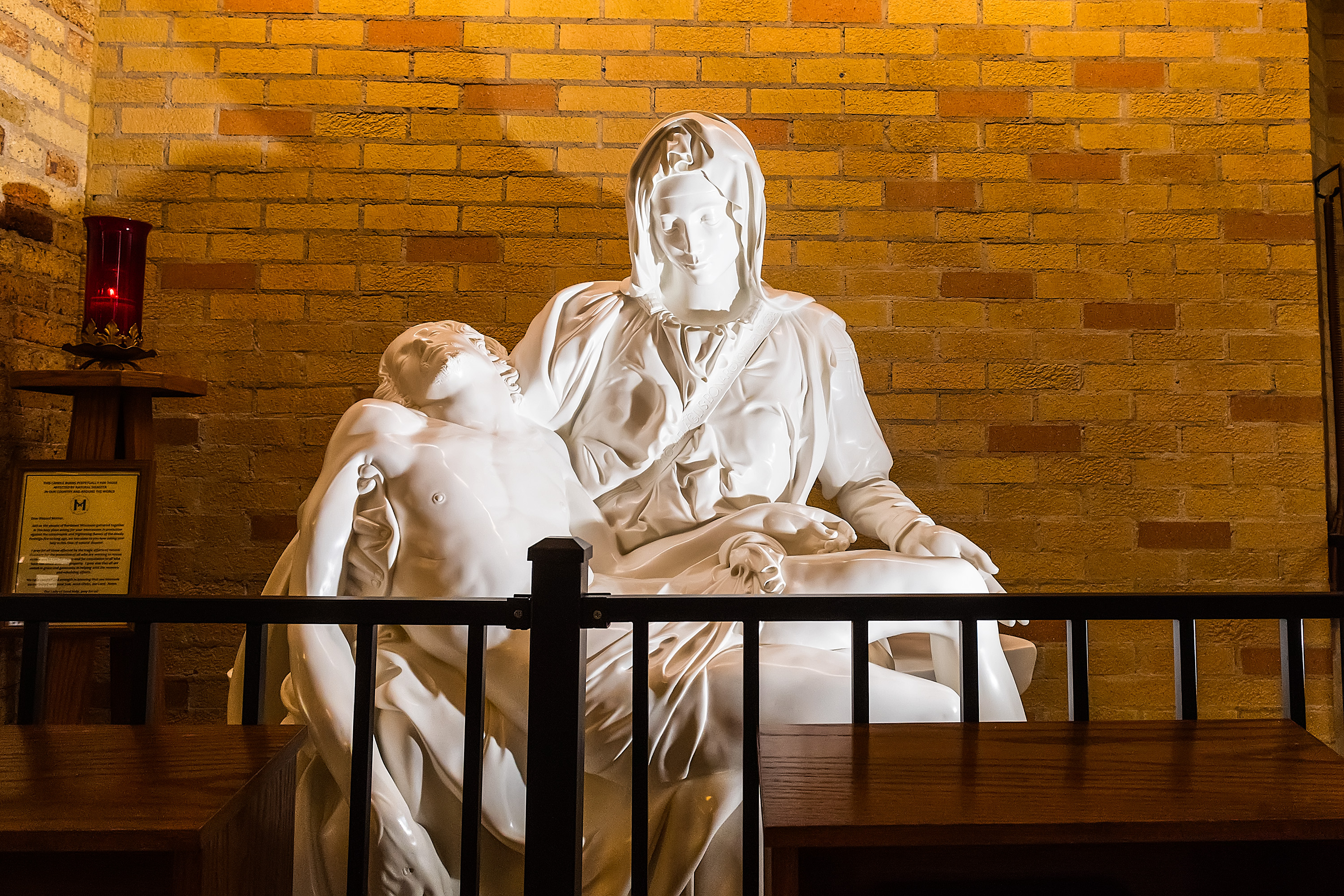 On Oct. 8, 1871, the day of the Peshtigo fire, the worst recorded fire in U.S. history, as the firestorm worked its way along the southern part of the Door Peninsula, Adele and others stayed on the chapel grounds and prayed to the Virgin Mary for protection.

“The rains came and the fire subsided just outside the chapel grounds,” said Corrie Campbell, communications and events director for the shrine. “They say it was ‘an emerald in a sea of ashes.’ We commemorate that every year with an overnight procession and praying the Rosary every hour, just as they did in 1871.” 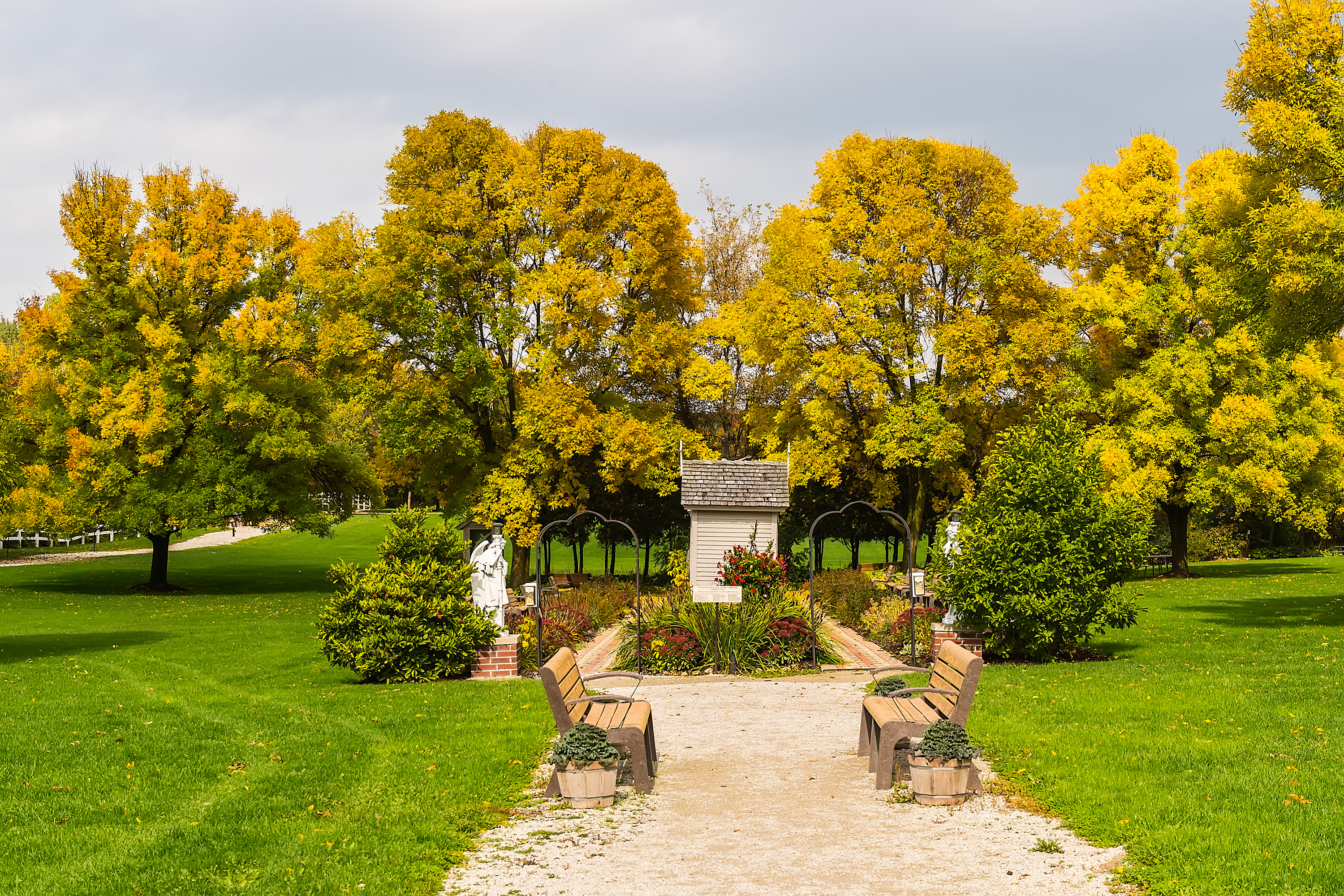 Campbell said the annual celebration draws people from all over, as well as descendants of the Belgian immigrants who first worshiped at the chapel with Sister Adele Brise. She estimated that 1,000 people visited the chapel for Apparition Day on Tuesday.

Campbell said on Oct. 8 there was also a large event called for by the bishops of Wisconsin, with all the bishops and priests in the state in attendance for a service of reparation and atonement for clergy abuse.

“They felt a need for that to be addressed outright,” she said. “It was a very important thing for our clergy to do and for people who need that prayer.” 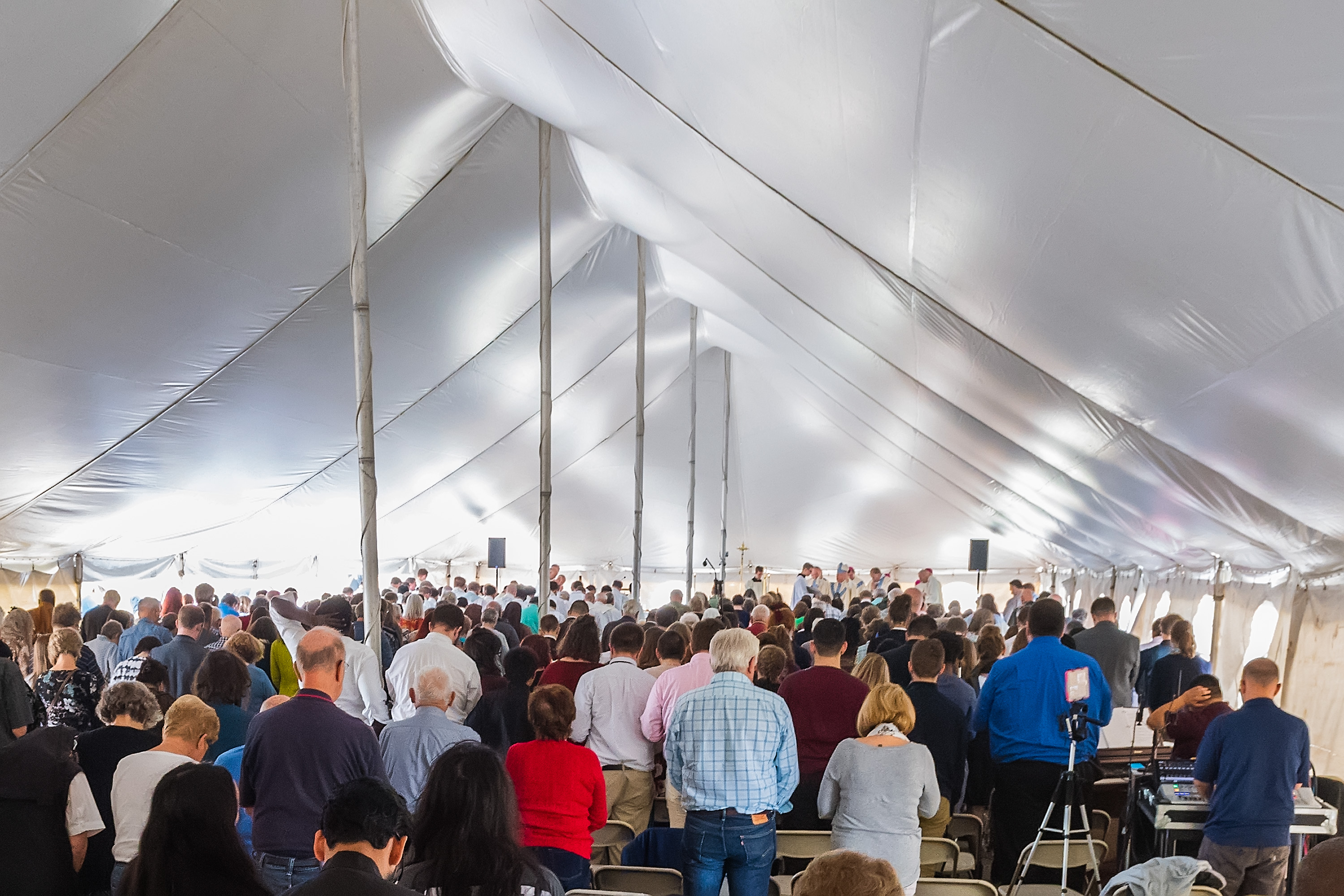 The shrine was recently gifted an exact replica of Michelangelo’s “Pietà,” which will be a focal point of the new prayer and event center that will open next spring.

“As we have grown as an international shrine, one of only 16 in the world, we have had to use large tents to accommodate people,” Campbell said. “We’re tired of the large tents, so this building will be used year round, with the ‘Pietà’ as a focal point.”

The site has undergone many changes since the first small chapel Adele Brise’s father built in 1859, but Campbell said one thing will never change:  “We want this to remain a sacred site in the rural environment that Adele preached. We want to make sure we maintain the rural character and peaceful feeling, a place in the world where people can escape and feel at one and at peace through prayer to our blessed mother and her son, particularly in these times.”

Mass is held at the National Shrine daily at 11 am and at 8:30 am on Tuesday and Saturday. Confession is at 10 am Sunday – Friday and 9:15 am on Saturday. Devotions take place Wednesday at 4:30 pm, during the Sunday Holy Hour at 2 pm, Saturday and Sunday at 3 pm and the first Saturday of the month after the 8:30 am Mass.