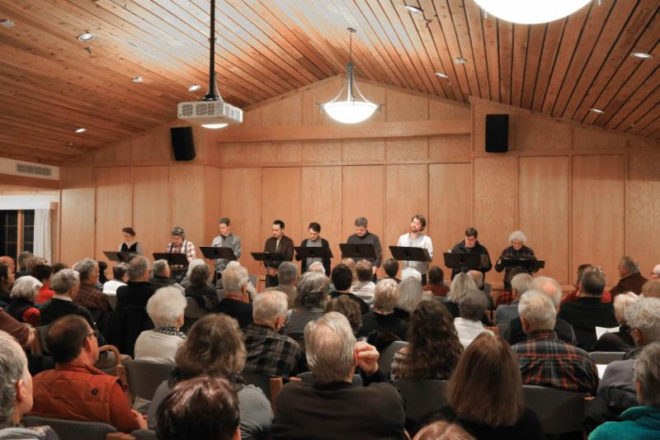 Peninsula Players Theatre presented a reading of Kristine Thatcher’s Apparitions on Feb. 4 to a capacity crowd at Björklunden. Peninsula Players commissioned Thatcher in the mid-1990s to write a play using Door County’s history and unique character as its major influence.

“It was very exhilarating to see so many members of the community who braved the weather to join us,” said Brian Kelsey, Peninsula Players’ managing director. “Tonight’s audience of more than 160 is the largest we’ve hosted.”

The 2019 The Play’s the Thing series also includes Tales of Men and Ghosts on March 4 and Love, the Cracksman on April 1. Both will begin at 7 pm at Björklunden, where seating is limited.

For more information and to buy tickets for the Players’ 2019 summer/fall season, visit peninsulaplayers.com.