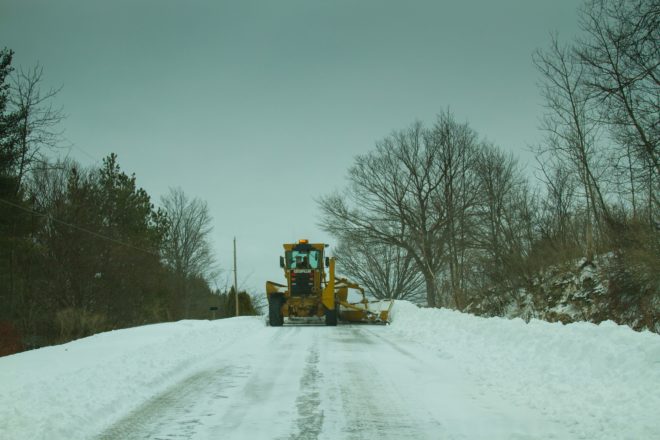 Rollie Jorns learned just how dangerous the recent April snowfall was when he was shoveling snow near his maple syrup production building in Egg Harbor on Wednesday when snow slid off the metal roof and nearly buried him.

“I had three orders to fill so I had to shovel a path to my maple syrup plant,” he said. “I was shoveling the walk and all of a sudden there was an avalanche. I was pinned down. I was pinned right down and I couldn’t move. It covered me up right to my head, but I got my hand out. Luckily, I was able to get to my phone and call my son. I couldn’t get my feet out so I had to get shoveled out.”

Jorns said by the time his son arrived, he was starting to get soaked by the snow that covered him.

“He had to use a gravel shovel because the snow is so crusty,” he said. “I’m kind of lucky I got through that baby. She whapped me with two feet of snow and whacked me right on the head. Now the snow that came off the roof is right up to the windows. If you have two feet up there, that’s a lot of snow coming at you.” 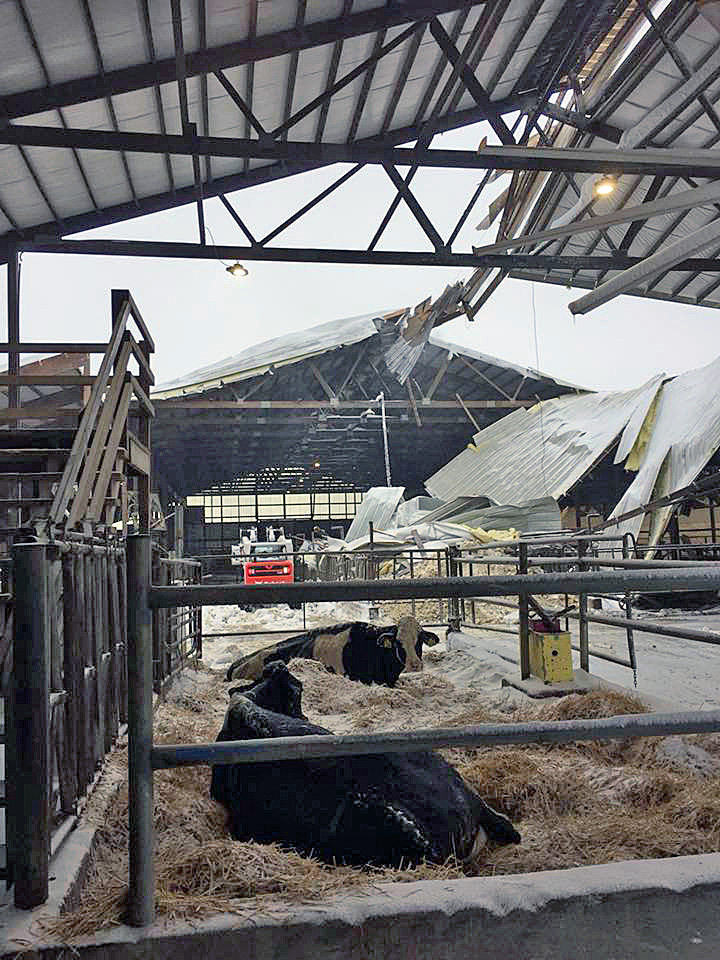 However, the reason for calling Jorns was to ask what the several feet of mid-April snow meant for sap gathering for his maple syrup production?

“It’s stretching out the season over a month already, and not much sap,” he said. “It might do a little bit now if the trees aren’t dried up. But it’s not been one of my favorite seasons, no.”

A little farther south at the Ebert farm in Algoma, last weekend’s massive snow caved in roofs on the maternity barn and four milking barns.

“Good news, nobody hurt and a minimal number of cows affected,” Randy Ebert reported on Wednesday. “On Sunday a majority of Wisconsin was hunkered in watching movies or doing whatever. I not only had my full crew here, but people who had the weekend off came in and got through some of this. Pretty impressed by my employees.”

Ebert laughed when asked how the spring blizzard is setting back his operation.

“We should be out in the field already,” he said. “The first couple weeks of April we’re picking stones on the all the acres where we plant cover crops because we harvest our cover crops. We haven’t picked any stones yet and now we’ve got another 10 days or two weeks before the snow is gone so we can pick the stones. Usually we’re planting things before the end of April. I think Wisconsin is going to be two to four weeks behind, no matter how you like at it. But those things I don’t worry about because the good Lord controls that and we can’t change that.”

Door County Highway Commissioner John Kolodziej had nothing but praise for the crew who worked three straight days to keep the county’s roads open.

“I can’t remember a time when we had to work such long hours,” he said. “We were pushing 17-, 18-hour days for the first two days. That’s pretty difficult, to be in a truck that long. It was tough but the guys did a remarkable job.”

So taxed was the Highway Department that some who don’t normally drive plows were platooned to help, including a bridge tender and a supervisor, Kolodziej said.

“It’s the first time we’ve had supervisors getting into a plow truck,” he said. “They did it without question.”