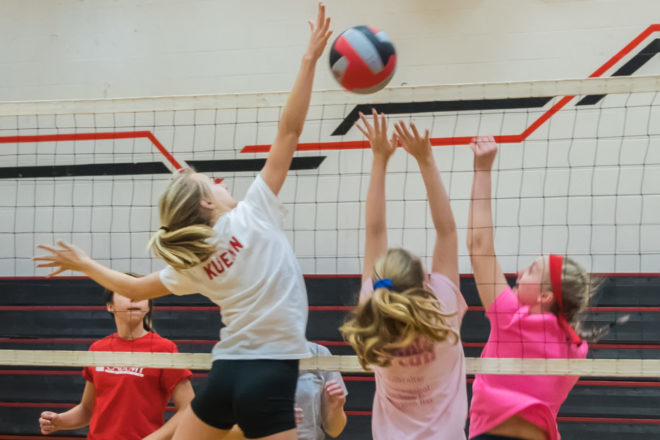 The Wisconsin Volleyball Academy (WVA) – Door County club teams are entering the second half of the season and are eager to continue competing in the coming months. Area players and coaches have been hitting the courts regularly to practice and compete in events across the state since early January and will continue through April.

Founded in 2004, the WVA oversees approximately 60 teams in northeastern Wisconsin that are comprised of athletes ranging from youths to high school seniors. The Academy contains both girls and boys programs. 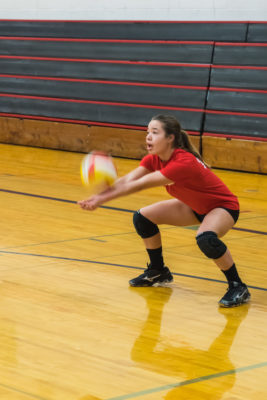 The Door County program is currently in its fourth season. Beginning with 18 middle school players in its first season, the program has since grown to 40 players, ranging in ages from 13 to 18. It now consists of four girls’ teams. Within the Door County program are the 14-Purple, 14-White, 16-White and 18-White teams.

Coach Ann Ploor finds it gratifying to work with a variety of athletes from different parts of the county.

“It is so rewarding to see how these girls progress at all levels with just a total of four hours of practice a week and six one-day tournaments,” Ploor said.

Although WVA’s season began in January, players have been hard at work, training and playing nearly year-round. Most players participate on their respective WIAA school teams, which began practice in mid-August and concluded state tournament play in early November.

“Our club has a lot to offer players and it is right in their backyard,” Ploor stated. “Players are encouraged to participate in their high school sports as well. Many of our players participate in basketball and play club volleyball with the understanding that basketball comes first. This philosophy has worked out great for us.” 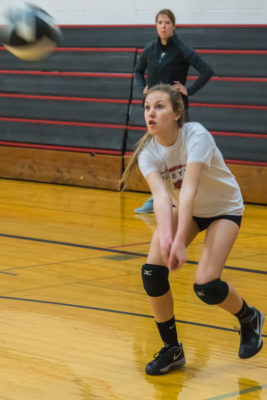 As with local players competing with their WIAA affiliated schools, the area coaches also pull “double-duty” and assume dual-roles of head coaches and assistant coaches on various teams.

“We have a very knowledgeable coaching staff that makes this happen,” Ploor said. “Both of our middle school coaches, Stacy Judas and Mary Volkmann, are varsity high school coaches and former collegiate volleyball players. Angela Weber, our newly recruited coach, has coached her club team to a couple of first place finishes.”

With coaches and players competing against one another in the fall before joining together in club volleyball makes it a unique experience for all involved, according to Ploor.

“The players develop friendships…something that may not have happened if they were only playing for their school,” she said. “Because WVA represents the county and not just a school, the kids have a sense of community and not so much rivalry.”

Ploor did note that players do enjoy the rivalries that come with school-sponsored volleyball.

“Not that rivalry is bad…the players will still give each other smack when competing against each other,” she said.

With the success and enjoyment that these club volleyball coaches and players experience, it does provide some challenges. 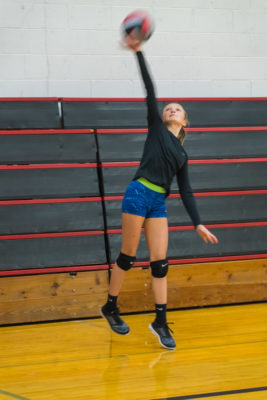 “Because we are a small community, at the high school level it is difficult to fill a true leveled team,” Ploor said. “For example, this year we have seniors’ Lexi Anderson from Preble High, Demi Ploor from Sevastopol, and Zsa Zsa Tebon from Sturgeon Bay – all die-hard volleyball players. In order for these girls to play one more season, we had to pull some young players up to play some pretty high-end ball.”

Ploor added, “Our 18s team consist of three freshman, one sophomore, two juniors and three seniors. Those young players figure out pretty quick how to play volleyball, and it makes them so much better prepared for their high school seasons.”

Finding coaches to take on the duties of coaching club volleyball can also be a challenge, especially with WIAA rules prohibiting school coaches from training their players outside of the WIAA season.

“Like most sports, finding coaches either with experience, or to train isn’t an easy task, especially at the high school level because high school coaches are unable to coach their own players,” Ploor said. “I would love to have some more of those high school coaches get involved with our younger players. I would be happy to break in any volleyball enthusiast!”

Justin Skiba is a local educator and former high school football coach. He lives in Sturgeon Bay with his wife, Stephanie, and daughter, Delaney.