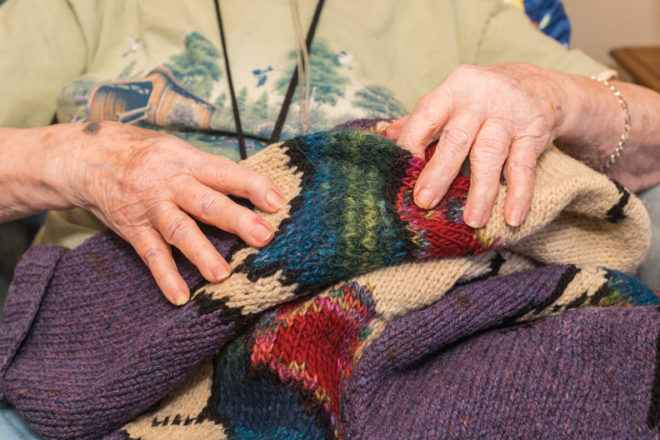 Twenty years ago, Lorraine Mengert provided the Door County community with a gift — a small, unassuming volume innocuously titled Door County’s Art History. Though diminutive, the book overflows with the names, places and stories that created and have nurtured Door County’s vibrant art culture and a large part of its identity since the early 1900s.

The book describes, for instance, the artists’ colony on Muckian Road (now Chapel Lane) in Baileys Harbor run in the 1920s by Dr. F. DeForrest Schook of the Art Institute of Chicago. Abandoned barns provided the lumber for lodging cabins and studios for 50 World War I veterans. These young men painted, held dances and organized parades and, in the process, endeared themselves to the Door County community. 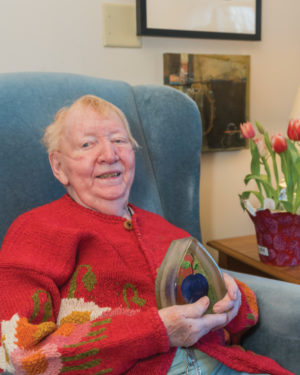 It describes the Ludolph and Mary Marguerite Arens’ Summer Art Colony located in Idlewild, south of Sturgeon Bay, that attracted music and drama students from around the Midwest for 30 years until high water in Sawyer Harbor destroyed the main dormitory and forced the school’s closure.

It also records the humble and tenuous beginnings of enterprises that now seem as much a part of Door County as the bedrock, organizations such as Midsummer’s Music Festival, The Clearing Folk School and Peninsula Players, to name just a few. Interspersed with highly recognizable pen and ink drawings by the author, Door County’s Art History has gained value as time marches on and memories fade.

“I wanted to pay tribute to the dreams and hard work of so many people,” Mengert says. “I wanted to record some of the stories that might otherwise be forgotten.”

In the preface to Door County’s Art History, Mengert laments the need for constant revisions and amendments. “I have become increasingly aware, as I have procrastinated about putting these pages together, that we are living in history.” This observation was particularly true for Lorraine herself, as she played an integral role in creating some of the history captured in her book.

An avid weaver and knitter and a curious dabbler in other media, Lorraine attended a design class at the Peninsula Art School in 1981, the first year the school opened after a substantial reorganization. The following year, she was asked to teach a children’s art class. The year after that, she was hired as director of the art school, a position she held while simultaneously teaching elementary art in southern Wisconsin. In 1985, she retired from a 22-year career in teaching and moved to Door County with her husband Carl, a fellow teacher and well-known watercolor artist.

During her years in administration, Lorraine never completely relinquished her role as teacher. Carl recalls the years they lived on Lake Michigan. Lorraine invited children who happened to be playing on the beach or visiting their grandparents to p 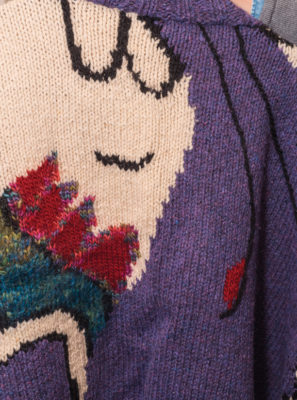 articipate in impromptu art sessions, painting rocks and weaving baskets. He laughs, “There were times I thought we were running a summer day camp.”

Lorraine now spends a good amount of time in the cozy corner of her room at the Cardinal Ridge assisted living home. She is surrounded by the work of artists she loved, lauded and collected during her lengthy and mixed career and by others who have emerged more recently on Door County’s art scene. Above her head is a winter woodland composition by Jack Anderson, her “current favorite.” On her dresser are three-dimensional pieces by Stephanie Trenchard and Jim Rericha. The lamp that sits on the table next to her reading chair is an Aurelius original and the paintings on the wall opposite were created by Bridget Austin and Liz Maltman. It’s fair to say that few assisted living rooms are so richly appointed.

Lorraine looks on these beloved items as familiar friends. In their midst, she appears to be one more beatific work of art, sculpted by 88 years of living. When asked what aspect of her life in art she’s enjoyed most, she responds without hesitation.

“Teaching. I liked the people.”

Carl, who lives at Cardinal Ridge as well and moved there to remain close to Lorraine, takes the opportunity to interject his signature impish humor, humor that’s seasoned their marriage for 68 years. In a droll voice and with a twinkle in his eye, he says, “She liked them, but they didn’t like her much.” Lorraine looks at him and they dissolve into mutual laughter. She gives a knowing look and a wink, and says, “I feel so much gratitude. I’ve enjoyed my life so much.”